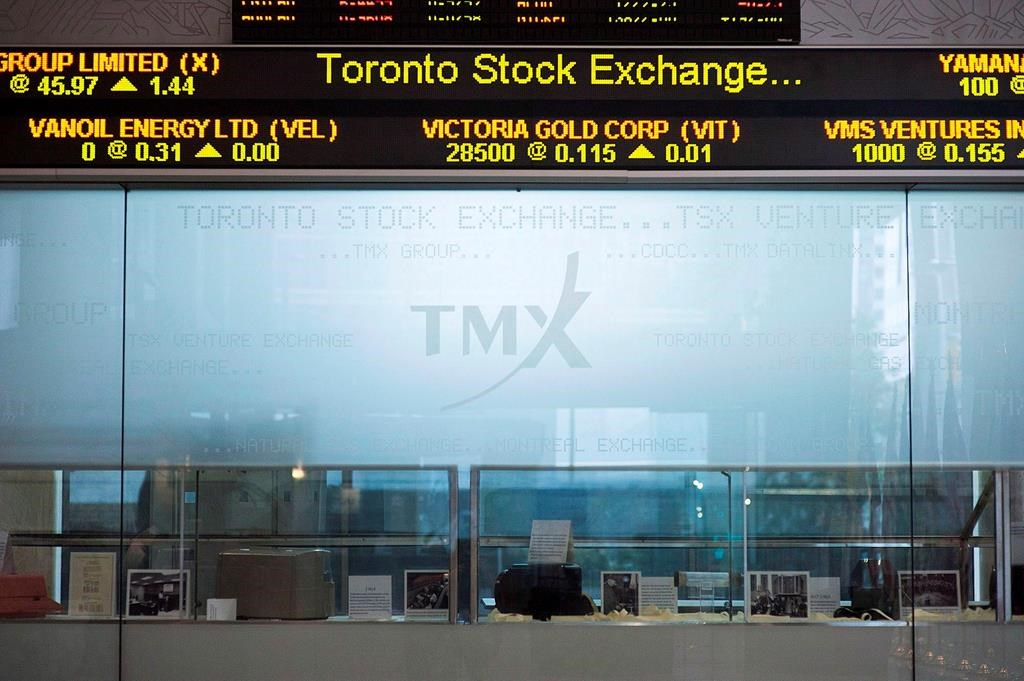 Canada's main stock index began the week higher as Alberta production cuts helped to lift oil prices to their largest gain since June, while investors felt relief from a preliminary trade truce between the U.S. and China.

Western Canadian Select rose 9.6 per cent or US$1.48 to US$16.93 after Alberta Premier Rachel Notley instructed the province's energy regulator to direct oil producers to cut production by 8.7 per cent starting Jan. 1.

Oil prices also rose on continued expectation that OPEC on Thursday will cut production by up to 1.5 million barrels a day to support prices.

The energy sector gained almost four per cent and higher gold prices helped the materials sector to rise more than two per cent.

The January natural gas contract was down 27.3 cents at US$4.34 per mmBTU.

A weekend 90-day ceasefire between the U.S. and China on imposing higher tariffs was a catalyst for global markets to rise even though a final resolution is far from certain, Fehr said in an interview.

"It is far too early to sound the all-clear signal when it comes to the trade tension that exists between the U.S. and China," he said.

"That's an encouraging signal that both sides are willing to come to the table but this is far from a concrete agreement that provides a road map for what trade looks like going forward. It's premature to suggest that equity markets can unshackle themselves from the trade worries at this point."

TSX, WallSt, NASDAQ, and all

TSX, WallSt, NASDAQ, and all the other capitalist gambling casinos, have far too much influence on economic policy making. They once were the playground of the "wealthy barber investors" - a rather exclusive club. Now, they have, largely through pension, institutional, and "financial services" growth, embedded themselves in the entire socio-economic column, Instead of greasing the wheels of commerce, exchanges/markets, have created sclerotic chaos in the efforts to make economies rational, fair, and responsible. Dominated by the "big players", the "high rollers" - (how the terminology reinforces the gambling metaphore!) the entire capitalist market system conspires to reward the already rich and further impoverish the already poor. Government inaction and collusion only enables the lethal addiction.