After weekend with Bernie, Niki Ashton talks Progressive International: 'Our movement is a global movement. It must be.' 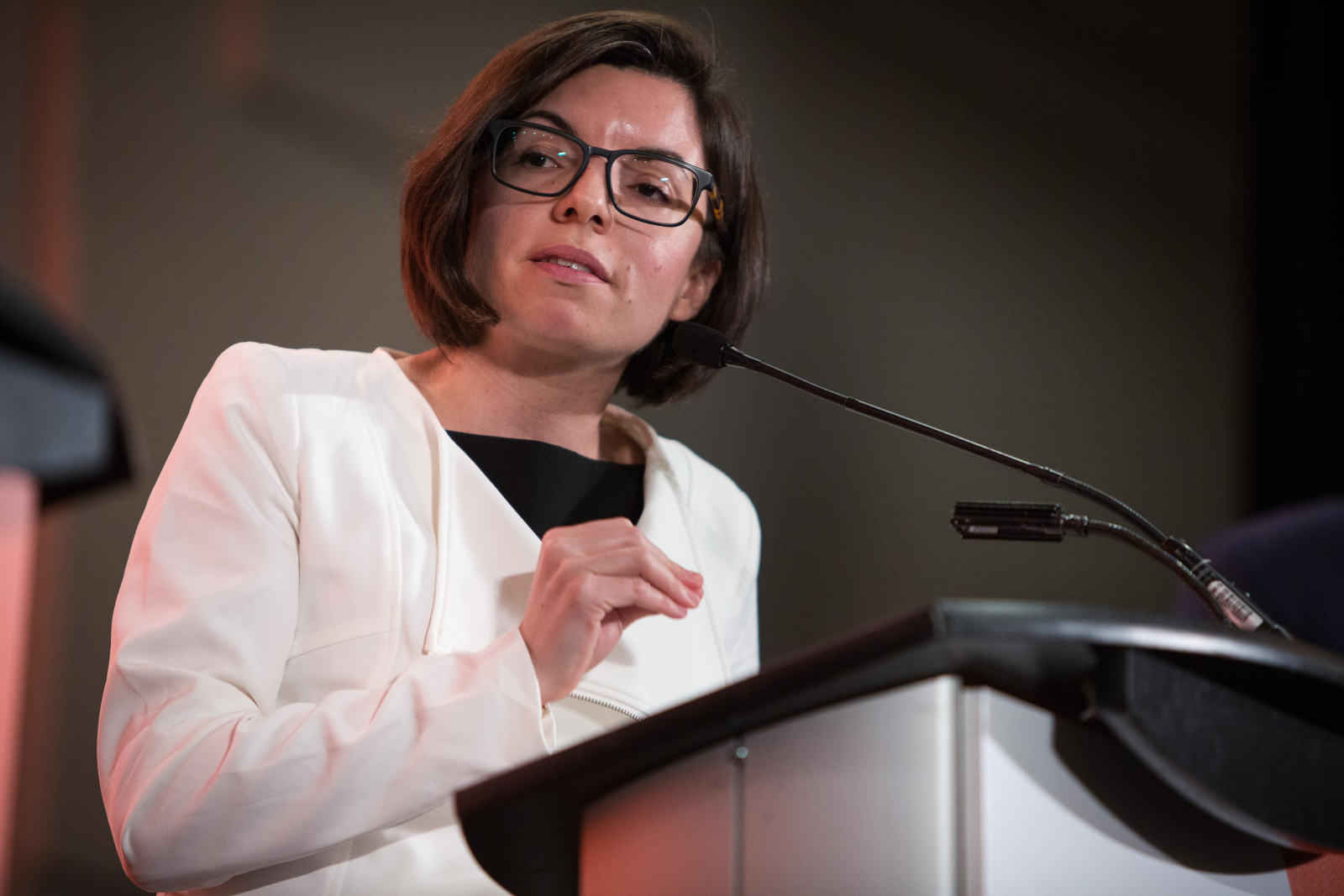 The time to act is now. No longer can progressives afford to work only in silos.

That's why I joined Jane Sanders, David Driscoll, Renata Avila, Yanis Varoufakis and many others in launching Progressive International, a call for a grassroots movement for global social, environmental and economic justice.

This call came at The Sanders Institute Gathering in Vermont last week, which brought together progressive leaders, activists, and movement builders from communities across the globe. I was on the panel with Sen. Bernie Sanders that preceded the call to create Progressive International.

I spoke of the crisis our generation, the millennial generation, is facing in Canada. I shared how young people are facing economic precarity in a way that hasn't been seen in generations. How our federal government continues to fail Indigenous peoples. How white supremacy and the rise of violence and hate has demanded we be ever more uncompromising when it comes to upholding the values of dignity, respect and justice.

When GM is threatening to shut down plants in Oshawa and Detroit, when hate and fascism is on the rise in the United States, Hungary, Brazil and here in Canada, when climate change is wreaking havoc on our coasts and our forests – it is clear that our challenges do not stop at borders.

Those that consolidate wealth and power, those that exploit fear and desperation to justify fascism, those that ignore climate change, are already working together. We must as well.

We must be unafraid of big, bold ideas for change. To work with, and learn from, communities already on the front lines organizing against neoliberal austerity measures. And to act now in the face of catastrophic climate change, and hold corporate greed to account for the damage it continues to cause.

Progressive International calls on us all to put people before profits. My generation and those coming up have little choice but to act now.

We need to join together to build a movement for global justice.

Editor's note: This article was updated at 7:25 p.m. ET on Dec. 5 to correct the spelling of Dave Driscoll's name.

Nikki, I have read your bio,

Nikki, I have read your bio, everyone knows Bernie's and Yanis'. You are all very accomplished, credentialed, motivate, even driven people. Which is great. But this movement, if it's to become one needs to engage the ordinary worker (I'm writing from a warehouse loading dock in Mississauga, ON... Doug Ford country), the unemployed person, the homeless person, the disenfranchised, imprisoned, gang-involved, etc. The "wretched of the earth". It must also avoid hating hate but must engage people's justified outrage, despair, cynicism, etc.band turn it, somehow, toward love. It must avoid the normal obsession with hierarchy and leadership, for wherever these are the dominant paradigm, the great bulk of the peoole are, by definition, followers. Not what is needed.
I dont pretend to know how to do any of this but I have donated 100 bucks and am examining my own heart for shades of counterproductive over-righteous indignation, etc. The individual heart is always the first and last priority in any movement, I think.
I wonder if the NDP (any political party!), in its modern form is a great home for a person like you. I am sure you must wonder this too from time to time. Good luck. Thanks for all the wicked hard work and accomplishment. You have every reason to be pleased with yourself, as those of us who admire you, Bernie, Yanis', and all the other remarkably accomplished and increasingly famous people in the movement do. But always beware this temptation. We must, as I'm sure you know, strive to go forward shoulder to shoulder in wide ranks, not narrow columns no matter how deep, how brilliantly led.

God. What pompous drivel. And

God. What pompous drivel. And sorry about the typos and spellchecker goofs.

NDP's Niki Ashton has a plan for a greener government