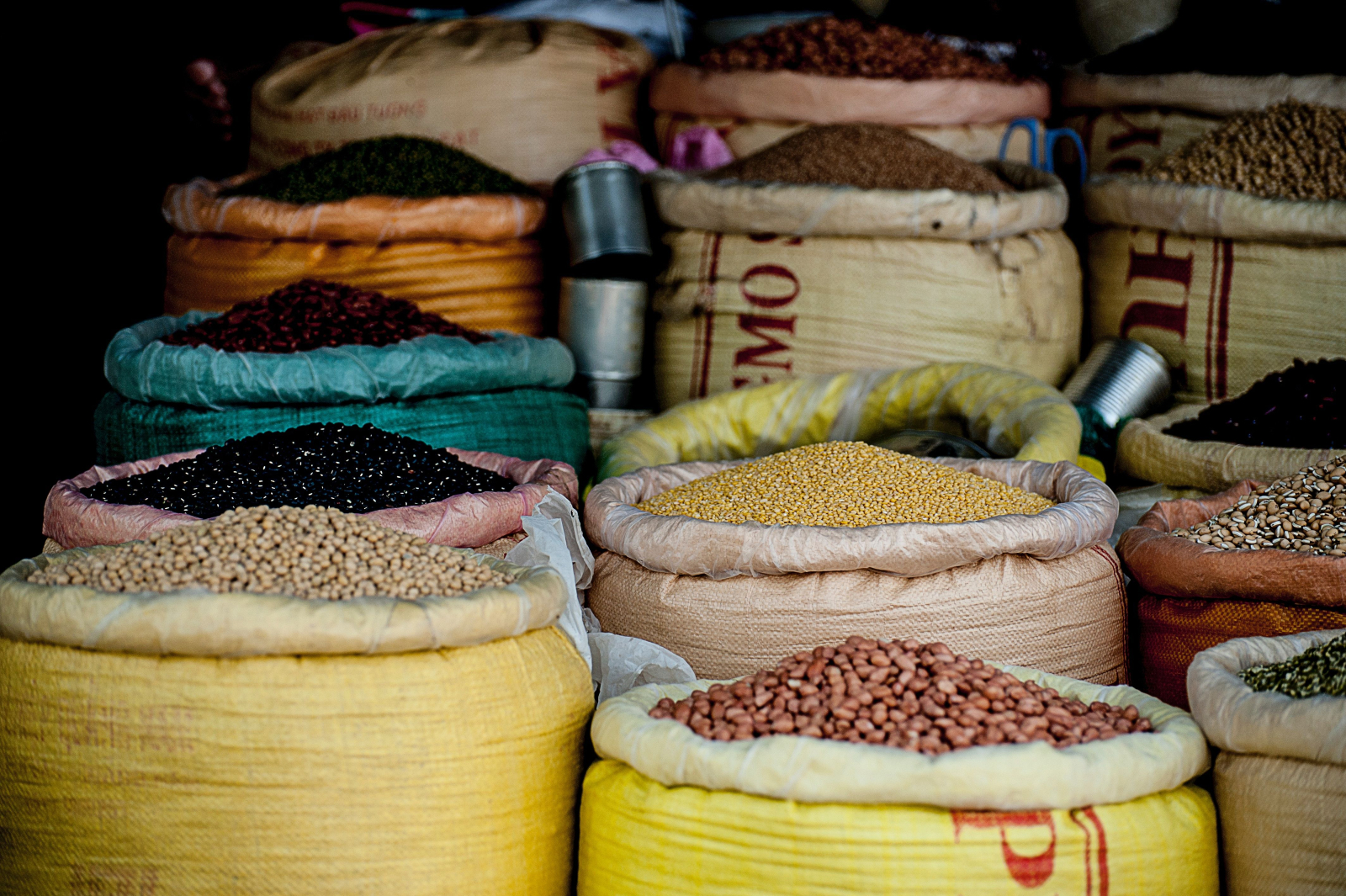 Beans and spices. Photo by @oldskoolphotography on Unsplash
Previous story
Next story

Last week, the federal government announced that it would give $28 million to Maple Leaf Foods to help build a state-of-the-art poultry slaughterhouse and processing facility.

Maple Leaf Foods president Michael McCain says the facility will “advance our vision to be the global leader in sustainable protein,” while Canada’s Minister of Agriculture and Agri-Food Lawrence MacAulay says the government’s investment will help increase the “sustainability of our agricultural sector.”

But is this really the best way to improve the sustainability of Canada’s food system?

Last month, the United Nations Intergovernmental Panel on Climate Change (IPCC) warned that human activities have already caused 1 C of global warming, and stated that keeping total warming below 2 C—or better yet 1.5 C—is essential to protecting our health, livelihoods, food security, water supply, human security, and economic growth. This is not a small problem requiring modest solutions. According to the panel report, we need “rapid, far-reaching and unprecedented changes in all aspects of society.”

And the time is now, said IPCC working group co-chair Debra Roberts:“The next few years are probably the most important in our history.”

Days later, research published in the journal Nature found that a global shift to a predominantly plant-based diet could reduce projected greenhouse gas emissions by 56 percent by 2050, playing an essential role in avoiding climate breakdown. The researchers also pointed out that such a diet would “more comprehensively reflect the current evidence on healthy eating.” People in rich western countries would need to increase consumption of legumes by about five times. The researchers asserted that changing diets requires “clear policy measures,” including fiscal policies like taxation, subsidies, and other economic incentives. This is the opposite of contributing $28 million towards increasing our capacity to eat meat.

Although chicken is more sustainable than beef, it’s nowhere near as sustainable as proteins from legumes. Chickens need to be housed, watered, and fed. A World Resources Institute report says that for every nine calories of crops fed to chickens, only one calorie of food is produced for humans. Meanwhile, legumes—which are rich in protein, iron, other minerals, fibre, vitamins, and phytonutrients—require little water to grow. And they even improve soil health by capturing nitrogen from the air and dispersing it in the soil, reducing the need for fertilizers. Legumes are protein sustainability superheroes.

This isn’t news to Maple Leaf Foods, which has acquired plant-based protein companies Lightlife and Field Roast, and launched Greenleaf Foods to manage the growth of its plant-based foods portfolio. According to a news release, Greenleaf accurately asserts that “plant-based foods are vital for the health of people and our planet.”

Nor is this news to the federal government. Earlier this month, Minister of Innovation, Science and Economic Development Navdeep Bains announced that it would be contributing $153 million—matched dollar for dollar by the private sector—towards a protein industries “supercluster,” which could increase the value of Canada’s plant-based protein crops, create 4,500 new jobs and add $4.5 billion to Canada’s GDP.

These are steps in the right direction, but we need more than regular steps. We need “rapid, far-reaching, and unprecedented” steps. To meet our sustainability goals, the food sector must pivot towards aggressively producing and promoting plant-based foods. The government is responsible for aiding this transition, by implementing educational, labeling, and fiscal policy measures that nudge consumers towards diets rich in plants.

The need for governments to use policy to encourage plant-based diets goes beyond my opinion. It's the evidence-based conclusion in reports published by the United Nations Food and Agricultural Organization, the World Health Organization, and think tank Chatham House.

Putting money into growing the chicken meat industry is like putting money into pipelines: either it’s a successful investment, and we damage our fragile environment and thus ourselves or Canadians really do shift towards a sustainable plant-based diet, rendering an enormous chicken processing facility obsolete. Either way, the investment is an ultimate loss for society.

Now more than ever, we need Canadian government and industry leadership to make an urgent transition to a healthy and sustainable plant-based diet. The future of our planet depends on it.

Thank you for this. Scientific studies showing the environmental necessity of drastically reducing meat and dairy consumption are now appearing so frequently that it's getting hard to keep track of them all. And that's just the environmental side of things, never mind the ethics of inflicting suffering and death on billions of sentient creatures just to satisfy our habitual tastes. Are “rapid, far-reaching, and unprecedented” steps any more likely in this area than in the case of our collective addiction to fossil fuels?

This federal government makes the worst decisions and has failed to implement changes that were promised in 2015 before the federal election. We're talking about billions of dollars of taxpayer money being given to the richest corporations. I do not buy food from Maple Leaf Foods - They can put their legumes where the sun don't shine.