Reflections on the photo of Donald and Melania Trump, Michelle and Barack Obama, Bill and Hillary Clinton 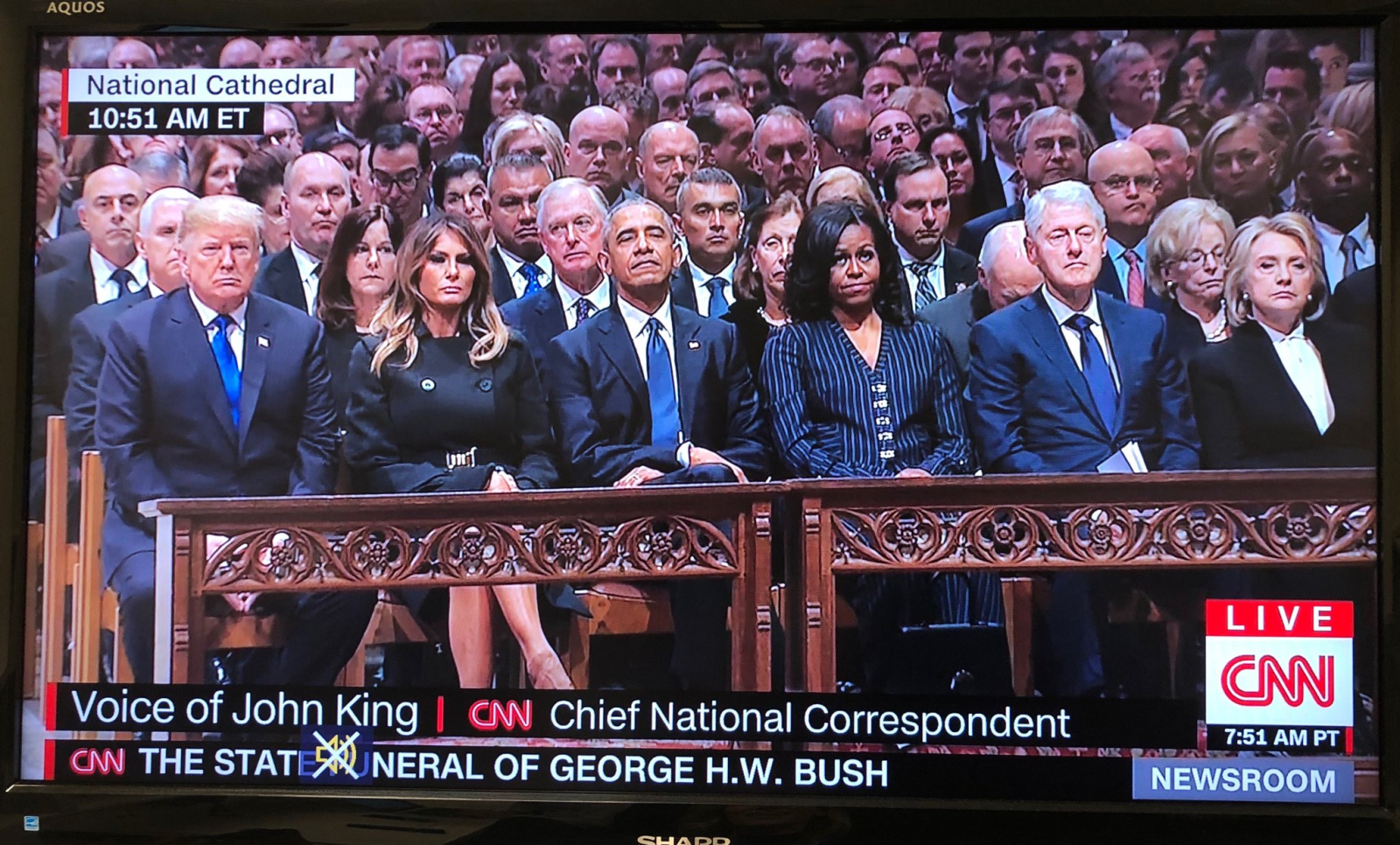 “So gorgeous was the spectacle on the May morning of 1910 when nine kings rode in the funeral of Edward VII of England that the crowd, waiting in hushed and black-clad awe, could not keep back gasps of admiration. …(T)hree by three the sovereigns rode through the palace gates, with plumed helmets, gold braid, crimson sashes, and jeweled orders flashing in the sun.”

The Guns of August, Barbara Tuchman’s illustrious history of the outbreak of the First World War, opened with a funeral.

Today we get the pictures in real time.

It is impossible to contemplate the assembled gathering of American presidents (and Hillary Clinton), brought together to pay respects George H.W. Bush, without the sense that these images too will indelibly imprint themselves on history.

How long does Trump have? Is it days, months, years?

During a celebration that should look back, the entire nation could only look on in rapt expectation.

Glowering in the pride of place of Washington’s National Cathedral, forced to sit with Barack Obama and Hillary Clinton, Trump is clearly engulfed in other thoughts than the funeral of an old man he can’t even pretend to care about.

All around them storms are swirling. Several rows behind Obama, Acting A-G Matthew Whitaker is lost in thought. Behind him and to his left, Jared Kushner. Foreign dignitaries, including Prince Charles and Angela Merkel, have all made the trek to Washington for this day.

The world is glued, not to the warm state sendoff of an ancient president, but to the spectacle of that front row.

No one is serene. Every one of them knows more than will ever be told.

But time is an implacable foe. One day those who haven’t yet been born will look at these pictures and marvel that no one gathered there knew what would happen next.

This was also the funeral for

This was also the funeral for the United States of America that much of the world has admired and respected for the past three quarters of a century.

The pride, poverty and

The pride, poverty and panoply of pretentious power.