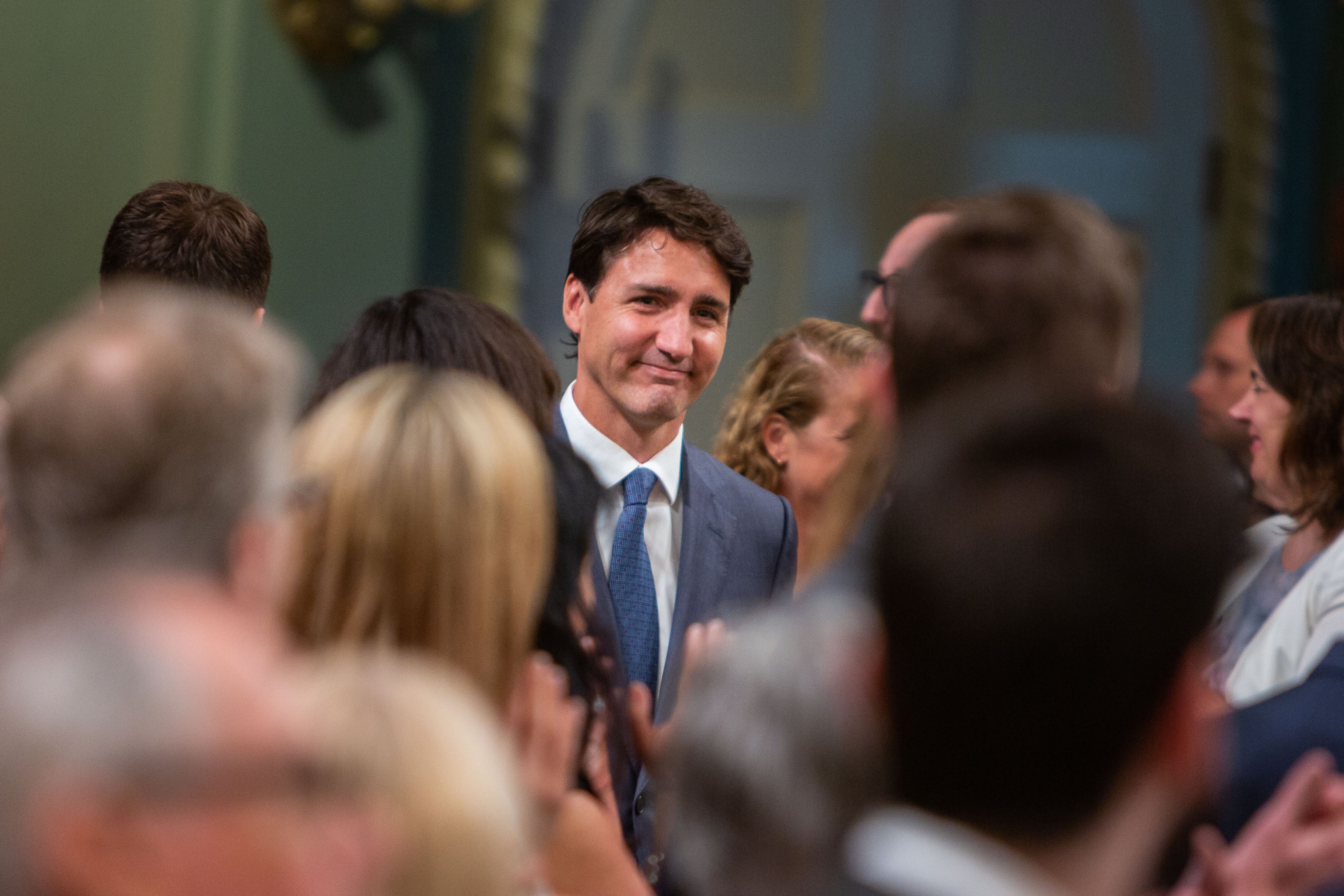 A coalition of Quebec business, finance and environmental organizations is calling on Prime Minister Trudeau and his provincial and territorial counterparts to embrace a green economy to provide a boost to workers, communities and industries.

The coalition — which includes large environmental groups as well as a major financial company, Desjardins Group — calls itself the Alliance for a Green Economy in Quebec. It is releasing its message as Trudeau hosts the first ministers and Indigenous leaders for a meeting in Montreal.

Environment and energy issues are already expected to be on the agenda, as Ontario and Saskatchewan premiers Doug Ford and Scott Moe arrive objecting to the federal government’s carbon pricing initiatives and Alberta Premier Rachel Notley comes to the table intent on seeing more oil make its way out of her landlocked province.

But the alliance, led by co-chairs Catherine Bérubé, who is the head of communications and public relations at Cycle Capital Management, and Karel Mayrand, the executive director of Quebec and Atlantic Canada for the David Suzuki Foundation, want Canada’s leaders to explicitly tackle the climate crisis and jobs.

The first ministers’ meeting in Montreal is taking place at the same time as the start of the 24th United Nations Climate Change Conference in Poland.

“As 195 countries come together in Poland to accelerate the energy transition, Canada is ideally positioned to benefit from this shift,” to a low-carbon economy, said Équiterre’s executive director Sidney Ribaux in a media advisory. “Our premiers must work together to unleash this potential, both domestically and in export markets, to reduce electricity sector greenhouse gases while creating jobs here.”

Quebec's largest business lobby group, the Conseil du Patronat, is among the members of the alliance, calling on the federal government to reinforce intergovernmental cooperation on the issue.

"Science and technology offer us solutions and opportunities that we must exploit," said Yves-Thomas Dorval, the president of the Conseil du Patronat.

Jean Simard, president and chief executive officer of the Aluminium Association of Canada, said that the fight against global warming wasn't just a matter of principle, but also an "unavoidable reality that requires all leaders to lead responsibly. This unprecedented challenge provides us with an opportunity to diversify the economy and become more competitive on a global scale, in order to create wealth and growth for all."

Desjardins said it is already adopting practices that are supporting a fair energy transition.

"Factoring in climate risk is now unavoidable and we are convinced that it will also create opportunities for Quebec and Canada to seize. For this to happen, governments have a responsibility to create the right conditions for this transition," said Pauline D'Ambroise, secretary general and vice-president of governance and sustainable development at Desjardins Group.

First ministers meeting shaping up to be most acrimonious in years

All I'm hearing on this

All I'm hearing on this carbon topic is the revenue side. Why are the heavy polluters being given a bye? That in fact is who has to be targeted...not the struggling tax payers who in most cases are frugal in their fossil fuel usage. We have to get to work. We have to heat our homes. We have to buy our groceries. We are not in any sense a major source of pollution....but we are the ones government is penalizing.

Carbon Tax you mean? or Cap

Carbon Tax you mean? or Cap and Trade? Carbon Tax is revenue neutral. The problem is that Canada subsidizes Big Oil & Gas corporations. Also...Canada sells it's forests as wood chips to China & elsewhere for burning as fuel. We sell our Natural Resources RAW.
Cap and Trade: if Canada did not cut it's forests down to be burned & instead kept it's forests (Crowned Land) & traded carbon emissions with another country.....Canada could make money. It's called carbon sequestering. That's what trees do.
Oil isn't making Canada any money. Canada's emissions are higher per capita than any other country.
In the global effort to fight climate change (which will cost more in the end if we don't transition now. ) Canada has a great opportunity to make money with Cap and Trade. There can also be Cap and Trade between provinces.