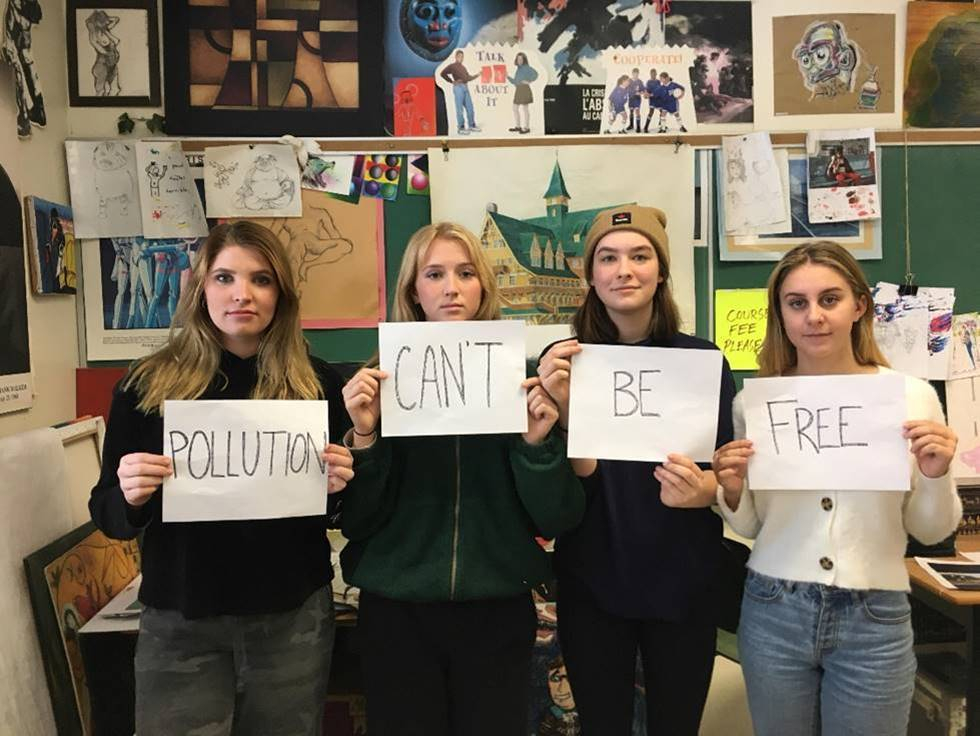 For the first time, Generation Squeeze is intervening in the court system, and the advocacy group has chosen climate change as its cause.

Gen Squeeze is a national collaboration that aims to give a voice to younger Canadians — those in their 20s, 30s and 40s — about issues of intergenerational inequality. Paul Kershaw, director of the Master of Public Health program at the University of British Columbia, is its founder.

While the group, which includes a research lab at UBC, has often spoken out about the high cost of housing and childcare and the unfairness of the country’s tax regime, this is its first formal foray into advocacy on the environment.

“Not only is pricing pollution a national concern, it’s necessary to prevent discrimination against younger Canadians, because climate change threatens our health and the wellbeing of future generations,” Kershaw said.

The greatest threat to human health in the 21st century is climate change, and that hits younger Canadians harder, because they will be around longer, Kershaw said.

Even though people might think a carbon tax just means more of a squeeze on people’s wallets, Kershaw said it’s not about taxing more, it’s about taxing differently, as well as reducing other major costs in young people’s lives.

“What we’re saying is we need a multi-pronged approach to dealing with the many ways in which we’re being squeezed. I say squeezed because I don’t want to say screwed yet, because if we’re screwed, there’s no hope,” Kershaw said. “We’re talking about pricing pollution as part of a broader tax shift. We will tax less of the things we want more of — say better earnings for people — and more on the things we don’t want, like crazy home values and too much pollution.”

Gen Squeeze is leading a coalition of partners across the country to try to get intervenor status in two court cases that the provinces of Ontario and Saskatchewan have filed challenging the federal government’s legal authority to impose a carbon tax.

Gen Squeeze, along with several other advocacy groups for young people and health organizations, will argue that putting a price on pollution is necessary to protect the health and wellbeing of younger Canadians.

“If we don’t, it’s tantamount to discriminating against younger Canadians and future generations,” Kershaw said. “We also have to present why that’s a unique and valuable piece of information for the court to consider because they’re not going to hear that from other people.”

The B.C. government has also applied for intervenor status in both cases and will argue that the federal government has the right and responsibility to put a price on carbon pollution and that B.C.’s environment and competitiveness will be harmed if B.C. continues to have a carbon tax while other provinces do not. Also, it will argue that Canada won’t meet its climate targets without a carbon tax.

“Not only is pricing pollution a national concern, it’s necessary to prevent discrimination against younger Canadians, because climate change threatens our health and the wellbeing of future generations.”

Kershaw notes that climate change is already costing society a lot of money.

“We’re paying hundreds of millions to fight forest fires in this province, others are paying for the cost of flooding. We’re going to be running into changing fertility in our soils, which is raising our food costs,” he said.

Gen Squeeze was also spurred into action by recent reports, by both the Intergovernmental Panel on Climate Change and the National Academy of Science, stressing the urgency of action to stop climate change.

Gen Squeeze, which is funded through both philanthropy and research money, will make its argument for intervenor status in Saskatchewan on Dec. 12 and in Ontario on Dec. 21.

Why are Canadian youth occupying MP offices across the country?

Thanks, Tracy. It is great

Thanks, Tracy. It is great to see young people fighting for what is right for our planet!