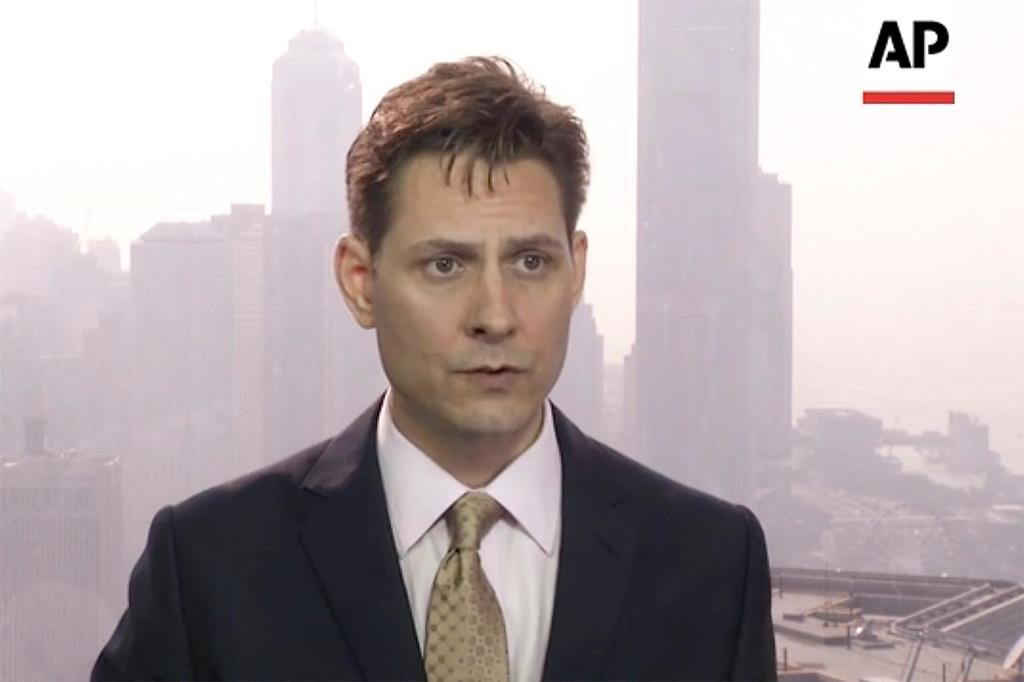 In this image made from a video taken on March 28, 2018, North East Asia senior adviser Michael Kovrig speaks during an interview in Hong Kong. File photo by The Associated Press
Previous story
Next story

Donald Trump's declaration that he could intervene in the extradition of a top Chinese corporate executive from Canada is raising new questions about Canada's role in the growing tensions between two superpowers.

In an interview Tuesday with Reuters, the U.S. president said he could step into the case against Huawei executive Meng Wanzhou if it would help him forge a trade deal with China.

But Canada has repeated stated that authorities arrested Meng in keeping with international laws.

Foreign Affairs Minister Chrystia Freeland has stressed that politics — or doing the U.S.'s bidding — had absolutely nothing to do with it.

Canada already appears to be paying a price, with China now detaining a sometime Canadian diplomat, Michael Kovrig, in Beijing.

A Chinese official said today that the International Crisis Group, where Kovrig is a Hong-Kong-based analyst, was not registered in China and its activities in the country were illegal.