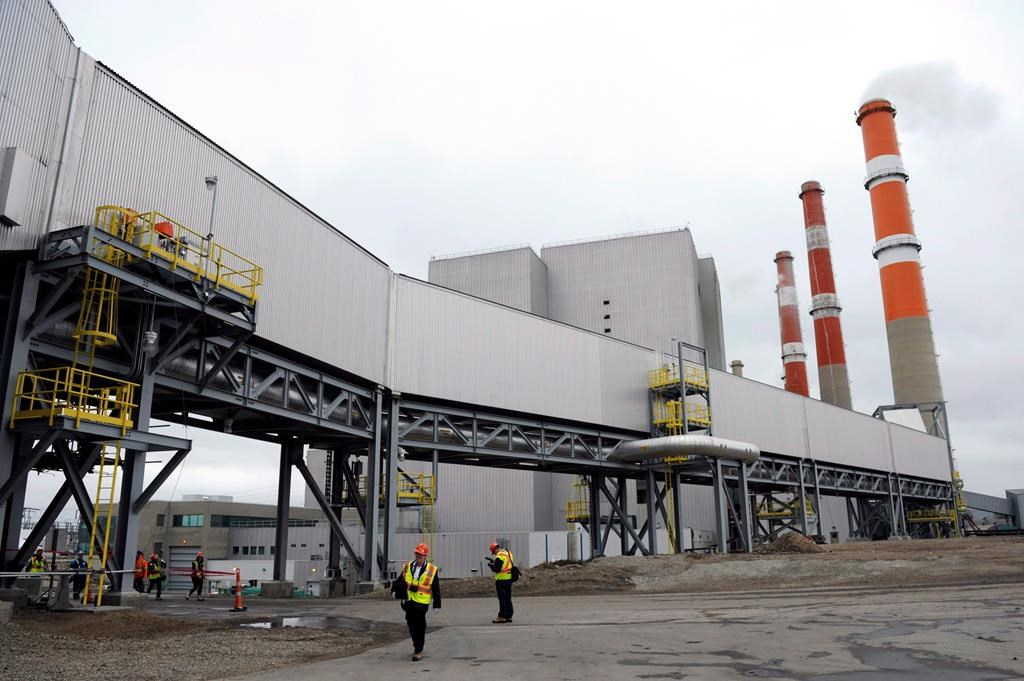 Part of a carbon capture and storage facility is pictured at the Boundary Dam Power Station (background) in Estevan, Sask. on Thursday, October 2, 2014. (THE CANADIAN PRESS/Michael Bell)
Previous story
Next story

The death knell for coal−fired electricity in Canada is set to ring in just over 12 years.

Ottawa put the final regulations in effect this week with such strict pollution standards for coal−power plants that only one plant in Canada can possibly meet them.

The Boundary Dam coal plant in Saskatchewan uses carbon capture and storage technology that traps carbon emissions in the ground rather than releasing them into the atmosphere.

The other 14 power plants in Alberta, Saskatchewan, New Brunswick and Nova Scotia will have to convert to other fuel sources, introduce carbon capture technology or close before the end of 2029.

Canada has significantly cut its dependence on coal largely due to the closure of all coal plants in Ontario.

A United Nations report this fall said coal needs to be less than two per cent of the world’s energy supply by the middle of the century, down from almost one−third today, as part of efforts countries need to take to avoid catastrophic consequences from global warming.