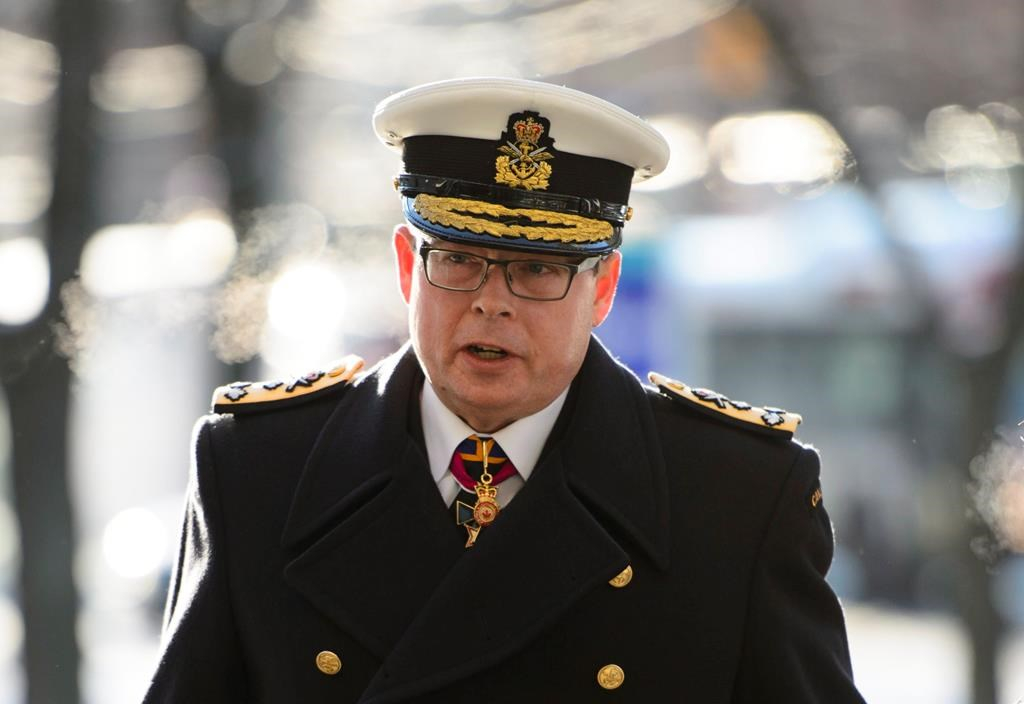 Vice Admiral Mark Norman arrives to the Ottawa Courthouse in Ottawa on on Wednesday, Dec. 12, 2018. Photo by The Canadian Press/Sean Kilpatrick
Previous story

Federal officials have been collecting thousands of documents — including cabinet secrets — requested by suspended Vice-Admiral Mark Norman's lawyers largely on their own, an Ottawa court heard Wednesday.

Two months ago, Norman's lawyers gave the court a list of federal records they say are needed to ensure their client receives a fair trial, and they accused the government of having "cherry-picked" information disclosed in the senior military officer's breach of trust case.

Many of the documents relate to a $700-million contract with a Quebec shipbuilding company to refit a civilian ship into a support vessel for the navy. The deal was negotiated by the Harper Conservatives in 2015 and signed by the newly elected Trudeau Liberals.

Norman was suspended in January 2017 as the military's second-in-command and charged with one count of breach of trust in connection with the alleged leak of cabinet secrets around the shipbuilding project. He has denied any wrongdoing and vowed to fight the charge.

During the first day of a five-day pre-trial hearing, court heard from Department of Justice paralegal Patsy Bradley that individual departments — and in some cases certain officials or "custodians" of the relevant files — were responsible for finding documents requested by Norman's lawyers.

"If they were a key custodian, it was up to them to conduct a search," Bradley, who is responsible for co-ordinating the government's response to the document request, testified under cross-examination by defence lawyer Marie Henein.

The documents requested by Norman's team touch on seven departments, including the Defence Department and the Privy Council Office, the government's top department. Norman's lawyers have also asked for records from the Prime Minister's Office and Treasury Board President Scott Brison.

Bradley said she did follow up with departments to see how they searched for relevant documents, and at one point asked the Defence Department to refine its process. But aside from the Treasury Board, there was no independent or third-party vetting of their responses.

"If they have told me that they have done an exhaustive search, I trust that they are telling the truth," she said, noting that the requested documents are housed in numerous databases and — in some cases — inside government filing cabinets.

The battle for access to those documents is expected to be the focal point throughout the five-day pre-trial hearing, which is scheduled to run through next week. Norman's breach of trust case officially goes to trial next August.

Earlier in the day, Henein told the court that she had tried on numerous occasions to work with federal lawyers to narrow the search and find documents most relevant to Norman's case, but the Justice Department had refused to co-operate.

"Nobody wants a 100,000-document dump," she told Justice Heather Perkins-McVey. "We really are interested in focusing on issues that are relevant to this case."

The Justice Department has either ignored her requests or dragged its feet, she added, with government lawyers saying it will take months to collect the documents Norman's team has requested and more resources aren't available to speed things up.

Henein also said that several people — including Liberals and Conservatives — had reached out to her office to say they have turned over information relevant to the case, but that the Justice Department had not notified her of their existence.

She called efforts to deal with the Justice Department "a game of cat and mouse throughout."

Justice Department lawyer Robert MacKinnon rejected Henein's allegation, saying there was no "malintent" before Bradley was called to the stand.

Government lawyers have said that more than 130,000 documents have been gathered to answer the defence lawyers' requests, though Bradley said the final number will almost certainly be much smaller once they are processed and reviewed by the different departments.

Some documents have already been collected, and will be the subject of arguments over the coming days on whether they are relevant to the case — and whether they should be released to Norman's lawyers and the public.

But identifying, collecting and vetting all of the documents requested by Norman's lawyers could take several months, Bradley said. Exactly how long? Perhaps until February or March, though she said she would have a better idea at the end of this month.