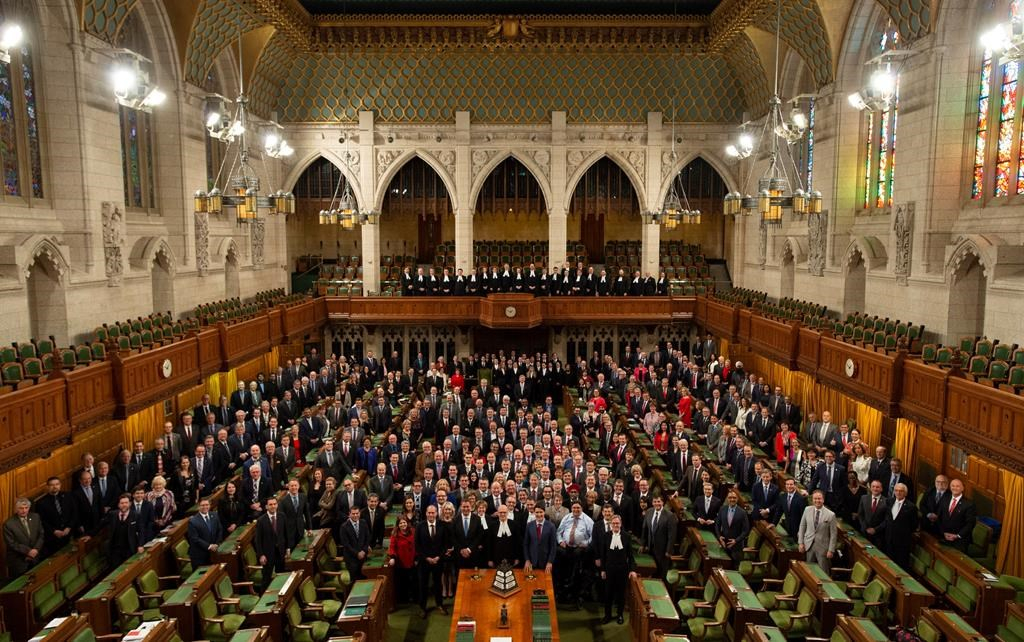 As he does almost every day before attending question period, Prime Minister Justin Trudeau bounded down the stairs between his third-floor office in Parliament Hill's Centre Block and the foyer on the second floor outside the House of Commons.

But this time when he stopped to speak with reporters, who always wait there hoping he'll stop and answer a few questions, it was with a hint of nostalgia on his mind.

Wednesday might have been the last time he makes that walk as prime minister.

"I remember these stairs as a kid," said Trudeau, who was raised in the halls of Centre Block; his father Pierre Elliott Trudeau was already prime minister when he was born.

"There's no question that there is a reflection on not coming down them any more, or for the next 10 years. We'll see if I'm back in 10 years — probably not. But this is an opportunity to reflect on this extraordinary building and the people who have left big shoes for us to fill collectively."

By the end of this week, the House of Commons will wrap up its fall sitting and MPs will head home for the holidays.

When they return in late January, it will be to a new, temporary House of Commons in nearby West Block, which becomes the main building of Parliament while Centre Block undergoes a massive renovation expected to take at least a decade.

Centre Block is the most familiar of the Parliament Hill buildings, the one with the Peace Tower, its giant clock and the formidable carillon bells. Rebuilt in 1916 after a fire destroyed all but the Library of Parliament on the north side of the building, it holds the House of Commons and associated offices in its west wing and the Senate and its offices in the east wing.

Over the next decade the building will be entirely renovated to remove asbestos, improve earthquake resistance, upgrade systems such as wiring and plumbing, and introduce more modern communications and security features. During that time the House of Commons will move west and the Senate will head down Wellington Street to the east, to a refurbished old railway station beside the Rideau Canal.

Over the last several weeks MPs, staff and visitors have flocked to the building, touching its stone walls and posing for photos in their favourite spots, knowing it will be many years before they'll get another chance.

Following question period Wednesday, party leaders made speeches about the move, remembering the events that have taken place inside but noting that leaving won't change the work of the government.

Trudeau said the House of Commons chamber has hosted world leaders such as Winston Churchill and John F. Kennedy, and seen debates about major Canadian milestones like patriating the Constitution. But he said leaving it for a while won't stop the government from doing its work.

"This is just a room, Mr. Speaker. This is just a place. It's a lovely room, it's a lovely place. Its filled with history and stories but this is not the centre of our democracy. Democracy happens whenever MPs gather, roll up their sleeves, get to work on building a better future for Canadians," Trudeau said.

Conservative Leader Andrew Scheer said Centre Block has housed democracy and is the building from which Canadian leaders charted the path of the nation's history.

"It has been burned to the ground and risen from the ashes, seen tragedy and heard the greatest and most stirring words of our leaders," he said.

But like Trudeau, he said the temporary departure will not deter democracy.

"We will rise to the challenge and make our new house the beacon of democracy that this building has been for decades," he said.