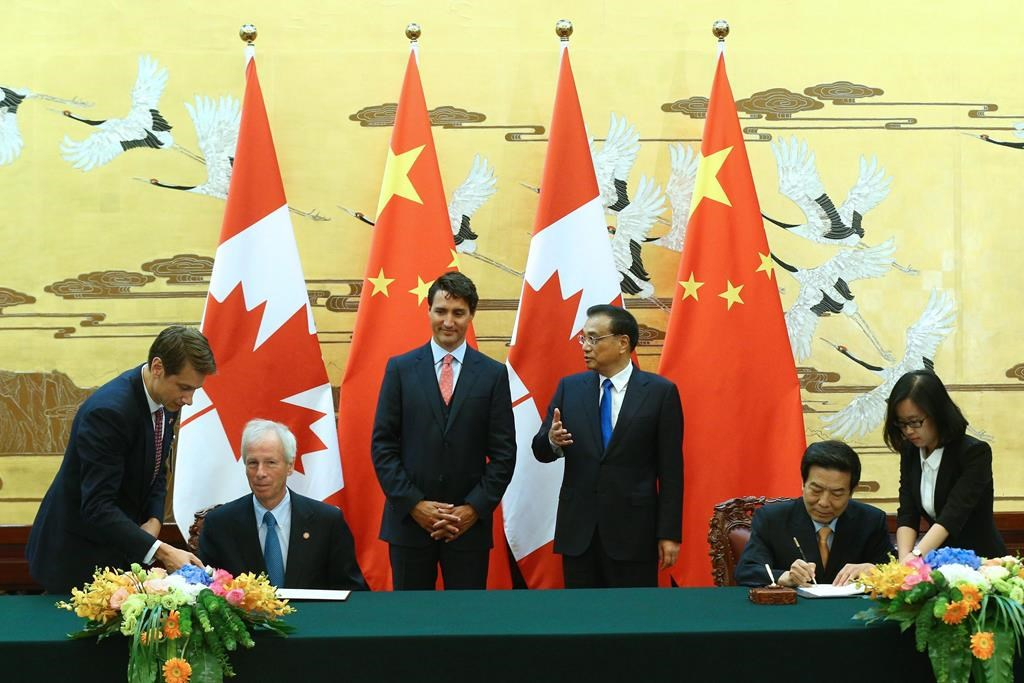 Canada's cumbersome extradition system means Chinese business executive Meng Wanzhou could wait years before her case is resolved even if she will inevitably be committed to stand trial in the United States, legal experts say.

That means there are no quick fixes to Canada's current political quandary: resolving Meng's case to alleviate the wrath of China, which has arrested two Canadians in apparent retaliation, without alienating the United States.

China is Canada's second-biggest trading partner; the U.S. is its biggest.

Robert Currie, a professor of international law at Dalhousie University in Halifax, pointed to the case of Ottawa professor Hassan Diab as an illustration of the flaws with Canada's Extradition Act.

Diab was extradited to France on charges he bombed a Paris synagogue in 1980, even though the Ottawa judge presiding over the case acknowledged the evidence was too weak to have led to a conviction in Canada. Judges in extradition cases aren't supposed to examine the evidence as if they were conducting trials.

Diab's case took six years to wind its way through Canadian courts before he was sent to France. Last January, after Diab spent years in a French jail, the French dropped all the charges against him for lack of evidence. He returned to Canada vowing that his mission in life had become to reform Canada's extradition law.

There's no reason to believe Meng's case will unfold any quicker, Canadian officials said this week, saying the case could take years.

When all is said and done, it's all but inevitable that Meng will be extradited to the U.S. because the Canadian system is so steeply tilted against the accused person, said Currie.

"The accused is not meaningfully able to challenge the requesting state's evidence," said Currie. "Diab's case really highlights that."

Bayne and others have called for a review of the Extradition Act. Now, he said, Canada's faulty extradition system will be on full international display as the world closely watches Meng's case.

"We get caught as the filler of the sandwich between these two giant superpowers and we're constrained by our own Extradition Act," he said. "China's looking very hard at what we do here and if our extradition system works in its normal way... The world is looking at our process here."

That leaves Canada entangled in a diplomatic crisis with China, which has threatened serious consequences and has arrested the two Canadians, alleging each violated national security.

The Trudeau government has repeatedly said Meng will be dealt with fairly and transparently by an independent judiciary, but U.S. President Donald Trump undermined those assertions when he mused Tuesday in an interview with Reuters about interfering in Meng's case if it would help him forge a trade deal with China.

Currie said Freeland was sending "a shot across the bow" at Trump to keep politics out of the process. "Or," he said, "it could also have been, 'Hey you better stop the president from making those remarks because it might screw up the extradition; we don't want to give her lawyers ammunition.' "

Currie said Trump's remarks raise the possibility that Justice Minister Jody Wilson-Raybould could block Meng's extradition on political grounds. The minister has to sign off on the extradition once a court renders its decision, but that decision is also subject to appeal.

It would be rare for a justice minister to reject a court-ordered extradition, said Currie, who cited one obscure case in the last decade where an extradition ruling was blocked at the political level.

Bayne said he believes the stakes in Meng's case are so high for Canada that it's possible Wilson-Raybould will step in to prevent the extradition.

Regardless, it will likely be years before the case is resolved.

"It has taken in some other cases, many years —10 years, 12 years," said a senior Canadian government official, who briefed reporters this week on the condition of anonymity. "Typically, they're done more expeditiously than that."

Extradition, it seems to me,

Extradition, it seems to me, inevitably comes with large dollops of politicial interests/pressure and interference. It has been used to belabour a disfavoured nation, it generally becomes a cause celebre, it can make or break a prosecutorial career - it is always an extension of international political power plays.

It seems the US is going to have to make a judicially sound case for the extradition - whether or not the judge is allowed to consider it. Public pressure will likely force it. China, because it is ruthless and follows no known "rule of law' holds all the bargaining chips and it is hard to see how Trump can make a meaningful trade deal under those circumstances.

Huawei senior executive is not a threat to jump bail: lawyer assures court