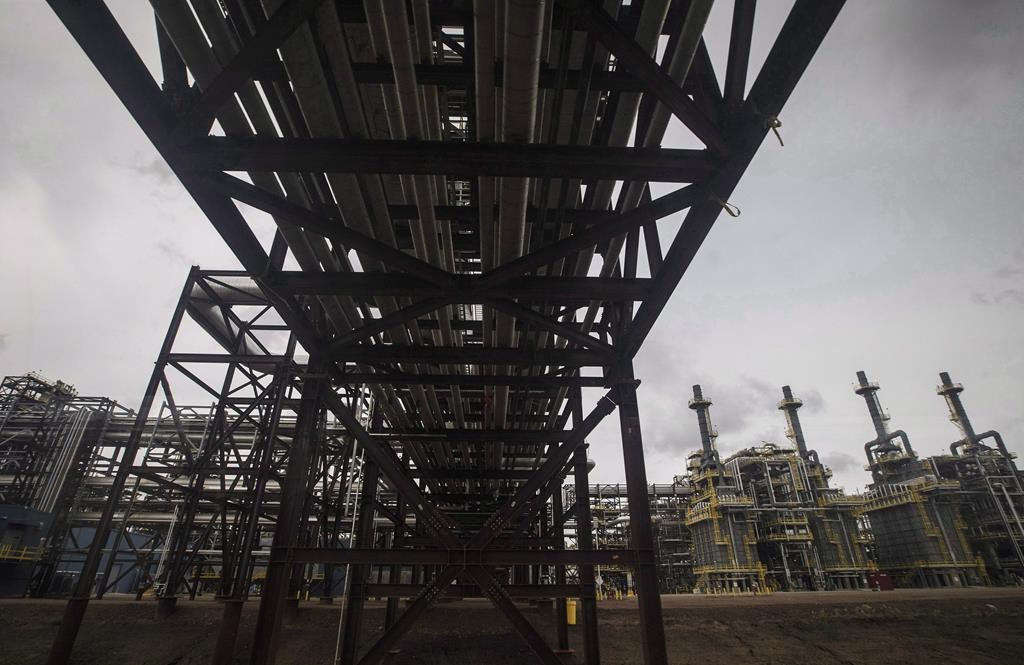 Despite the cuts that begin Jan. 1, Canada’s largest integrated oil and gas company forecasts production will grow by 10 per cent in 2019 on a stand−pat capital budget of between $4.9 billion and $5.6 billion.

Integrated companies like Suncor, Imperial Oil Ltd. and Husky Energy Inc. are opposed to the curtailments which are supported by bitumen−weighted producers like Cenovus Energy Inc. and Canadian Natural Resources Ltd.

The cuts announced by Premier Rachel Notley earlier this month are intended to bring industry output in line with pipeline capacity to drain trapped oil from the western Canadian market and reduce resulting steep discounts for crude oil.

"In the short term, the government of Alberta action has resulted in winners and losers in the market, shutting in valuable upgrading throughput and has made transporting crude oil out of the province by rail uneconomic," Calgary−based Suncor said in a news release.

It added it is co−operating with the government and Alberta Energy Regulator and "working hard" to minimize associated contractor layoffs.

"Suncor has made long−term strategic investments to mitigate risk and create economic value and jobs for Albertans and Canadians," Suncor president Mark Little said in the news release that pointed out the company is largely insulated from low local prices by its Canadian upgrading and refining assets and firm pipeline contracts.

The province said it will order the suspension of 325,000 barrels per day or about 8.7 per cent of overall oil production for about the first three months of 2019 before reducing the cuts for the rest of the year. The cuts only affect producers with more than 10,000 bpd of output, limiting curtailments to about 25 companies, mainly in the oilsands.

Suncor said it will suffer from a "disproportionate allocation" of production cuts, adding its budget assumes the curtailments will be in place for three months before falling to 30 per cent of initial levels for the remainder of 2019.

But she said it fails to properly consider the uneven historic and recent performance of Syncrude (the oilsands mine and upgrader in which Suncor has a 58 per cent cent interest) and gives only partial consideration for the fact that Suncor’s new 194,000−bpd Fort Hills oilsands mine did not have a full year of production in 2018.

@Suncor warns that forced Alberta production cuts during the coldest months of the year — when it typically operates full out without stopping for maintenance — could increase risks to safety and reliability.

Throttling back production during the coldest months of the year — when it typically operates full out without stopping for maintenance — could increase risks to safety and reliability, the company warned.

"Suncor will not put the safety of our employees and contractors at risk," it stated.

Suncor said the cutbacks will result in higher operating costs per barrel, could affect the supply of crude oil to Alberta upgraders and refineries, may raise issues with its contracted pipeline commitments and could cause problems with the in−house consumption of diesel produced at its oilsands mines.

Suncor’s guidance matched analyst projections, with researchers at Tudor Pickering Holt & Co. saying in a note it is "the ’just right’ bowl of porridge for an uncertain outlook."

What exactly are the safety

What exactly are the safety risks for employees?