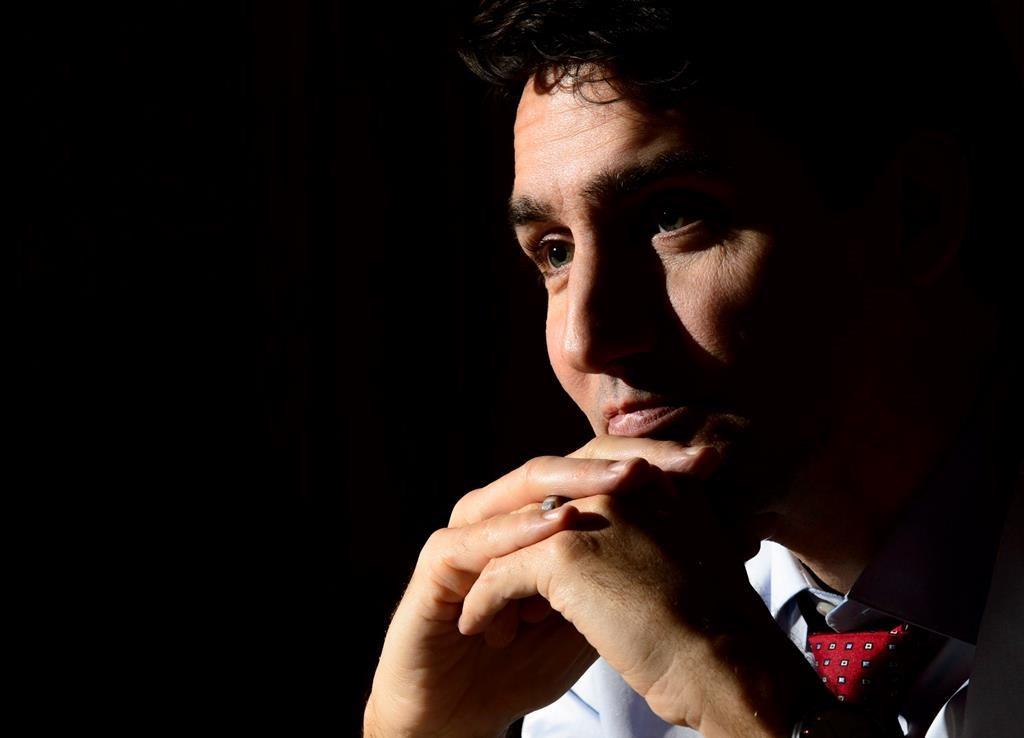 Prime Minister Justin Trudeau takes part in a year end interview with The Canadian Press on Parliament Hill in Ottawa on Friday, Dec. 14, 2018. Photo by The Canadian Press/Sean Kilpatrick
Previous story
Next story

Canadian diplomats will be granted access "shortly" to the second Canadian detained in China, Prime Minister Justin Trudeau said Friday, as he predicted consequences for Canada's economy from the U.S.-China trade war.

"We are a country that is deeply supported and engaged in global trade," Trudeau said. "And when the two largest economies in the world are trying to disrupt global trade, there's going to be consequences for Canada."

Trudeau addressed the fate of the entrepreneur Michael Spavor, one of two Canadians arrested in China earlier this week, during a wide-ranging interview with The Canadian Press.

Spavor and former Canadian diplomat Michael Kovrig were taken into custody this week in Beijing, days after the RCMP arrested a top Chinese business leader transiting through Vancouver at the behest of the United States. The U.S. wants Meng Wanzhou, the chief financial officer of Huawei Technologies, to be extradited to the U.S. to face fraud charges.

Earlier Friday, John McCallum, Canada's ambassador to China, met for the first time with Kovrig, who is on a leave of absence from Global Affairs Canada. He served as a diplomat in China until 2016 and has been working for the International Crisis Group, a non-governmental agency. China says he's been harming its national security.

"We seek consular access, which we've gotten already in one of the cases, and are going to have in the second case shortly," Trudeau said Friday. "We're hopeful that it'll happen soon."

U.S. Secretary of State Mike Pompeo also urged China on Friday to end the "unlawful detention" of the two Canadians.

"We ask all nations of the world to treat other citizens properly and the detention of these two Canadian citizens in China ought to end," Pompeo said in Washington, alongside Foreign Affairs Minister Chrystia Freeland.

Pompeo moved to temper an earlier statement by U.S. Donald Trump this week, who mused he might intervene in the Meng case if it helped him get a trade deal with China. Pompeo said the extradition request for Meng isn't being used as political leverage in the trade talks with China.

During the interview, Trudeau made it clear that the U.S.-China trade war would have ramifications not only for Canada's economy, but the world's.

But the only way for Canada to see its way through the turbulence is to adhere strictly to the rule of law, and the international institutions that are under threat, Trudeau said.

"It's not about being nice guys, or good guys. It's about understanding that the rules that we have established as a global community have kept us in an unparalleled era of peace, stability, prosperity, lifting millions upon millions of people around the world out of poverty," said Trudeau.

But sometimes, he said, the rules can be improved. That explains Canada's leadership in trying to reform the World Trade Organization — one of the many global institutions that has been heavily maligned by the Trump administration.

He pointed to a recent meeting Canada hosted of about a dozen like-minded countries to reform the WTO — a meeting to which it did not invite the U.S. or China — as a way to find solutions in "a thoughtful way and not an overly political or nationalistic" one.

"With the WTO, both China and the U.S. were informed and were engaged secondarily in that discussion," Trudeau explained. "We know we're going to get to decision points where they have very different views of it."

Similarly, he said he's following the rules of international diplomacy when it comes to freeing the Canadians held in China by staying out of it personally. Trudeau said it isn't in the detainees' interest for him to personally raise the matter with China's leaders because if he gets nowhere, all options are lost.

"It's always easier to keep it from escalating too much by focusing on official-to-official, ambassador-to-ambassador, minister-to-minister, and then once you've worked your way through this, you get to a place where it's leader-to-leader."

The two foreign ministers tried to distance politics from the extradition process that is now in the Canadian courts. Freeland said Friday's discussions focused on upholding the rule of law, and ensuring Meng's right to due process is respected and that the ongoing legal process remains free of politics.

"Canada, in detaining Ms. Meng, was not making a political judgment. In Canada there has been, to this point, no political interference in this issue at all. For Canada, this is a question of living up to our international treaty obligations and following the rule of law," Freeland said. "The extradition process is a criminal-justice process. This is not a tool that should be used for politicized ends."

Friday evening, the non-governmental agency Kovrig was working for at the time of his detention added its voice to those calling for his release.

"Michael’s arrest is unjust. He should be freed immediately," International Crisis Group CEO Robert Malley said in a statement.

"We will continue to fight for Michael and will not rest until he is released, free, and reunited with his loved ones."

Second Canadian missing in China after questioning by authorities: Freeland