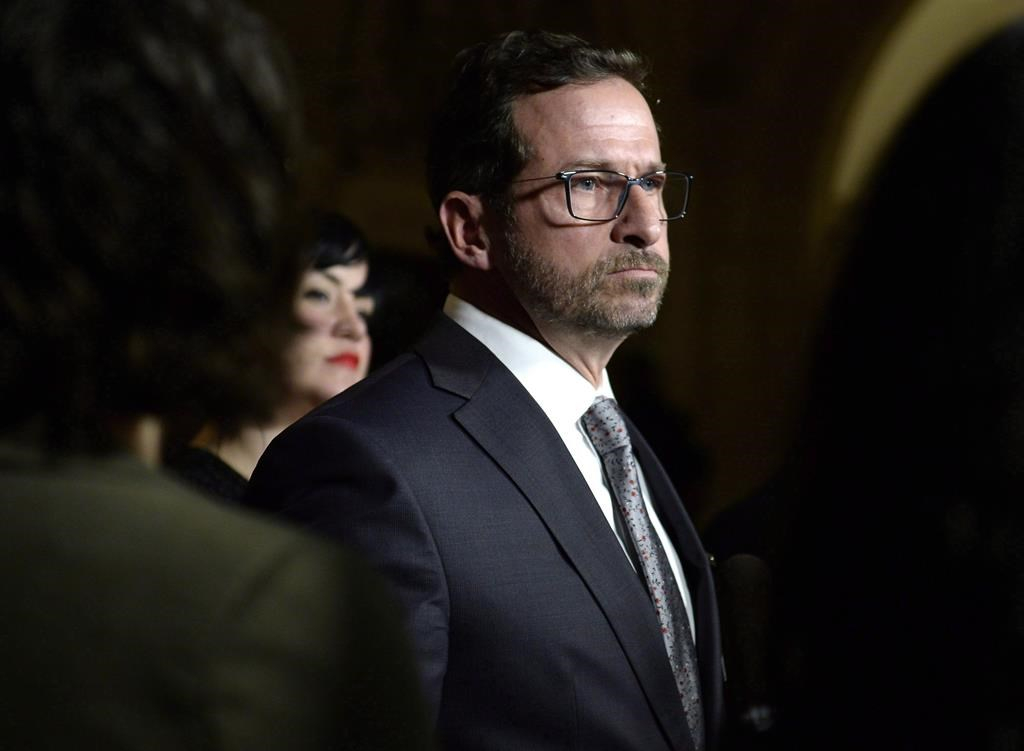 Yves-Francois Blanchet makes an announcement on the leadership race of the Bloc Quebecois in the Foyer of the House of Commons on Parliament Hill in Ottawa on Monday, Nov. 26, 2018. File photo by The Canadian Press/Justin Tang
Previous story
Next story

It appears likely that Yves-Francois Blanchet, a former Parti Quebecois cabinet minister, will become the next leader of the Bloc Quebecois.

He officially launched his campaign on Saturday surrounded by artists and members of the provincial and federal sovereigntist parties.

A well-known political commentator on Radio-Canada in recent years, Blanchet was first elected provincially in 2008 and served as environment minister in Pauline Marois' short-lived minority PQ government between 2012 and 2014.

He was critical of former Bloc leader Martine Ouellet during her tumultuous term as party leader, and now has the support of nine of the party's 10 members of Parliament.

The 10th, Michel Boudrias, decided last week not to run for the party leadership.

If no other candidates come forward before the Jan. 15 deadline, Blanchet will become the new leader of the Bloc Quebecois on Feb. 24.

There was one other sour note at Blanchet's official launch event — no one from Quebec solidaire, the other provincial sovereigntist party, showed up.