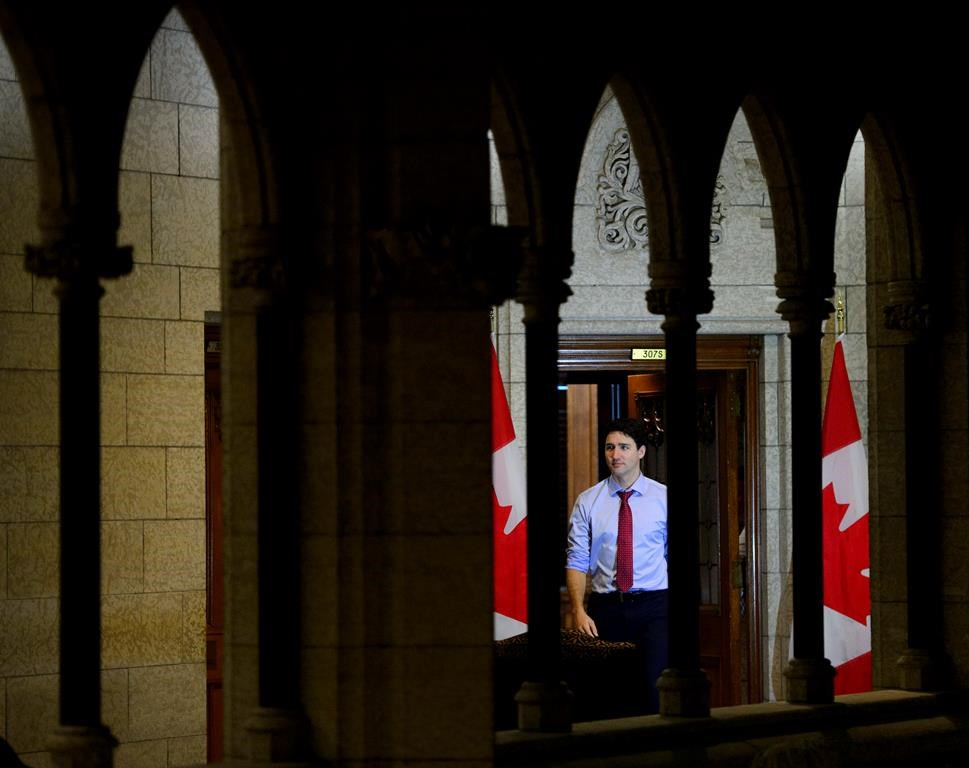 Prime Minister Justin Trudeau makes his way from his office to take part in a year end interview with The Canadian Press on Parliament Hill in Ottawa on Friday, Dec. 14, 2018. Photo by The Canadian Press/Sean Kilpatrick
Previous story
Next story

Prime Minister Justin Trudeau says there will be no early election call.

In a roundtable interview with The Canadian Press, Trudeau says he is happy to rule out the prospect of a snap ballot, meaning Canadians can expect to go to the polls Oct. 21.

The declaration should put an end to behind-the-scenes rumblings the governing Liberals have been mulling a spring election.

Since May 2007, federal election legislation dictates that a general ballot be held on the third Monday in October in the fourth year following the previous election.

However, it doesn't preclude an election being set for a different date.

General elections are called when the Governor General dissolves Parliament on the advice of the prime minister.