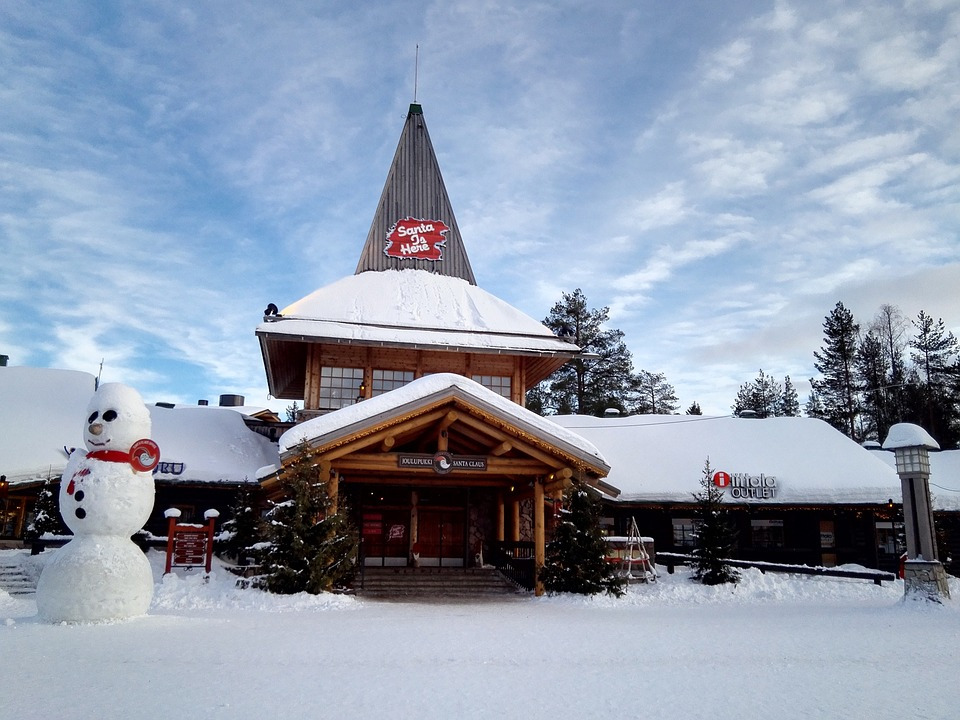 After a year in which the climate has been far more naughty than nice, even Father Christmas – in his various guises – is feeling the heat, according to the towns that claim to be his birthplace.

From Alaska to Finland, half a dozen Arctic towns have staked a claim to be the home of Santa Claus or whatever other name he is locally known as. And almost without exception, these winter wonderlands are hotting up.

In Sweden, festive tourists flock to Mora, which boasts a Santa headquarters known as Tomteland that follows local traditions dating back to the Viking era. But the effects of global warming are becoming harder to ignore.

Reindeers are becoming confused by unseasonal temperatures, according to the indigenous Sami. This spring, there were bad floods, and in summer, nearby woodland was destroyed by wildfires that swept through many areas in Sweden.

“I have consulted Mr Santa – or ‘Tomten’ which is his real Swedish name – and he is very concerned about climate change,” Anders Rosén, Mora’s communications manager, told the Guardian. “He has a very strong message to the decision makers of the world: ‘Please take climate change seriously and make decisions in order to save the planet."

A more stable climate would also be better for business. Local ski slopes and cross-country tracks sometimes have to be kept in operation by artificial snow machines. A few years ago, there was no snow on 25 December but the temperature this week is –10C and there have been some falls in recent days so hopes are high that this year will deliver a white Christmas. “Even without snow, we are very good at creating the right Christmas atmosphere,” Rosén said. “The tradition of Christmas is very strong in Sweden.”

The Finnish city of Rovaniemireceives tens of thousands of letters to Santa from children around the world. Residents of the Lapland capital said the summer was freakishly hot and dry with temperatures above 30C for several weeks in a row. The winter snow arrived so late this year that tourist companies had to improvise with new activities for visitors, including hikes across lakes, where the ice is so crystal clear that fish can be seen near the bottom.

“The lakes are normally covered in snow,” said Sanna Kärkkäinen, the managing director of Visit Rovaniemi. “The weather has changed for sure in the past three to five years. It used to be more stable but now it goes from long mild periods to sudden extreme cold.”

In recent weeks, the weather has returned to something like its normal pattern and the population of the city – which triples each December with tourists from as far afield as Australia and the US – is once again living in a white landscape. Even so, the locals are worried. Every year, the character of Joulupukki (Old Man Christmas) delivers a festive message – and this year’s was a call for action. “Our friend nature has been in trouble for a while now and now we all can give one gift together: we can help nature. I wish you all a merry Christmas,” he told one reporter.

Drøbak – a Norwegian town 25 miles (40km) from Oslo – is home to another Santa Claus post office, as well as a year-round Christmas house. The local tourist manager claims to be the cousin of Santa Claus, who is said to live in the nearby island of Håøya. Compared with other Christmas grottos, this is in a relatively southern location and so the climate is mild with only a 60%-70% chance of a white Christmas. When the seasonal lights were turned on at the start of Advent it was raining, but the snow has finally come.

Hans Petter Treider, a local author who has written a book about the life and history of Santa Claus, said Drøbak was doing its bit to fight climate change with an electric ferry service to Santa’s island and a promise to make the town centre car-free by 2030. “We have one earth, and we must take care of it,” he said.

The Alaskan city of North Pole, which has its own Santa Claus housecomplete with a 42ft (13-metre) tall statue of the man in red, is in the middle of its second warmest winter on record. It was only last week that it finally registered freezing temperatures, a delay that one resident described as “unheard of”. Snow used to fall in October but, in recent years, people in the small city close to Fairbanks are more likely to see freezing rain. Last month, the US federal climate assessment said Alaska was warming faster than almost anywhere else in the world and that Alaskans would a hefty bill to payas the population were forced to adapt.

Alaskan senator Lisa Murkowski, however, is pushing for more oil drilling in the state. The Republican also seems to be looking at the melting Arctic as a business prospect.

“There are very real opportunities for commerce in the Arctic region. I think Santa figured out that the shortest way to get around the globe was over the pole. He understood the geostrategic position of the Arctic,” she recently tweeted.

In Canada, the government has previously granted Santa Claus citizenship rights and established a postal district H0H 0H0 (Ho Ho Ho!) to cover the territory where the old man dressed in the country’s national colours is said to live. The environment ministry was reluctant to comment on a specific individual, but said the broader trends were apparent. “The ice-free area in the North Pole is getting larger and the ice that remains tends to be thinner, younger ice,” wrote spokesperson Mark Johnson. “The Arctic has been warming more than twice as fast as the world as a whole for the past 50 years. The area and duration of snow cover continue to decrease in the Arctic. Over the past 15 years snow has melted from the land surface earlier in the spring (April, May, June) with a shallower snowpack”. Although there has been warm spells over recent years, the weather this winter is expected to be seasonal.

Representatives of several other Christmas themed regions including the towns of Santa Claus, Indiana, in the US, Uummannaq in Greenland, and Veliky Ustyug, the putative home of Russia’s Ded Moroz (Father Frost), did not respond to the Guardian’s request for comment.

2019 will be the year of the climate reporter