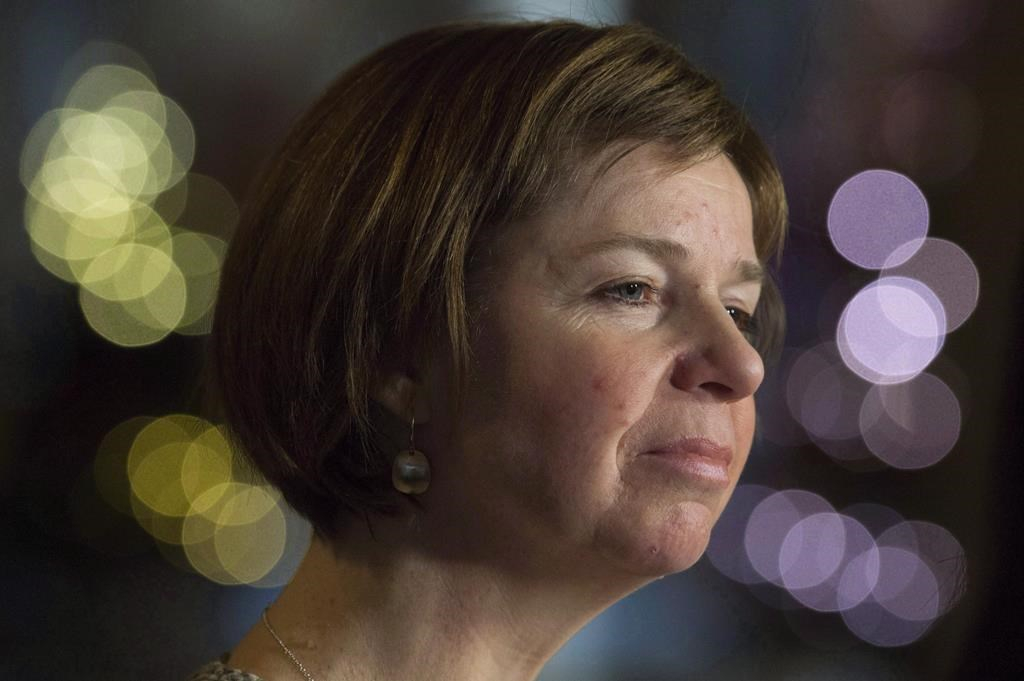 NDP MP Sheila Malcolmson speaks with the media about her private members bill regarding abandoned vessels, in Ottawa on Thursday, Nov. 30, 2017. File photo by The Canadian Press/Adrian Wyld
Previous story
Next story

Prime Minister Justin Trudeau is poised to call byelections in three federal ridings within days and now he has a fourth vacant riding he may choose to fill at the same time.

Sheila Malcolmson has officially resigned as the New Democrat MP for the British Columbia riding of Nanaimo-Ladysmith.

She is leaving the federal stage to run in a provincial byelection, called Wednesday by Premier John Horgan for Jan. 30.

Malcolmson says she sent a letter to House of Commons Speaker Geoff Regan on Nov. 27, informing him that her resignation would take effect on Jan. 2.

In addition to Nanaimo-Ladysmith, there are three other vacant ridings: the B.C. riding of Burnaby South, where NDP Leader Jagmeet Singh is hoping to win a seat in the Commons, the Ontario riding of York-Simcoe, left open by the resignation of Conservative MP Peter Van Loan, and the Montreal riding of Outremont, where former NDP leader Tom Mulcair has resigned.

Trudeau's office has confirmed the prime minister intends to call byelections in those three ridings early this month, with the votes taking place in early February.

He could now add Nanaimo-Ladysmith to the roster, although he's shown little inclination in the past to rush into byelections. Indeed, he faced criticism last October when he called a Dec. 3 byelection in a vacant eastern Ontario riding while leaving Burnaby South, York-Simcoe and Outremont to a later date.

Trudeau argued at the time that the other three ridings had been vacant for "mere weeks" and he pointed out that the prime minister is legally entitled to wait up to six months after a vacancy occurs before calling a byelection.

However, the situation in Nanaimo-Ladysmith is somewhat different. If Trudeau does not call a byelection there quickly, it will remain without representation until the next general election on Oct. 21.

Under an omnibus bill reforming Canada's election laws that went into effect just before Christmas, byelections can no longer be called within nine months of the day fixed for a general election. That makes Jan. 20 the last day Trudeau can schedule any byelections.

The new law means the Montreal riding of Saint-Leonard—Saint-Michel, due to be vacated by Liberal MP Nicola Di Iorio on Jan. 22, will be left without an MP for nine months.