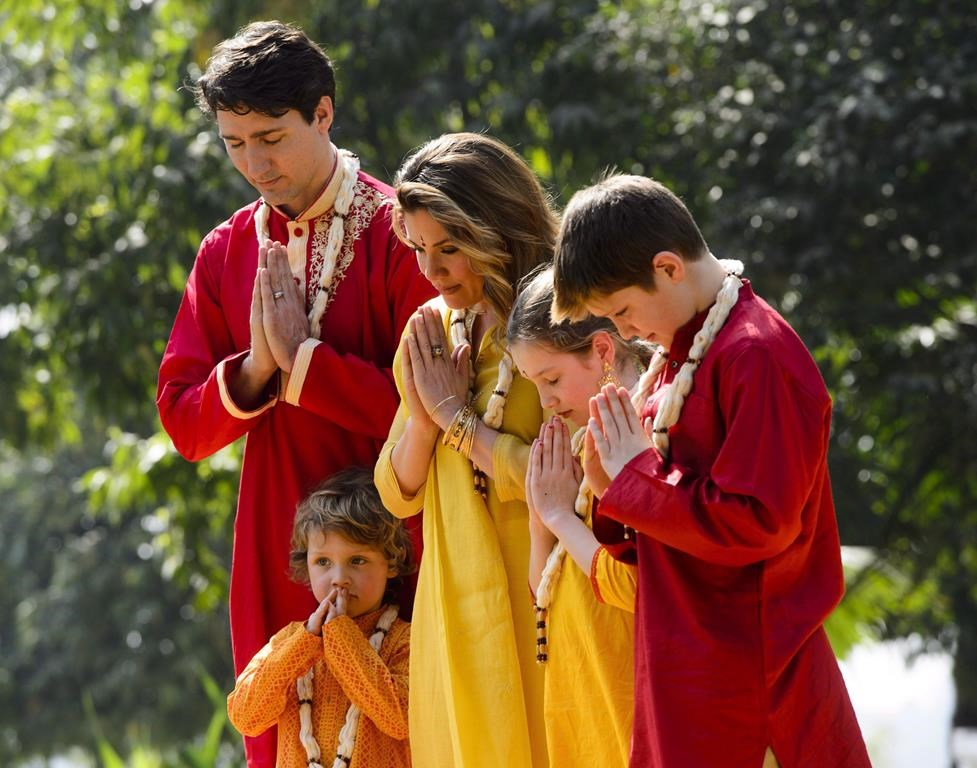 A character playing Prime Minister Justin Trudeau takes a drag from a joint and is suddenly transported into a fantasy world where he is dressed in traditional Indian clothing as talking cows are knocked over by a gorilla with Donald Trump's signature hair and red tie.

The scene mocking the prime minister's ill-fated trip to India last February was part of Radio-Canada's annual end-of-year parody show, during which the national broadcaster satirizes the year's newsmakers. Called "Bye bye," the show draws millions of viewers New Year's Eve and is considered the television event of the holiday season in Quebec.

But this year the French arm of the CBC is on the defensive after a barrage of online criticism from people claiming the sketch was racist and made a mockery of Indian culture.

"This video is completely disrespectful to our cultures. Kicking down cows, 'imitating' our dances. Not cool," Ina Bhowmick, the founder and director of the Montreal cultural company Bollywood Blast, commented under the video on Radio-Canada's Facebook page.

"I've experienced a lot of ignorance and racism growing up," another Facebook user, Maaha Khan, wrote. "However, I’ve never in my life been as offended as I am after watching this video. (Congratulations) Radio-Canada for creating the most disgusting video of all time."

The "Bye bye" sketch was taking aim at Trudeau's trip to India last February during which he came under criticism for his frequent wearing of traditional Indian clothing. The online publication Outlook India referred to his outfits as "too Indian even for an Indian."

Trudeau was also embarrassed during the visit after Jaspal Atwal — convicted of the 1986 attempted murder of an Indian cabinet minister on Vancouver Island in a plot organized by a Sikh separatist extremist group — was invited to two receptions.

Aside from the talking cows — the animal is considered sacred in Hinduism — critics of the sketch targeted the scene in which the Trudeau character is seated and plays a flute as gasoline-pump hoses rise from baskets on either side of him.

"Snake charming has a very ancient history, and this depiction was a mockery of them — they are traditional healers," Bhowmick said in an interview Thursday.

She said she was "appalled" that a government-funded public broadcaster would be so careless with its depictions of Indian culture. Bhowmick added the French CBC's response to the criticism made matters worse, and she is considering filing an official complaint.

Radio-Canada posted the sketch on its Facebook page Jan. 1, and it has received more than 68,000 views and hundreds of reactions. In addition to the criticism, there have been comments from people wondering what the fuss was all about.

The broadcaster said its intention "was in no way to disrespect the Indian community or Indian traditions or culture." Writing on Facebook, it said the creators of the skit "were poking fun at Prime Minister Justin Trudeau and his apparent fondness for superficially 'embracing' traditional Indian culture via his clothes and, of course, his dancing to traditional Indian music in February."

Bhowmick said the response ignores the impact of the spoof on Indo-Canadians. "If there are so many of us who are not feeling good about this, then there must be a legitimate reason, and the trick is to listen," she said.

She also said she didn't understand why so many pundits in Canada ridiculed Trudeau and his family for wearing traditional Indian clothing during last February's visit to the country. The prime minister's Montreal riding comprises a significant Indian-Canadian population, she said, and Trudeau has for years attended events in the community, sometimes wearing traditional clothing.

While Radio-Canada's sketch was an example of cultural appropriation, Trudeau's traditional dress is not, she said.

"There is a difference between appropriation and appreciation," Bhowmick said.

The Prime Minister's Office had "no comment" on the controversy, a spokesperson said Thursday.

Stooping to new lows, are we?

Stooping to new lows, are we? Move south!

If this story had

If this story had participants from the PC party instead of Liberals, all would be quiet on the western front. Apparently Liberals see themselves above reproach. They are not. Their policy? If you're not with us you're against us.