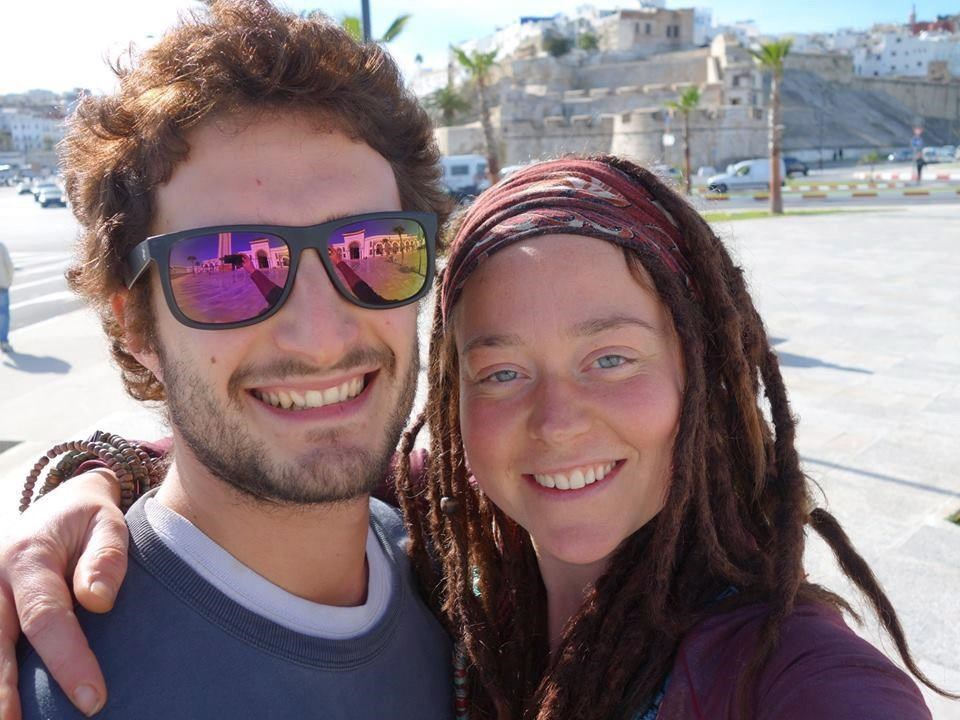 Sherbrooke native Edith Blais and her Italian friend Luca Tacchetto were travelling by car in Burkina Faso when all communication with their families abruptly ended Dec. 15. Media have reported their disappearance is being treated as a possible kidnapping, but Blais' sister, Melanie Bergeron Blais, said in an interview Monday the family has received no information the pair were abducted.

"It's a possibility," Bergeron Blais said about whether the pair were kidnapped. "There aren't 1,000 different scenarios of what could have happened. But we've received no clues, and we can't confirm or deny it."

Tacchetto and Blais, 34, were last seen in the city of Bobo-Dioulasso, in Burkina Faso's southwest, and had planned to drive to the capital of Ouagadougou before crossing into neighbouring Togo. Blais planned to volunteer with an organization attempting to reforest parts of Togo.

Bergeron Blais said the family called Global Affairs Canada's hotline at the end of December to see whether federal authorities could determine whether the two had crossed the border into Togo and if data from their passports or visas was collected.

After hearing no news for three or four days, the family called back, only to be asked for Blais' passport number.

"The front-line services at (Global Affairs) were really deficient," Bergeron Blais said. "It was confusing. They didn't seem like they were making an effort."

The family's frustrations were assuaged following a meeting Sunday with Global Affairs officials.

"Last Friday we really felt were in a bureaucratic impasse," Bergeron Blais said from Sherbrooke, about 150 kilometres east of Montreal. "But since yesterday it's been like night and day." She attributed the change in approach to media attention since the first report of her sister's disappearance in a Sherbrooke newspaper Saturday.

Global Affairs Canada had no additional details to provide Monday. "The Government of Canada’s first priority is always the safety and security of its citizens," spokesperson Brendan Sutton said by email. "For this reason, we will not comment on or release any information which may compromise ongoing efforts or endanger the safety of Canadians."

Marie-Claude Bibeau, Minister of International Development and MP for a riding that borders Sherbrooke, tweeted Saturday: "Our teams are doing everything to gather the relevant information, in close co-operation with the Burkina Faso authorities."

Italian media are reporting that Tacchetto is a 30-year-old architect from the northern Italian town of Vigonza, outside Padua. Tacchetto's father, Nunzio Tacchetto, the former mayor of the town, told "Corriere del Veneto" that he hosted the two travellers at the family home in November while Blais received vaccinations for the African voyage.

"On Nov. 20, the day after (Luca) turned 30, he left with (Edith)," he told the news organization. After leaving Vigonza, Blais and his son travelled through France, Spain, Morocco, Mauritania and Mali before arriving in Burkina Faso on Dec. 15.

"He called me around midnight," the father said, "and said he was in Bobo-Dioulasso, at the home of a French friend who married a local girl. They were having dinner, it seemed quiet. It was the last time we heard from him."

A newspaper in Padua says a vigil for the missing man was planned for Monday evening through the streets of Vigonza.

Bergeron Blais said her sister, who is trained in horticulture, planned to volunteer with a reforestation and community garden project in Togo called Zion'Gaia.

A Canadian government website recommends avoiding non-essential travel to Burkina Faso due to the threat of terrorism. In January 2017, six Quebecers were murdered in a terror attack in Ouagadougou.

Global Affairs acknowledges Quebecer may have been kidnapped: report