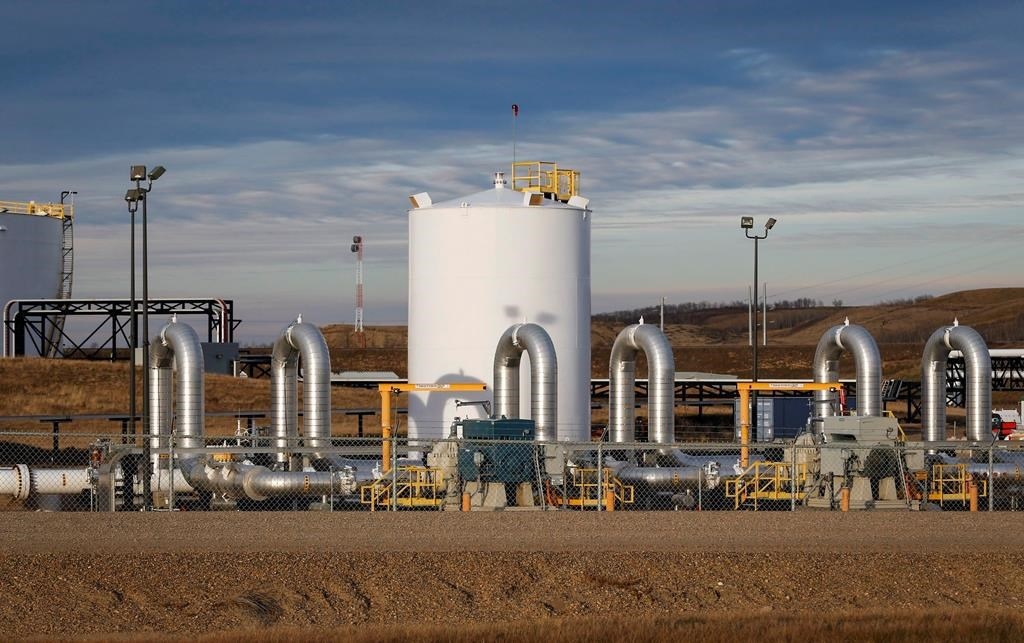 In this Nov. 6, 2015 file photo, a TransCanada's Keystone pipeline facility is seen in Hardisty, Alberta. File photo by The Associated Press/Jeff McIntosh
Previous story
Next story

The U.S. government shutdown may prevent Justice Department attorneys from going before a Montana judge next week to ask him to lift his hold on Keystone XL oil pipeline construction.

But the federal attorneys and the Canadian company that wants to build the pipeline say their absence shouldn't delay Monday's hearing on the matter in U.S. District Court in Great Falls.

Justice Department attorney Bridget McNeil said in a court filing Monday that government lawyers are prohibited from working except in emergencies during the shutdown. But, she added, federal attorneys' participation in the hearing shouldn't be necessary.

TransCanada attorneys previously told U.S. District Judge Brian Morris the company is prepared to hold the hearing without the government being represented. "The company believes that the potential absence of the federal government at the hearing does not provide cause to delay the matter," attorney Peter Steenland Jr. told the court in a filing last week.

In November, Morris ordered an injunction prohibiting TransCanada from any pipeline construction activities and some pre-construction activity. The judge ruled that the Trump administration had not fully considered the environmental effects when it approved a permit to build the 1,184-mile (1,900 kilometre) pipeline from Alberta that would ship up to 830,000 barrels a day of crude oil to the Gulf Coast.

TransCanada appealed Morris' ruling last month to the 9th U.S. Circuit Court of Appeals. On Monday, the company plans to argue that Morris' order blocking construction should be stayed while that appeal is pending, "with the goal of preserving the 2019 construction season," according to the company's request.

Any later, and the company would be unable to perform any construction in 2019, creating a one-year delay that would add significant costs to the project, he wrote.

The environmental groups that sued to block the Keystone XL pipeline permit say the injunction is necessary to protect the public's interest in complying with environmental laws, and none of TransCanada's arguments justifies lifting it.