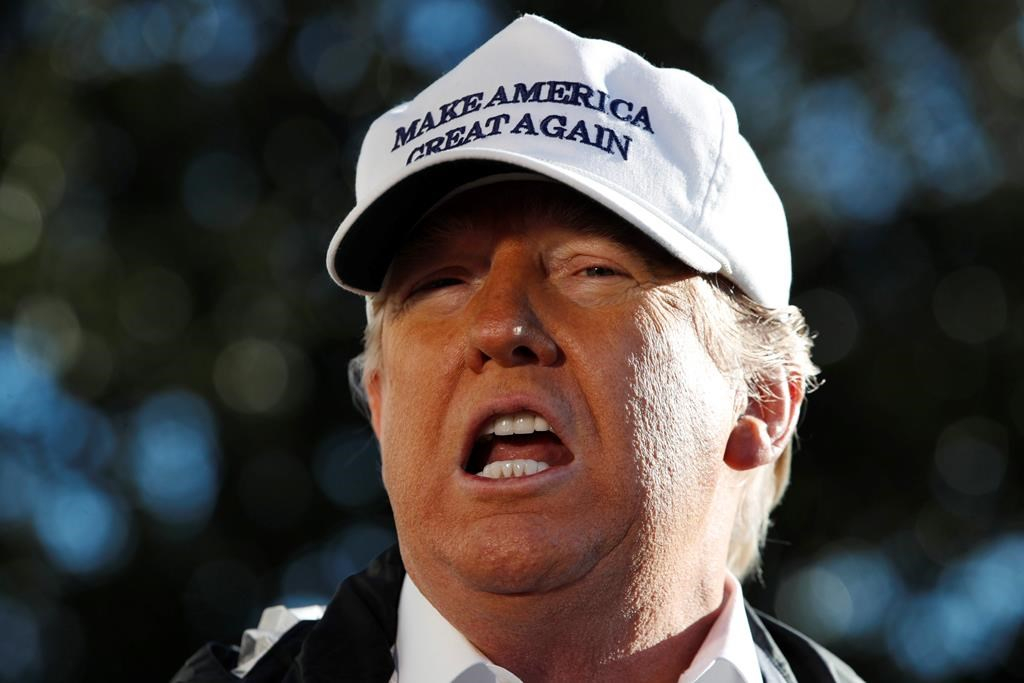 President Donald Trump speaks to the media as he leaves the White House, on Thursday, Jan. 10, 2019, in Washington, en route for a trip to the border in Texas as the government shutdown continues. Photo by The Associated Press/Jacquelyn Martin
Previous story
Next story

President Donald Trump is leaning ever more towards declaring a national emergency at the southern U.S. border, and insists the new trade pact with Canada and Mexico will more than cover the cost of his long-promised wall project.

But he's also expressing concern that Congress will put up barriers of its own to block the U.S.-Mexico-Canada Agreement, the hard-won replacement for NAFTA.

Trump, who is visiting a Texas border town as a federal-government shutdown over the controversy stretches into its 20th day, is also denying that he ever claimed Mexico would cut a cheque to cover the cost.

The president repeatedly insisted during his 2016 campaign that he would make Mexico pay for the wall, which he defends as the only way to stanch the flow of illegal migration.

Veteran Republican Sen. Chuck Grassley, chairman of the Senate Finance Committee, which has jurisdiction over trade issues, is urging Trump to make good on his oft-repeated threats to pull out of NAFTA if the new Democrat majority in the House of Representatives insists on reopening the deal.

A number of Democrats, including House Speaker Nancy Pelosi, have expressed misgivings about a lack of enforcement for USMCA's labour and environmental provisions, but it remains unclear whether those issues are serious enough to scuttle the deal.