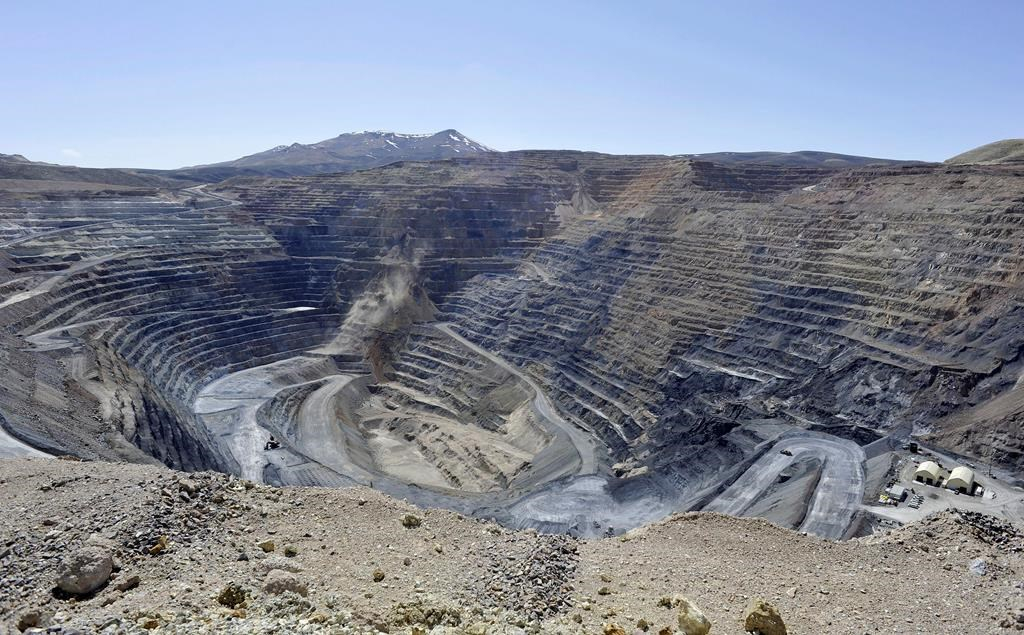 The Newmont Gold Quarry pit in Battle Mountain, Nev. is seen in this April 4, 2012, file photo. Newmont Mining will buy Canada's Goldcorp in a deal valued at about $10 billion. (David B. THE RENO GAZETTE-JOURNAL VIA AP, FILE / PARKER)
Previous story
Next story

Newmont Mining Corp. has signed an agreement to acquire Canadian miner Goldcorp Inc. in a deal it valued at about US$10 billion.

The companies announced Monday that Newmont will exchange 0.328 of a share and two cents in cash for each of Goldcorp's outstanding common shares.

Goldcorp president and CEO David Garofalo said Newmont Goldcorp will be one of Canada's largest gold producers, with a North American regional office in Vancouver that will oversee more than three million ounces of gold production.

The companies said Goldcorp's Vancouver headquarters will also be the base for some of its global functions, including oversight of Indigenous community relations.

"The strategic rationale for combining Goldcorp with Newmont is powerfully compelling on many levels, and both teams are fully committed to delivering on the transaction's value proposition for all of our stakeholders," Garofalo said in a statement.

Newmont chairwoman Noreen Doyle will head the board of the combined company, while Goldcorp chairman Ian Telfer will be deputy chairman.

The companies said the combined entity is expected to maintain a significant Canadian presence on its board and among the management of its Canadian properties.

Goldberg said the company expects to generate up to US$100 million in annualized "synergies" before tax and operate in the Americas, Australia and Ghana.

Newmont Goldcorp will also divest between US$1 billion and $1.5 billion of assets over two years to optimize gold production of six to seven million ounces annually.