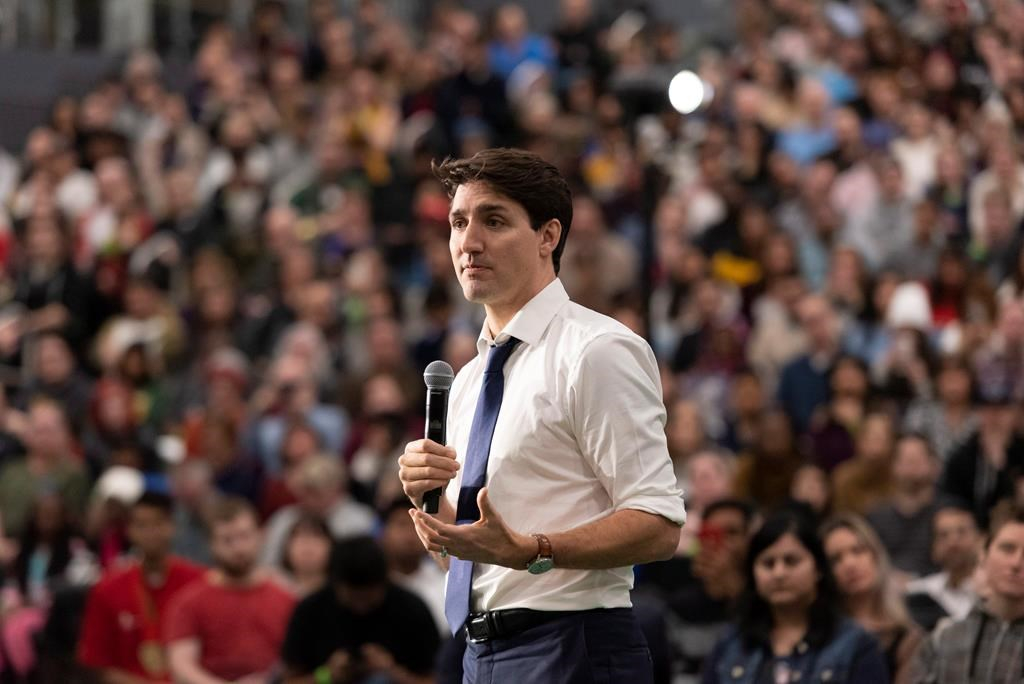 Prime Minister Justin Trudeau speaks during a town hall at University of Regina in Regina, Saskatchewan on Thursday, January 10, 2019. Photo by The Canadian Press/Michael Bell
Previous story
Next story

Political Ottawa is abuzz with speculation about how Prime Minister Justin Trudeau will reshape his cabinet Monday morning after the unexpected resignation of longtime Liberal Scott Brison from his post as Treasury Board president.

Speculation on Sunday revolved around Indigenous Services Minister Jane Philpott being moved to fill Brison's role as guardian of the public purse and Veterans Affairs Minister Seamus O'Regan also in play, possibly taking over from Philpott. CBC was reporting both of those moves as a certainty, citing Liberal sources.

Indeed, O'Regan has cancelled an event scheduled to take place Monday in his home province of Newfoundland and Labrador, The Canadian Press has confirmed.

A Nova Scotia backbencher — speculation centres on Sean Fraser or Bernadette Jordan — would likely take over Veterans Affairs, as well as fill Brison's role as that province's cabinet representative.

The shuffle is expected to be small, with as few adjustments as possible to fill the void of Brison's departure.

Senior sources said a rookie minister from Nova Scotia could not be elevated directly into Treasury Board, which despite its low public profile is considered a vitally important cabinet job.

It is the guardian of the public purse, overseeing how the government is managed, how it spends money and how it goes about regulating many aspects of Canadians' lives. The president of the Treasury Board is also responsible for negotiating 27 collective agreements with 15 different bargaining agents.

Philpott, who was named to the newly created Indigenous Services post 18 months ago, is widely seen as one of Trudeau's most competent ministers and something of a fixer who is dispatched to put out political fires.

As Trudeau's original health minister, she is credited with helping the government navigate relatively unscathed through the potentially explosive debate over legalizing medical assistance in dying. She was tapped by Trudeau in August 2017 to make concrete progress on improving the lot of Indigenous Peoples, one of the prime minister's top priorities.

Philpott is currently vice-chair of the Treasury Board cabinet committee.

Sources say Trudeau wants to keep the shuffle small. He conducted a major shuffle just last July, which was intended to fix problem areas and put in place a cabinet ready for this fall's election — a plan that was upended by Brison's surprise decision to retire from politics.

Philpott wants to see health care 'by Inuit, for Inuit'

Senior sources said a rookie minister from Nova Scotia could not be elevated directly into Treasury Board, which despite its low public profile is considered a vitally important cabinet job.