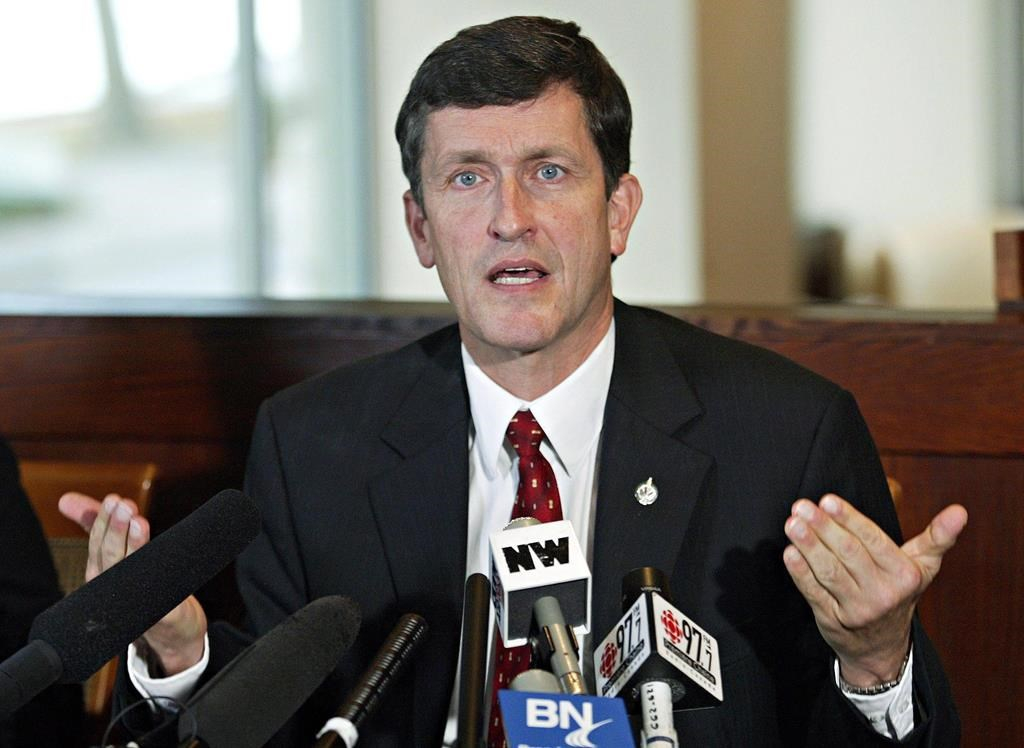 Former New Democrat MP Svend Robinson will announce today whether he is making a political comeback after saying a month ago he is strongly considering a return to federal politics.

Robinson represented a Vancouver-area riding in Burnaby for 25 years before leaving politics in 2004 after he admitted stealing a diamond ring from an auction, saying he was under too much strain at the time.

Since then, the 66-year-old has spent time in Switzerland working with the Global Fund to Fight AIDS, tuberculosis and malaria.

After retiring last year, Robinson and his partner moved to Cyprus.

If he decides to run, Robinson said he would seek election in Burnaby North-Seymour.

In a news release, Robinson says he will make the announcement on whether he is returning to politics outside the home in Burnaby he lived in as a boy.