Without any evidence, Doug Ford says the Liberals' carbon tax will plunge Canada into recession 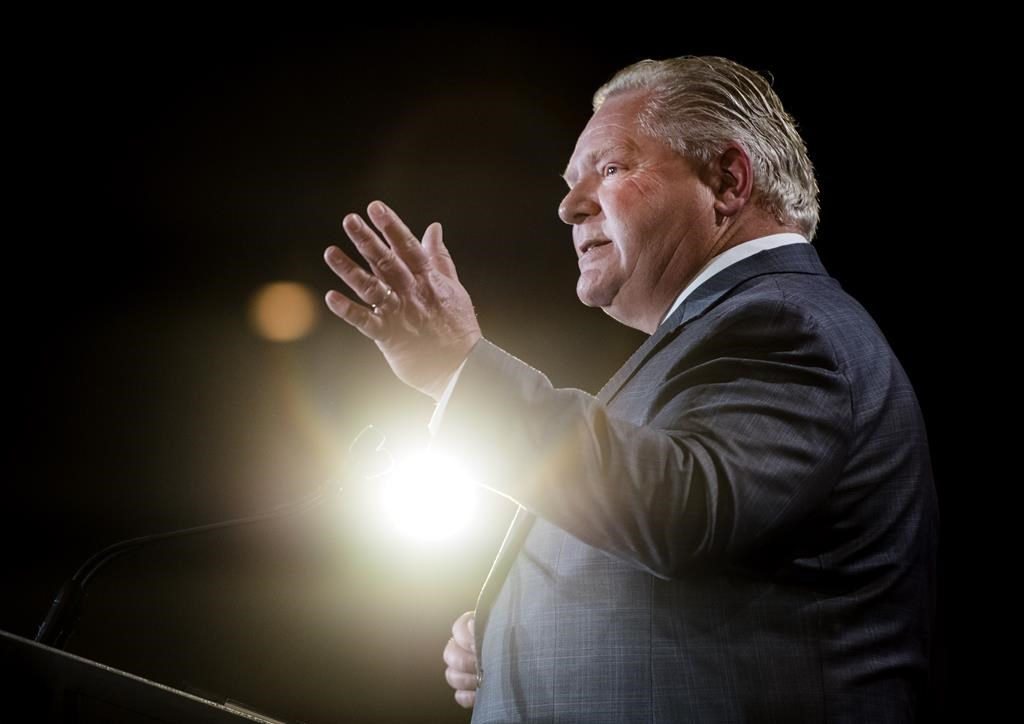 Premier Doug Ford ratcheted up his rhetoric on Ottawa's climate change plan Monday, warning that the carbon tax will plunge the country into recession — a claim disputed by experts and the federal government.

During a speech at the Economic Club of Canada, the Ontario premier said there were already warning signs of difficult economic times ahead and a carbon tax would kill jobs and hurt productivity. He did not provide any credible evidence to back up his claim.

"I'm here today to ring the warning bell that the risk of a carbon tax recession is very, very real," Ford said.

The Progressive Conservative government scrapped Ontario's cap-and-trade system after it was elected last spring, calling it a "cash grab" that didn't help the environment, and have since launched a legal challenge of Ottawa's carbon pricing plan.

The federal carbon tax, which goes into effect April 1, will affect Ontario, Saskatchewan, Manitoba, and New Brunswick, which have not adopted their own carbon pricing plans.

Under its plan, Ontario will use taxpayer dollars to spur private investment in clean technologies and create performance standards for large emitters. The province will spend $400 million over four years on a fund called the Ontario Carbon Trust, which aims to entice companies to invest in initiatives that reduce greenhouse gas emissions.

Ford renewed his calls for Prime Minister Justin Trudeau's Liberal government to abandon its plan to put a price on carbon.

"A carbon tax will be a total economic disaster, not only for our province but for our entire country," he said. "There are already economic warning signs on the horizon."

A spokeswoman for federal Environment Minister Catherine McKenna said the federal government's plan will cut emissions and grow the economy.

"Doug Ford's only plan is to make it free to pollute and hope for the best," Sabrina Kim said in a statement. "It's disappointing, but shouldn't be surprising — conservative politicians have no plan to protect the environment, no plan to grow the economy, and no plan for the future of our country."

University of Calgary economist Trevor Tombe said there is no "credible analysis" to support Ford's claim that the federal carbon tax will cause a recession. The introduction of the carbon price will slow economic growth, but not by enough to create such a profound impact on the country, he said.

"Politicians are going to engage in hyperbole, that's what they're best at on all sides of the political spectrum," he said. "But there is no reason to believe that the federal carbon price would result in a recession."

Dave Sawyer, an economist with the firm EnviroEconomics, also disputed Ford's statement. Economic projections based on the federal carbon price show it will only slow economic growth slightly, he said.

"The modelling that has been done on the federal carbon price shows very small national impacts," he said. "It's in the order of .02 per cent when the economy is growing at two per cent a year."

Green party Leader Mike Schreiner said it's "dangerous and disappointing" to see the premier mislead people when it comes to carbon pricing.

"Although I was not a big fan of the Liberals' cap-and-trade plan, Ontario had its lowest unemployment rate in 18 years with pollution pricing in place," he said.