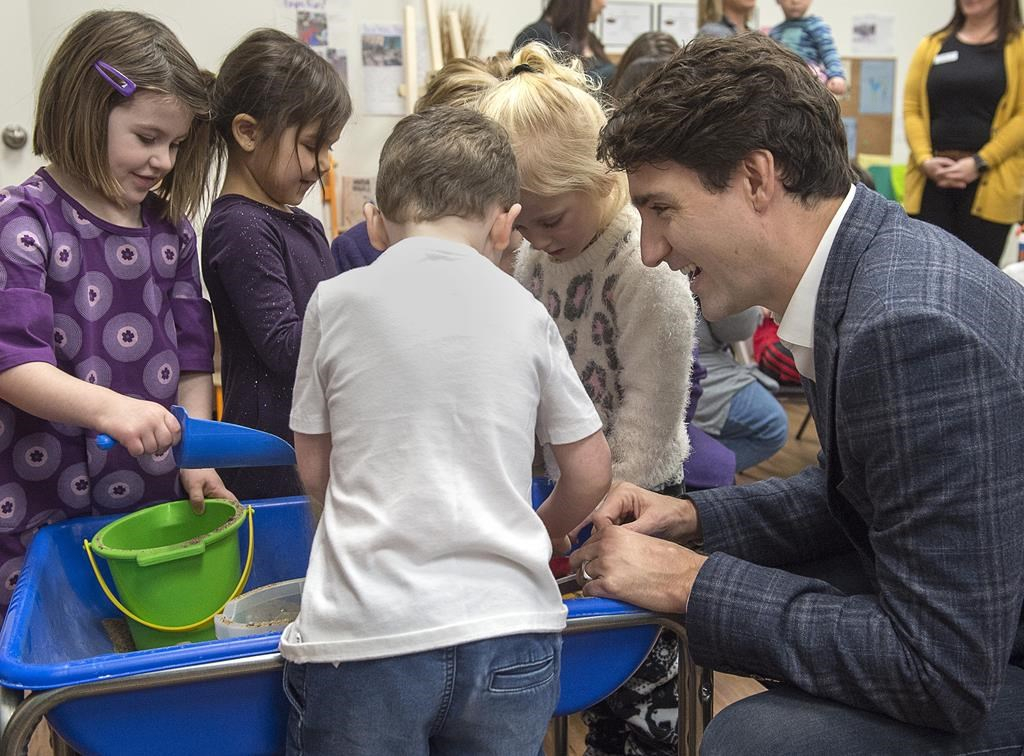 Prime Minister Justin Trudeau promised no new money for the troubled 2021 Francophonie Games Thursday as he spent a second day in New Brunswick.

In a stop at the Origins Natural Learning Childcare Centre in Quispamsis, Trudeau repeated that Ottawa would only match provincial spending dollar-for-dollar.

"Obviously the Francophonie Games are deeply important to me," Trudeau told reporters.

"We think it's extremely important to move forward on the Francophonie Games, but we have — whether it's the Olympic proposal in Calgary, whether it was the Olympics in Vancouver — we have a framework for large sporting events, and that's exactly what we're moving forward with."

Last month, New Brunswick's new Tory government announced the Games could prove too expensive for the province, as cost estimates ballooned to $130 million from the original bid of $17 million.

Premier Blaine Higgs has said the province will stick with its original commitment to spend $10 million on the Games, and insisted his government won't spend another penny.

The original bid would have seen the provincial and federal governments paying up to $10 million each, with the two host municipalities, Moncton and Dieppe, paying $750,000 each and the balance coming from ticket sales.

The ninth Games of La Francophonie are scheduled to be held in the Moncton and Dieppe area in the summer of 2021, attracting 3,000 athletes and artists from more than 50 member states that have French as a common language.

As he continued a cross-Canada swing aimed at boosting party candidates in an election year, the Prime Minister met with families at the Quispamsis childcare centre to highlight the Canada Child Benefit.

He sat with young kids who were practising the alphabet, asking the pre-schoolers their names and the first letter in their names.

One boy was named Jack, and Trudeau pointed out that Justin also starts with "J."

"I look forward to presenting again a strong vision that is going to grow the economy for Atlantic Canadians, defend their rights and create better opportunities," he said.

"As you all know, I love getting out across the country, meeting with people, because that's one of the most important things in terms of making sure that you're governing in a way that pulls everyone together."

Trudeau was scheduled to head to northern New Brunswick Thursday evening for another of his townhall-style meetings to take questions from the public.

That meeting is set for James M. Hill High School in Miramichi at 7 p.m.

On Wednesday night, he spoke briefly during a rally for Fundy Royal's Liberal MP.

Trudeau spoke for just four minutes, and his main focus was on singing the praises of Alaina Lockhart, who narrowly won the riding in 2015.

PM says among friends at la Francophonie, he must speak truth on LGBTQ rights