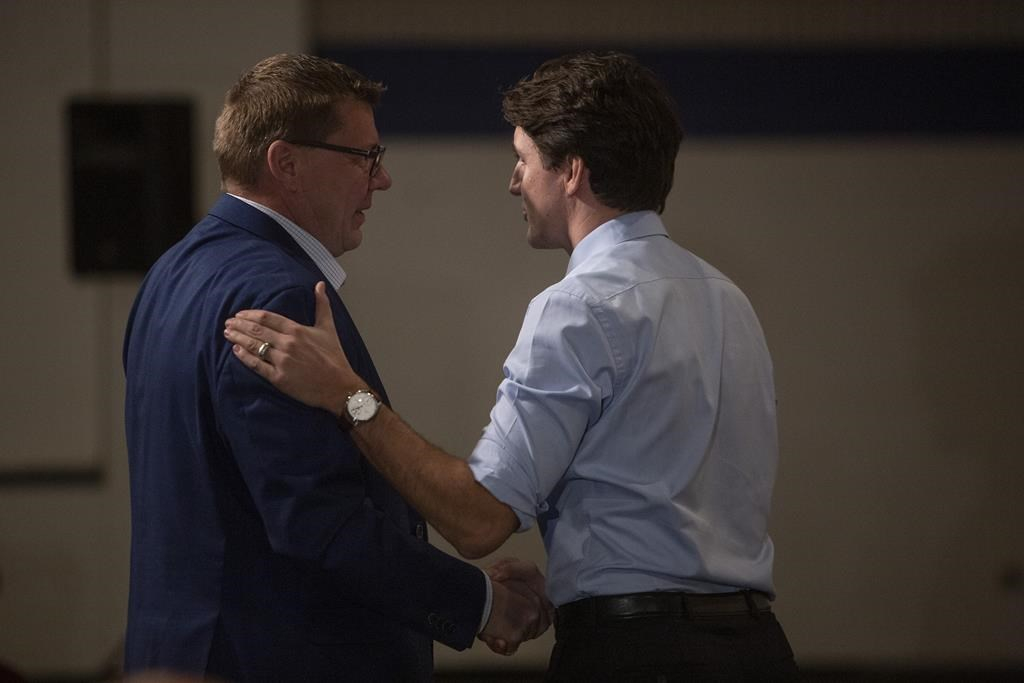 Prime Minister Justin Trudeau says he continues to work with Saskatchewan Premier Scott Moe despite their differences over the federal carbon tax.

Trudeau was asked at a funding announcement in La Loche on Wednesday whether he would try to persuade Moe, who was also there, about the tax.

Trudeau said he and Moe have had "many great conversations" on things they agree and disagree on.

The two did not meet when Trudeau was in Regina earlier this month, but the prime minister said it was good to meet the premier in La Loche.

"We are going to continue to work on issues that matter to folks in Saskatchewan," he said.

Moe, who indicated they only talked briefly, said they discussed supports both governments are providing to communities.

Trudeau went on to highlight the work by both governments that helped lead to the creation of 11,000 new jobs in the province.

"That is something that governments can facilitate when we invest in the right kinds of things together, but it's a tremendous credit to people and businesses here in Saskatchewan," he said.

Moe said he had already planned to spend time with his wife when Trudeau was in Regina and that's why the two leaders couldn't meet.

“The prime minister has been gracious with his time when I’ve requested the opportunity to speak with him by telephone or in person and I’m appreciative of that," he said.

The premier has previously suggested the federal carbon tax is one of the biggest economic headwinds facing Saskatchewan.

Moe has asked the Saskatchewan Court of Appeal to rule on whether the federal government's plan to impose a carbon tax on the province is constitutional.

The province argues its own climate change plan, which doesn't include a carbon levy, is enough to reduce emissions.

The regulations include penalties for non-compliance.