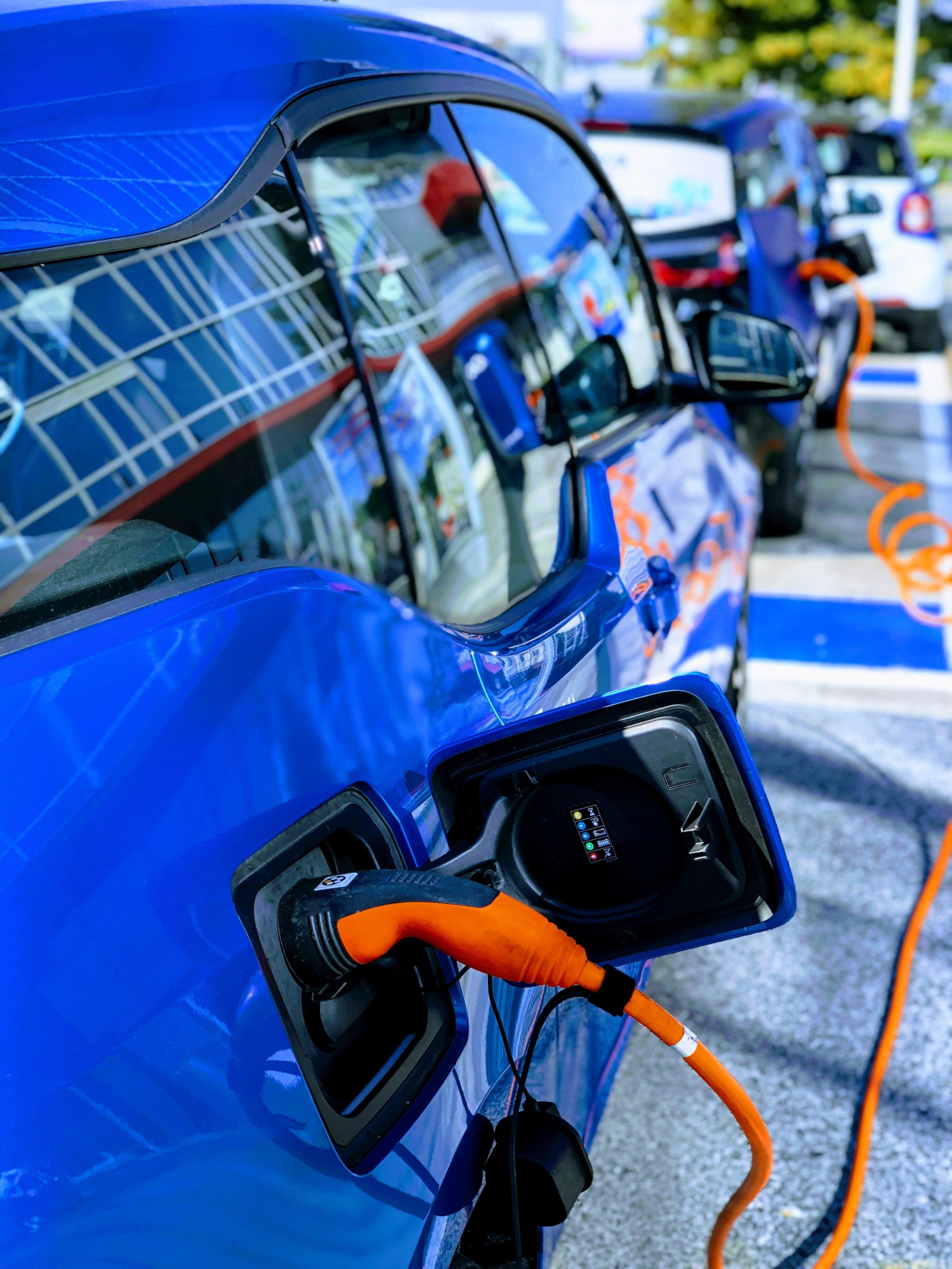 An electric luxury vehicle being charged up. Photo by John Cameron on unsplash
Previous story

The Year of the Brown Dog in the Chinese lunar calendar offered ZEVs the greenest of growth. Sales more than doubled to 44,000 in 2018 from 19,000 the previous year.

ZEV market share rose from about 0.9 per cent to 2.2 per cent. That’s healthy, but still far short of 7.3 per cent captured by Ford’s F-series trucks, Canada’s perennial sales leader.

Ford’s next-generation F-150 is expected to launch in 2020 with a plug-in hybrid version, and the company announced at the recent annual Consumer Electronics Show that it would eventually introduce a battery-electric pickup truck. Advocates are advised not to hold their breath though, as towing capacity is important to pickup drivers; electric trucks will require far larger heavier batteries than small sedans and crossovers, simultaneously raising costs and reducing towing capacity.

While Canadian ZEV figures pale against Norway’s astounding 49 per cent market share last year, it should go without saying that the countries differ significantly, and not just in how they prioritized their allocation of oil revenues. An array of Norwegian taxes waived for ZEVs has long made combustion vehicles more expensive than their electric cars, a situation that will take at least a decade to be replicated in most parts of the world. And while Norwegian oil production will fall to a 30-year low this year, the populace appears to accept production increases in the next half decade.

Given the doubled market share for ZEVs in Canada last year, what might 2019 bring? This correspondent expects sales to be flat year-over-year, and will treat any growth as a gift. Why such pessimism in the face of five years of 65 per cent annualized growth?

On the positive side, a variety of new plug-in electric vehicles are entering the market. At the high end, the Jaguar i-Pace will soon be joined by the Audi e-Tron and Mercedes EQ; mass market offerings include the plug-in electric Hyundai Kona, Kia Niro, and the Subaru Crosstrek.

On the negative side, the end of Ontario’s incentives almost certainly reduced the ZEV allocations that automakers’ Canadian divisions were able to negotiate from their head offices. (British Columbia’s ZEV mandate was announced at the end of the year, but the official policy has yet to be released, and the province has a third of Ontario’s population.)

Auto sales declined year-over-year for the first time since the 2008-09 recession, and interest rates are rising, both of which tend to push consumers downmarket, and ZEV sticker prices remain above their combustion cousins.

While Tesla catalyzed ZEV sales growth in Canada in 2018, if worse comes to worst, the company could catalyze a ZEV sales decline in 2019. To borrow from the common expression, if Tesla sneezes Canada’s ZEV market will catch a cold.

Last year, Tesla’s Model 3 accounted for about one in six ZEV sales in Canada. The arrival of the base model,(USD $35,000 / CAD $45,600) Model 3, would send Canadian ZEV sales soaring, but as of May 2018, Tesla CEO Elon Musk tweeted that selling the base model at the price point promised two years before would “cause Tesla to lose money & die.”

In January Tesla announced a second round of layoffs in seven months, affecting seven per cent of the full-time workforce and an unspecified number of part-time and contract employees. It also ended a customer referral program which was “adding too much cost to the cars” and drastically increased the price of electricity at the company’s proprietary SuperChargers. (After customer outcry, the price increase was cancelled.) CNBC reported that Tesla had also made deep cuts to the production teams of its highly-profitable Model S and X vehicles.

At the risk of understatement, such actions are less characteristic of healthy companies than troubled ones; and troubled auto companies’ sales can decrease suddenly.

Prior to the recent layoffs Musk released a fart app for Tesla vehicles, and smoked marijuana on the Joe Rogan podcast in the summer, possibly jeopardizing his space company SpaceX’s ability to win NASA satellite launch contracts. SpaceX announced its own 10 per cent layoff earlier this month.

In short, while Musk’s public profile has been indispensable for Tesla in the past, he has increasingly pulled controversy from the jaws of celebrity. The past year has seen the anti-union titan mock public transit, scale back his solar company, libel a rescue diver, donate primarily to the climate change-denying Republican Party and engage in self-dealing through his charity -- hardly the achievements progressives rally around.

Public relations challenges aside, Tesla faces operational risks as well. TrueDelta, a U.S. organization that crowdsources vehicle reliability information, reported last summer that early Tesla Model 3 sedans required repairs 460 per cent as often as the average new car. These figures should improve, as TrueDelta estimates the Model S now only requires twice as many repairs as average, but a step change will be needed. Tesla ranked last in quality by a large margin in a recent What Car? reliability survey in the United Kingdom. High margins on the Model S and Model X made it possible for Tesla to manage those vehicles’ warranty costs, but margins on the lower-priced Model 3 will leave less room for error.

Tesla has apparently strained relations in its supply chain as well, having taken the unusual step last summer of asking suppliers for refunds, to help it turn a profit. An auto industry supplier who has done business with Tesla, speaking on background, noted the latter’s poor Dun & Bradstreet creditworthiness ratings, and explained that top-tier suppliers are reluctant to continue engaging with capricious companies which don’t pay punctually.

Tesla’s punctuality is in fact at the heart of the latest argument between the company’s zealous supporters and vocal detractors, unrelated to reports that at least some Model 3 reservation-holders who cancelled their deposits are experiencing months-long delays for reimbursement.

Bloomberg recently reported that 39,606 Model 3s Teslas registered in California through October represented 49.3 per cent of U.S. registrations, suggesting approximately 80,300 total sales in the United States in the first ten months of the year.

Prominent Tesla short-seller TeslaCharts promptly took to Twitter to point out that InsideEVs.com – which has historically provided exceptionally-accurate Tesla sales estimates – gauged sales at 95,882 for the same time period. He questioned whether benign delays could explain why Tesla had failed to register 15,000 Model 3s in the intervening 80 days. (In a separate thread, the short-seller tweeted that it only took two days for his recently-purchased Chevy Volt plug-in hybrid electric car to show up in the US’ national vehicle registration database.)

Whether a tempest in a teapot or a crack in the façade, the imbroglio encapsulates the controversy of whether Tesla can mature into a disciplined, profitable, efficient automaker.

Canada’s ZEV advocates would do well to moderate our expectations in 2019. Headwinds from Ontario’s cancellation of ZEV incentives are likely to offset the tailwinds of new models from non-Tesla automakers. Tesla’s recent actions suggest financial strain at a time when Elon Musk appears to have lost his Teflon™ touch, and – in the best-case scenario – a company inexplicably struggling to register vehicles in a timely fashion will have even fewer employees with which to do so.

For Canada to escape 2019 with flat year-over-year ZEV sales should be considered a triumph, as low as those expectations may seem. Advocates would be better served to focus on next year; given the dominance of Ford’s F-series trucks, that company’s long-expected introduction of plug-in hybrid pickup trucks are likely to do still more for ZEV adoption in 2020-2021 than what Tesla’s Model 3 did in 2018.

Monsieur Klippenstein
I have never read so much bs in so few lines about Tesla.
You see I am used to read good news about Tesla and I own one too.
Maybe you should creep out from under your stone and breath fresh air and go test drive a Tesla.
You will be surprised to see the futur of mobility.

Dear National Observer
What I like about National Observer N.O. is how you help in identifying problems and inspire thoughts and actions for solutions, but this article from M. Klippenstein about Tesla is very disturbing.

I see this piece of trash from M. Klippenstein as breaking all the 10 guidelines of yours « ..ensure that we never forget the importance of our role in a free and just society »

This author obviously does not know what he’s talking about and only repeated things that appear for sure in tabloids and
from petro-propaganda that spread in mainstream media about Tesla,
but
N.O. is supposed to see beyond this non-sense, aren’t you?

This guy did everything he could to sling mud at Tesla.
That’s not better than what Fox News does.

I suggest that M. Klippenstein poor himself a glass of Whiskey on the rock as Joe Rogan and Elon Musk did and listen to the ‘whole TWO HOURS’ of their meeting and see if the only newsworthy piece of information is the fraction of a second of polite agreement to have a puff of marijuana as any polite guest would do to share ‘un calumet de paix’ with your host.
(my wife says it lasted a fraction of a second and I say it lasted 4 seconds)

At the end of the interview I did not even remember they had a puff, because my brain was still soaring on brilliant ideas that were still floating in the air.

I understand tabloids making a big title of it
but I don’t like to think of my subscription money supporting trash like M.Klippenstein.

Tesla is part of the solution, however imperfect it may be in his eyes.

Why would N.O. waste its time torpedoing solutions when the real problem is fossile energy.

Should N.O. be part of the list of media that spread as much negative news as they can about Tesla and hold good news hostage?

See the list of those in #Pravduh about #Tesla