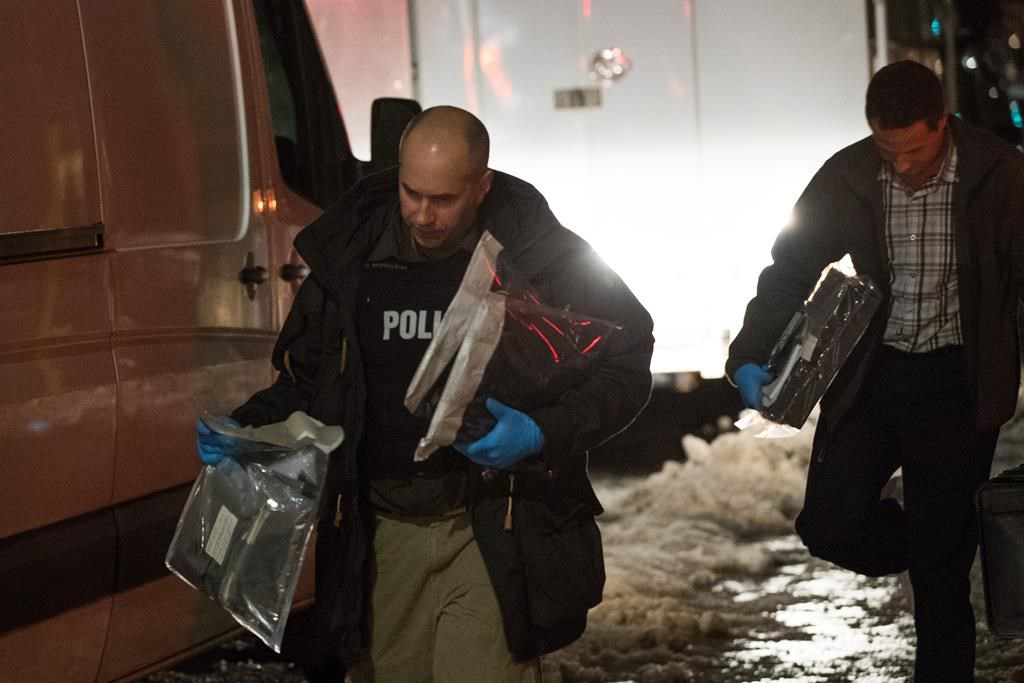 The RCMP say they have charged a Kingston youth with terrorism, alleging he tried to get someone to plant a bomb.

He's charged with knowingly facilitating a terrorist activity and with counselling someone to use an explosive or other lethal device to cause death or serious bodily injury.

The police say no actual device was ever planted.

They have also arrested an adult man but have not charged him with anything at this point.

Amin Alzahabi, the father of Hussam Eddin Alzahabi, 20, said Friday his son had been arrested but not charged. He was unsure what was happening.

"I want to know where he is," Amin Alzahabi said at his Kingston home.

The family came to Canada about two years ago after fleeing war-torn Damascus for Kuwait. Their home in Syria has been destroyed. The father was once imprisoned for not joining the ruling political party and would be vulnerable to arrest and severe retaliation should he and the family return home, according to one of the churches that sponsored the refugee family.

The RCMP said they are "working closely" with the local police on the probe, calling it an "ongoing and evolving situation."

Police were seen Friday searching a home linked to the second arrest. Police cars and orange barricades barred traffic from the street.

Public Safety Minister Ralph Goodale said any operational details on the RCMP investigation will be released by the Mounties, adding that the country's security agencies act on credible information about potential threats.

"The government of Canada has no greater responsibility than to keep its citizens safe," Goodale said in a statement Thursday evening. "Earlier today, the RCMP and other police partners took action in Kingston, Ontario, based on credible information, to ensure public safety."

The RCMP say the agencies involved include the FBI in the United States, Kingston police, the Ontario Provincial Police, the Canada Border Services Agency and the federal agency that tracks suspicious financial activities. A news conference is promised in Kingston early this afternoon where police will give more details.

"The government of Canada constantly monitors all potential threats and has robust measures in place to address them," Goodale said in his statement. "Canadians can be confident that whenever credible information is obtained about a potential threat, the RCMP, CSIS and other police and security agencies take the appropriate steps to ensure the security of this country and the safety of its citizens."

Goodale said the country's official threat level remains at "medium." It has stood at that level since the fall of 2014.