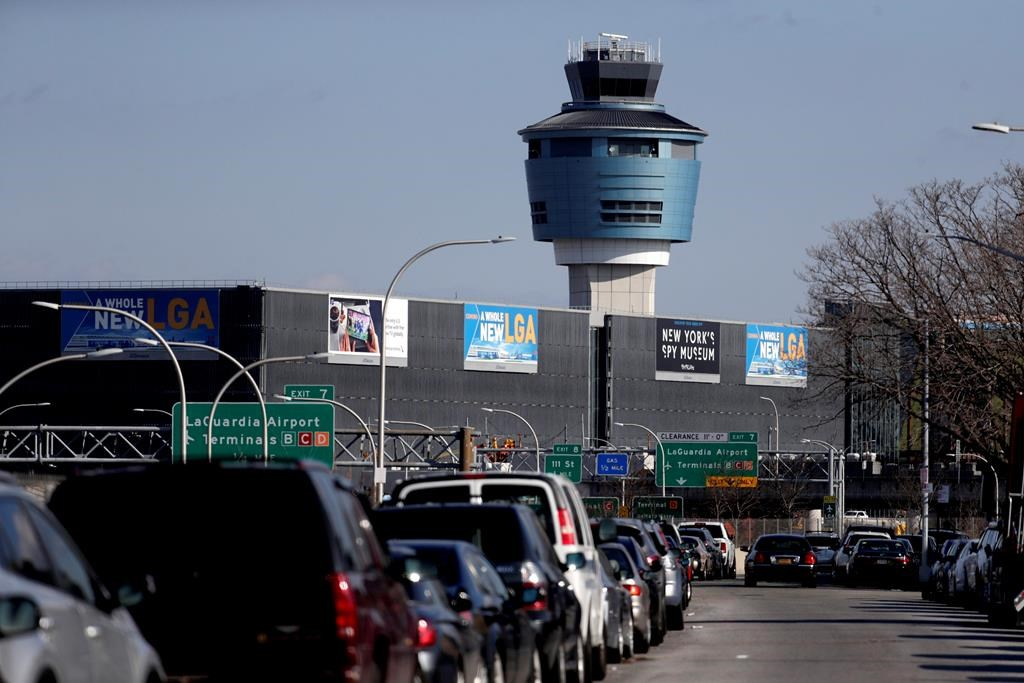 The air traffic control tower at LaGuardia Airport is seen, on Friday, Jan. 25, 2019, in New York. Photo by The Associated Press/Julio Cortez
Previous story
Next story

Two of the busiest airports in the United States are reporting flight delays due to a shortage of air-traffic controllers, believed to be a direct result of a federal government shutdown that's now in its 35th day.

Arrivals at New York's LaGuardia Airport and Newark Liberty International in New Jersey are being delayed by what the Federal Aviation Administration is calling a "slight increase" in sick leaves at two key air-traffic-control operations in Florida and Washington, D.C.

According to the FAA's website, arrivals at both airports are being delayed at their departure points — by up to 90 minutes at LaGuardia and an hour at Newark.

The effects have hit Canadian airports, where departure boards are showing delays and outright cancellations of flights bound for American destinations.

Air-traffic controllers are among the federal employees who are required to work without pay as a result of the partial government shutdown, the result of President Donald Trump's dispute with Congress over funding for his southern border wall.

A statement from the association says the impact is being managed by augmenting staffing, rerouting traffic and allowing more space between flight departures, and urges travellers to check with airlines for information about possible delays.

An American becomes a Canadian: 'Welcome to the home that is yours'