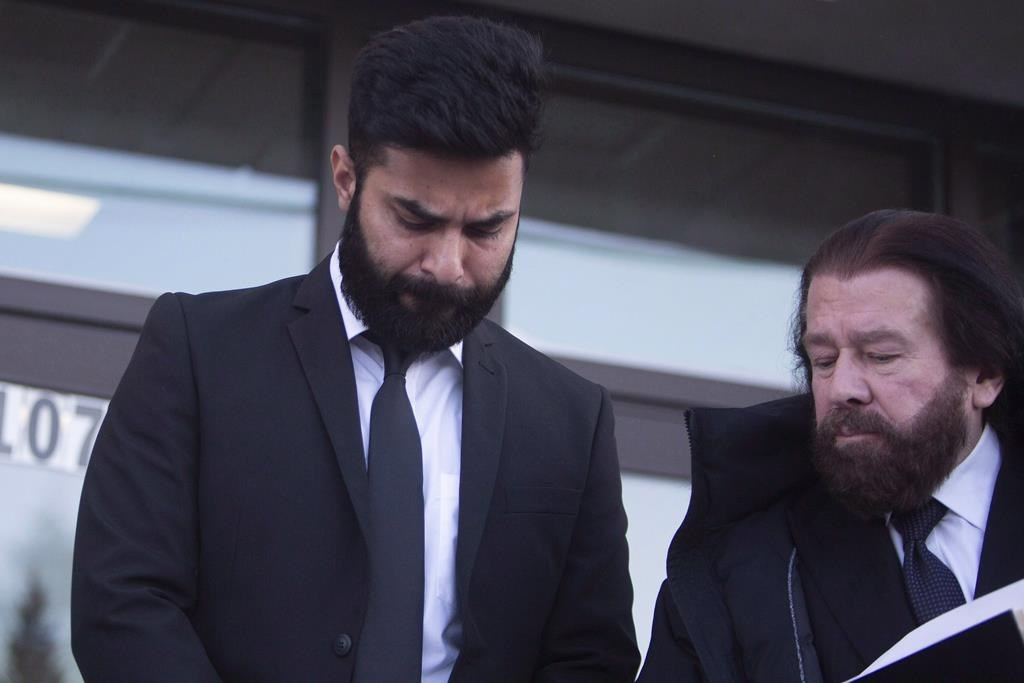 A sentencing hearing is to begin today for a truck driver who caused the deadly Humboldt Broncos bus crash.

The collision last April at a rural intersection in Saskatchewan killed 16 people and injured 13 others on the junior hockey team's bus.

Jaskirat Singh Sidhu of Calgary pleaded guilty earlier this month to all 29 counts of dangerous driving laid against him.

He had been hauling a load of peat moss when his rig and the Broncos bus collided.

Five days have been set aside for the hearing, which is taking place in an event centre in Melfort, Sask., to accommodate all the families, survivors and media.

Toby Boulet and former NHL player Chris Joseph both lost their sons and will be submitting victim impact statements in court, along with about two dozen other relatives and friends. Because there were some many victims, the hearing could see a few hundred statements entered as exhibits.

A safety review done for the Saskatchewan government was released in December. It said sight lines at the intersection are a safety concern and recommended removing a stand of trees obstructing the view of drivers approaching from the south and east — the same directions the bus and semi-trailer were coming from when they collided.

The owner of the Calgary trucking company that hired Sidhu also faces eight counts related to non-compliance with federal and provincial safety regulations in the months before the crash.

In December, the Saskatchewan government introduced mandatory training for semi-truck drivers which is to begin in March.