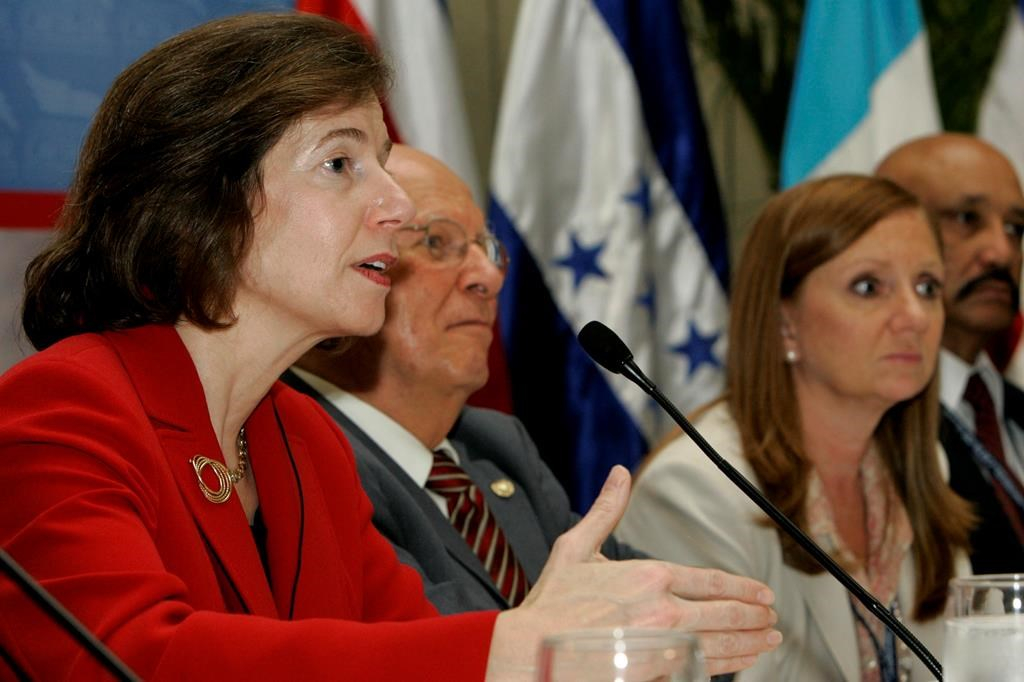 Opinions about NAFTA's replacement vary on both sides of the aisle, but there's a growing consensus that it won't pass muster in Congress until the tariffs are lifted — without being replaced by any other managed-trade mechanisms, like import quotas, said Texas Rep. Kevin Brady, the chairman of the House Ways and Means Committee, which has jurisdiction over international trade.

"Key things in my discussions with members, Republicans and Democrats, is that they're not really willing to consider this agreement until the steel and aluminum tariffs are ensured to be lifted off, including quotas," Brady said Tuesday during a morning appearance at a trade conference in Washington.

"Frankly, quotas can be just as disruptive as tariffs can be ... the truth of the matter is the agreement's strong enough to stand without them. These are fair trading partners, trading fairly in those metals, so I think that's going to be one of those threshold issues."

In Washington trade circles, it doesn't take long for a discussion about the agreement — christened the USMCA by Trump, but known more colloquially elsewhere as the "new NAFTA" or "NAFTA 2.0" — to turn to one of two subjects: the deal's fate in Congress, and the future of the tariffs, which Foreign Affairs Minister Chrystia Freeland calls "illegal and unjust."

"This action is having results. In fact, just this week, Kevin Brady said in the U.S. that he did not see how the U.S. could ratify NAFTA while these tariffs were still in place."

Brady said the process of "counting the noses" — determining which members of Congress support the agreement, which don't, and why or why not — is underway in order to produce an inventory of issues to be addressed by U.S. Trade Representative Robert Lighthizer in order to secure congressional support for the deal.

Democrats say it lacks effective enforcement tools for its labour and environmental provisions. Republicans, Brady said, are concerned about the erosion of investor-state safeguards and the uncertainty posed by a clause that the deal be open to review every six years, a caveat Canada initially opposed.

"Every trade agreement is a mixed issue, and I know Democrats are voicing the need for strong enforcement on the labour provisions," Brady said.

"For Republicans, it's more the architecture; the investor-state protections are not as broad and as strong as they need to be in our members' views, we still are trying to figure out how the sunset mechanism works for or against certainty for trade long term."

As a result, it's still too soon to predict when a vote might take place on Capitol Hill, especially given the lingering hangover of a month-long government shutdown, a bruising political battle over Trump's U.S.-Mexico wall and the possibility that three weeks from now, the president could revisit his shutdown strategy or declare a national emergency at the southern border.

Observers have long assumed neither Canada nor Mexico would be willing to ratify the deal before the U.S., leaving America's neighbours in a holding pattern. Martha Barcena Coqui, Mexico's new U.S. ambassador, said last week she expects a vote during the upcoming session of her country's Congress, which gets underway next month. In Canada, Parliament has until the end of June if it wants it done before the federal election in October.

Getting out ahead of the U.S. could pay dividends, said Miriam Sapiro, a Democrat who served as deputy and later acting U.S. trade representative under President Barack Obama.

"It's fair to say that this agreement is likely to pass more quickly than Mexico will pay for a border wall," Sapiro joked during a panel discussion about the USMCA.

"I think it would help if Mexico and Canada could pass the agreement first, for two reasons: first of all, that puts more pressure on the Congress to consider it in a timely fashion, and, second of all, it actually makes it harder for anybody to speak seriously about reopening the text."

A little discord around trade deals is a good thing, added Sapiro, who was joined on the panel by Canadian Chamber of Commerce president Perrin Beatty and Kenneth Smith Ramos, who led the previous Mexican government's NAFTA negotiating team.

"There is a range of issues coming out and that is healthy," she said. "If you had one side very happy with it, then obviously the other side would be less so."

Count Beatty — a former Mulroney-era cabinet minister who was in government for both the negotiation of the original Canada-U.S. free trade deal and later NAFTA — among those who are less than thrilled with the final product, but cognizant of the possible alternatives.

"I think what we need to do — and the way most Canadians see it — is we need to judge it not against our aspirations about what we wanted to see ... but we have to judge it against what the option was on the table. And the option was potentially a trade war between Canada and the U.S., and the loss of something we'd worked very hard to build."