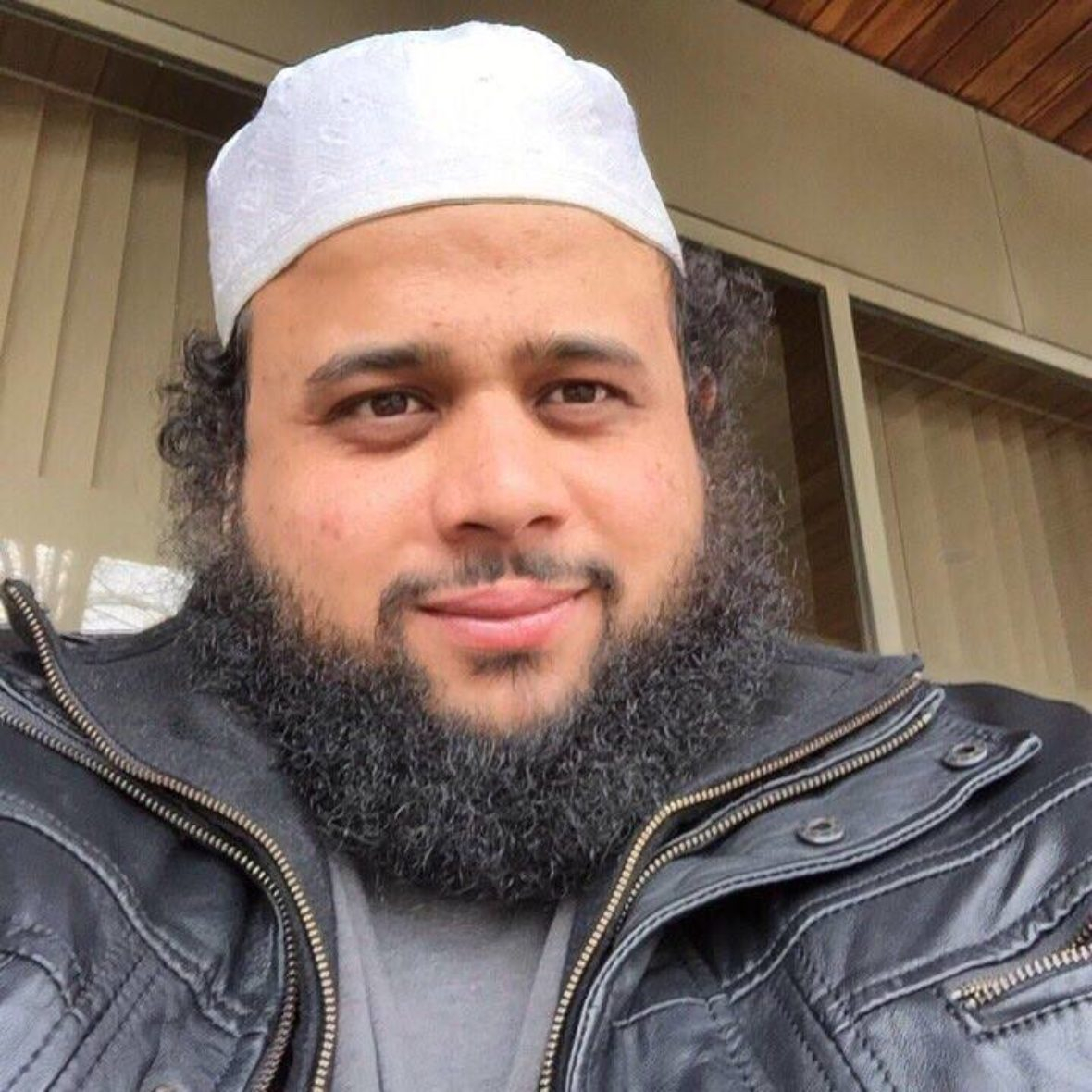 Soleiman Faqiri died on Dec. 15, 2016 after a confrontation with guards at the Lindsay jail. Supplied by Yusuf Faqiri
Previous story
Next story

The family of Soleiman Faqiri, a mentally ill man who died in solitary confinement in an Ontario jail, is suing the government for about $14.3 million on grounds he suffered “cruel and unusual” treatment.

The action comes two years after he died following a three-hour physical confrontation with guards. The 30-year-old man who had schizophrenia, had been in provincial jail in Lindsay for 11 days facing charges of assault and uttering threats, and awaiting a mental health assessment.

He died in the Central East Correctional Centre, 100 kms north of Toronto, on Dec. 15, 2016, after guards pepper-sprayed and beat him when he refused to get out of the shower and resisted going back to his segregated cell, according to a 2017 internal report by the Kawartha Lakes Police Service that refers to surveillance video of the events.

The lawsuit against the Ontario Ministry of Community Safety and Correctional Services, the jail superintendent and implicated jail staff was filed on Jan. 28, 2019. It asserts a breach of section 12 of the Charter of Rights and Freedoms which states, “Everyone has the right not to be subjected to any cruel and unusual treatment or punishment.”

The family and their lawyers said they hope the case will prompt reforms in the way people with mental illnesses are treated in the policing system.

“Soleiman’s ultimate death was directly related to the negligent actions of the defendants who used excessive and inappropriate force against him,” the family’s statement of claim alleges.

The legal claim is rooted in the emergence of a new eye witness to the altercation between Faqiri and correctional officers. The eye witness, an inmate who was in a jail cell adjacent to Faqiri's, alleges that jail guards were directly responsible for his death.

“The correctional officers who escorted Soleiman to his cell and proceeded to subject him to a physical attack far exceeded the scope of force that they were permitted to use in the course of their duties,” the statement of claim alleges.

“For more than two years my family and our lawyers have fought for information and answers,” Yusuf Faqiri, Soleiman’s older brother, told National Observer. “Details of the investigations into Soleiman’s death have been kept secret.”

The family’s only option to get “accountability and justice” is to go to court, Yusuf said. “We want to make sure Soleima’s death is not in vain,” he added. “I don’t want what happened to my late brother to happen to another family.”

Although Faqiri did not have a criminal record, according to the Kawartha Lakes police internal investigation, he had been apprehended by regional police about 10 times over the past decade under the Mental Health Act. The report was obtained by the Toronto Star in February 2018.

His condition deteriorated significantly over five days Faqiri spent in segregation at the jail, says the report, which is detailed in the 25-page statement of claim. He was seeing a ministry psychiatrist, but refused to take his medication and had a history of non-compliance with prescribed medication, says the report.

On Dec. 6, 2016, Faqiri was moved to a segregation cell “due to concerns for his safety, the safety of other inmates, and the safety of (jail) staff,” says the report. Six days later, a justice ruled that he should receive a mental health assessment.

The events that led to his death on Dec. 15 began when he was taken out of his cell and escorted to the shower in a wheelchair. Faqiri was handcuffed and covered in blankets. Guards told police he was spraying them with water and throwing shampoo bottles, according to the report. They said he was having a schizophrenic episode.

At 1:45 p.m that day, a clear plastic free-standing shield was placed just outside the shower door to protect the officers in the area where Faqiri was throwing water and shampoo. His psychiatrist was called to help calm him down, and he was handcuffed and taken back to his cell.

The report says he started to display aggressive behaviour and resist his escort by spitting at them. A guard used pepper spray on him as they reached his cell, where six officers forced him inside. Faqiri continued to display “aggressive and assaultive behaviour,” according to the report. An officer delivered a knee strike; another forced his right lower leg on his back.

The struggle lasted for over 10 minutes, said the report. Faqiri tried to hit the officers with his hands, which were still handcuffed, and also spat at and bit them. Officers delivered strikes to his body to keep him grounded, “where they can better gain control of him,” said the report. Pepper spray was used again.

Surveillance video described in the report shows 20 to 30 officers entering his cell at this point. These new officers started to “tap out” the officers “who were exhausting themselves in the struggle,” the report says.

As Faqiri lay on his stomach in his jail cell with his hands raised above his head, still handcuffed, officers observed that he was “possibly not breathing.” Guards entered the cells, removed the handcuffs and began CPR. Nurses soon arrived with a defibrillator.

According to a homicide/sudden death report, Faqiri was dead by the time paramedics arrived.

Members of the City of Kawartha Lakes Police Service were notified of the death “almost immediately,” at 3:45 p.m.

Months later, a coroner’s report found 50 bruises on his body as a result of blunt-force trauma, but the cause of his death was found to be “unascertained” by the coroner. Nine months after his death, a police investigation found that “no grounds exists to process criminal charges against anyone who was involved with (Faqiri) prior to his death.”

The Faqiri family’s lawyers, Hasan and Edward Marrocco, said they believe what they’re claiming in the lawsuit will set the stage for “a precedent setting case” because the family is seeking Charter damages for a high profile death of an inmate.

“A case like this has not gone to trial,” Marrocco said, adding that the point of the lawsuit was to uncover the truth of what happened to Faqiri, why it happened, and also to make sure it doesn’t happen again.

The legal proceedings could take months or years, Marrocco said, but it will compel discovery and oblige the government to produce relevant documents and evidence in regards to Faqiri’s deaths.

The Ontario Provincial Police have reopened the criminal investigation after Kawartha Lakes police failed to interview an eyewitness that was interviewed in by CBC Fifth Estate, Marrocco and Hasan confirmed.

The CBC’s investigation also revealed that Ontario’s chief coroner Dr. Dirk Huyer has reopened the probe into Faqiri’s death after new evidence came to light that “required further investigation within a criminal justice perspective.” The CBC report included the new eyewitness account from the inmate in the adjacent cell who said he saw the altercation between Faqiri and the jail guards.

Marrocco and Hasan noted that neither the coroner’s report, nor the police investigation made clear why Faqiri was not breathing after the altercation. The lawsuit alleges that the inmate that witnessed a guard put his knees on the back of Faqiri’s neck while he was on the ground.

If this is proven true, “It looks like the coroner was not given the whole story,” Marrocco told reporters Wednesday. “No one had reason to think Soleiman’s airway was constricted.”

“The inescapable inference from all of these facts is that (Faqiri) was beaten to death,” Hasan said. “But our strong suspicions were confirmed when this eye witness came forward.”

As a result, the civil litigation process “is the only tool available to the family where they can have a voice in the process and the ability to steer the direction of the case,” Hasan said.

Since Premier Doug Ford's government took office, the Faqiri family’s attempt to contact the new Minister of Community and Safety Services Sylvia Jones have been futile, Yusuf said. Their attempts have been fueled by the support they have received across the province. More than 16,000 Canadians have signed an online petition demanding answers and calling for justice in Faqiri’s case.

“Soleiman was by no means the first person who was mentally ill who belonged in a hospital but who died in jail,” Hasan said. “Unfortunately that list is far too long.”

It’s been 776 days, Yusuf told National Observer. “We have never been the same. My mother often tells me every day how much she misses her beautiful son. My father often weeps incessantly while my siblings and I struggle to cope with trauma that often at times is unbearable.”

“We are seeking accountability and justice for Soli,” Yusuf said, addressing his deceased brother by his affectionate pet name. “We do not want anyone else to go through what we have been through. Soleiman meant so much to us. His death will not be ignored.”

From career criminals to A-students through women's prison education

All over the "civillised world" we have closed insane asylums. Invariably as a result of happy politicians, glad to push the problems of mental illness into the community - which had no infrastructure in place to deal with it, and is still, how many yers later? no closer to improving the lives of the mentally aflicted. What we have done is turn the justice system and the so-called correctional system into the new asylums. There is nothing just, nothing correctional, and no asylum available in our new paradigm.

Canada's incarceration system is no more capable of dealing with mental illness than its 19th century predecessors. Asylums largely failed through systemic underfunding and social and political abandonment of responsibility. Despite multi-million profits in the pharmaceutical industry, no drug has yet "cured" mental illness and despite millions in research we have little practically actionable therapies, or understanding of the origins/causes of these diseases. Our political and social responses to insanity are paltry advancement on Hitler's "final solution". Instead of lethal injections or gas chambers, our default response seems to be violent, armed response by police and jail guards. How is this better than Bedlam!
Perhaps if this lawsuit is successful - it might spark a Royal commission and a change in direction. By all accounts incidence of mental illness is increasing and the angst and disfunction of our world will only increase with existential threats looming.