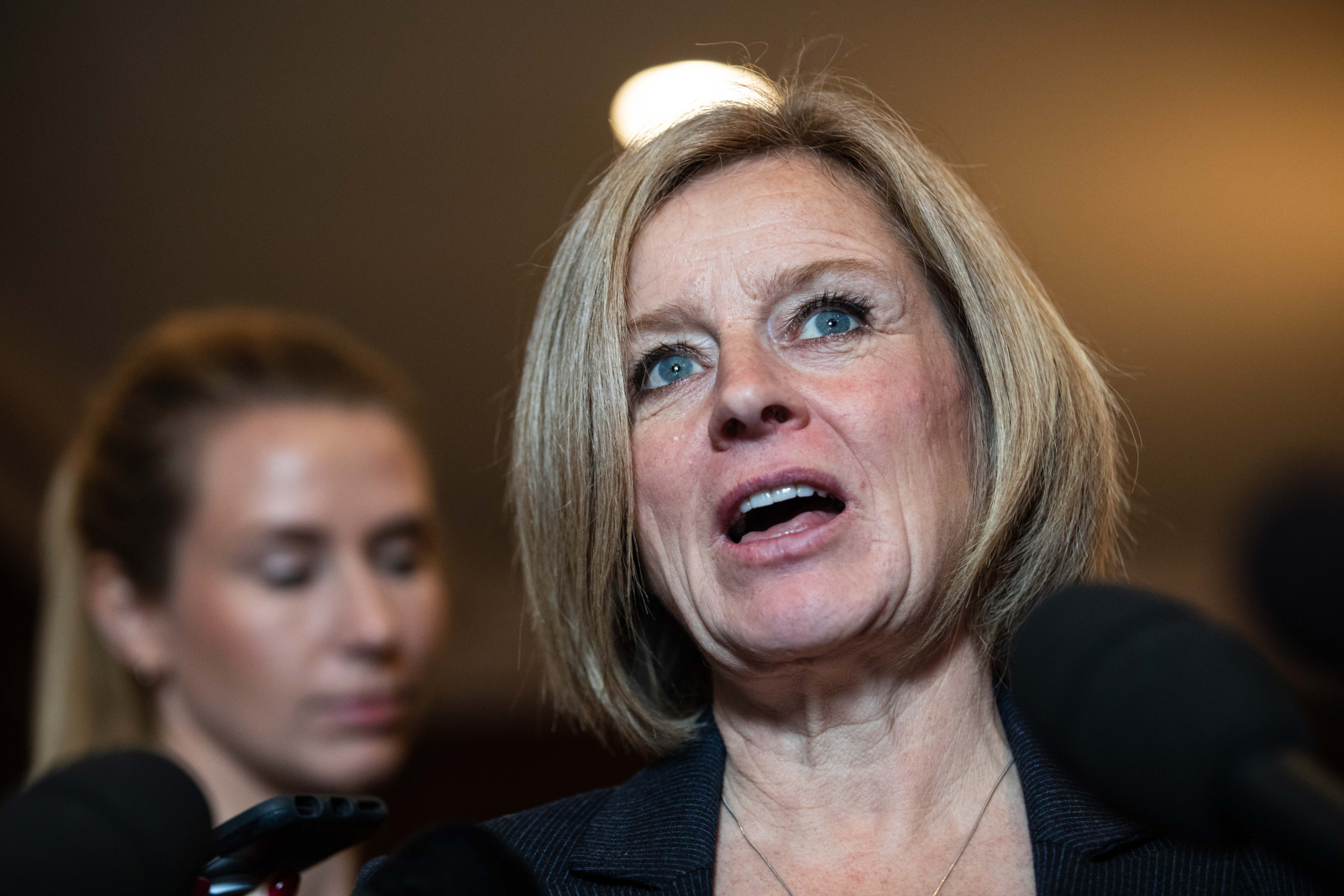 Alberta Premier Rachel Notley's NDP government is allowing oil companies to increase production in February and March, easing up on limits that were imposed in December to prevent job losses.

Notley's government announced that the government would allow an increase of about 75,000 barrels a day up to a total 3.63 million barrels of oil production per day in February and March.

The original cuts were imposed to ease a growing gap between the price of Alberta oil on the market in 2018, versus the price that the market was paying for oil from other jurisdictions. Several small and mid-sized companies said that the gap in the market price was pushing them into dangerous territory that would lead to thousands of job losses.

“We’re not out of the woods yet, but this temporary measure is working," Notley said in a statement. "While it hasn’t been easy, companies big and small have stepped up to help us work through this short-term crisis while we work on longer-term solutions, like our investment in rail and our continued fight for pipelines. I want to thank Alberta producers for working with us to protect the jobs and livelihoods of thousands of Alberta families and businesses, and your cooperation has been key to easing these limits ahead of schedule.”

Some companies have openly supported the production cuts, while integrated companies, which owned refineries, were benefiting from the lower prices.

The government said it made the decision to ease the production limits based on new data showing that the amount of Alberta oil in storage was decreasing faster than expected.

Notley has argued that new pipelines are the best long-term solution to addressing the situation, as part of her government's climate change plan. Anti-pipeline opponents have argued that Alberta should stop expanding its oil and gas industry as part of a larger plan to transition its economy to renewable energy and do more to fight the pollution that causes climate change.

Perhaps it might be wise to encourage Oil companies to become Energy companies and strive to generate energy from renewable resources like wind, water and sun while decreasing the combustion of oil as a source of energy. Oil workers become energy workers and we all profit from a cleaner environment.

All provinces, as well as the federal government, should stop subsidizing fossil fuel research and development and spend those dollars in conversion to renewable energy sources. The reasons are compelling and very, very real. Those who scoff at this reality should take the time to actually read material published by the UN relating to the IPCC.

I wonder how many banks will

I wonder how many banks will be willing to fund the fracking that is predicted to increase, now that, as receivers, they will have to clean up the mess when the companies go bankrupt??