Once populous sea stars disappearing because of warm water and disease 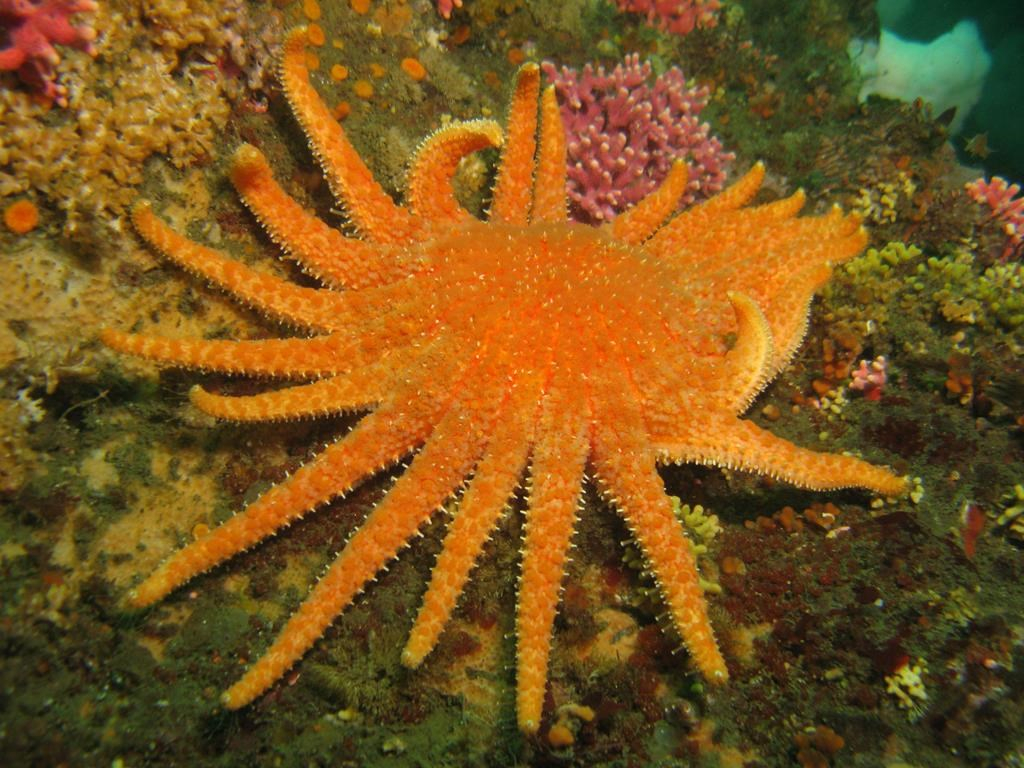 A sunflower starfish is seen in Neah Bay, Wash., in a 2013 handout photo. Handout photo by The University of California Davis/Janna Nichols
Previous story

Warm waters and infectious disease have been determined as the causes of a die-off of sunflower starfish along the Pacific coast, says a newly released study.

Sunflower sea stars are among the largest starfish in the world and come in a variety of bright colours, including purple and orange. Some of them grow to more than a metre long and are so quick they "literally run across the seascape," said Joseph Gaydos, the senior author of the study.

"But when this disease happens it's like a zombie apocalypse," said Gaydos, who's with the SeaDoc Society out of the University of California, Davis.

So, what used to be a "big, beautiful sea star," and weighed about five kilograms resembles a pile of calcified parts within days, he said.

"It's just a really ugly and fast disease for these sunflower sea stars."

In 2013, scientists began noticing populations of the species declining between 80 and 100 per cent in deep and shallow waters from Alaska and British Columbia right down to California. The population information was collected by scuba divers and deep trawls.

Sunflower sea stars are found in waters from hundreds of metres to just three metres.

Gaydos said the temperature increases of the water were not the same in all areas.

One of the theories put forward by scientists is that an increase in temperature makes the sea stars more susceptible to the disease that was already present, especially since sea stars don't have complex immune systems, he said.

Gaydos said sunflower sea stars are voracious predators, and when they decline the numbers of sea urchin can increase.

Such disease outbreaks can have a big consequence on the whole ecosystem, he said.

"Urchins can mow down kelp forests and then when you lose kelp you lose biodiversity," he said. "Kelp is a place for fish to hide out, kelp is a food for other animals."

"Kelp also don't do well when ocean temperatures increase so it's like a one-two punch for kelp."

One of the options to help kelp is selective harvest of sea urchins, which is being tested in California, Gaydos said.

And an option to help the population of sunflower sea stars is captive breeding where animals that are more resistant to the virus can be selected, he said.

Gaydos said the die-off is a wake-up call.

"It's hard to keep an eye on what's happening in the ocean but we need to pay attention because this happened over a very short period of time," he said. "To have a whole species almost disappear, that's not good."