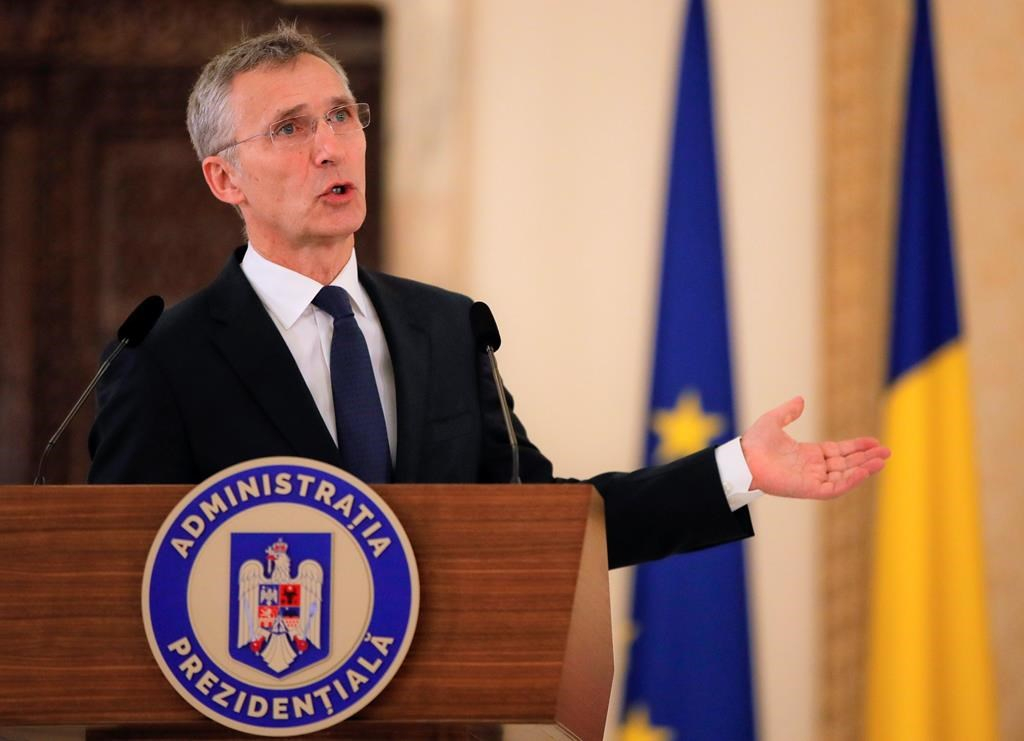 The chief of NATO weighed into the ongoing diplomatic spat between China and Canada when he called on Chinese officials Thursday to treat two Canadians detained in the country "fairly and with due process."

In his first public comments about the case, Secretary General Jens Stoltenberg said he was following their case "with concern" and urged Beijing to address the concerns of the Canadian government, which wants the pair to be "immediately released."

Diplomat Michael Kovrig and entrepreneur Michael Spavor have been detained in China since December for allegedly endangering national security.

Their arrests came shortly after Canadian authorities in Vancouver arrested Meng Wanzhou, a senior executive with Chinese firm Huawei Technologies, who is wanted by the U.S. on fraud charges.

Another Canadian, Robert Lloyd Schellenberg, received a death sentence for a previous drug-smuggling conviction, a harsher penalty than the 15 years of imprisonment he'd already been given.

The final decision of whether to extradite Meng could ultimately land on Justice Minister David Lametti's desk, but that could that take time if it happens at all.

Lametti said he will have to make the call at the very end of a complex legal process if there is an actual extradition order against her.

A Vancouver court heard that the United States has issued a formal extradition request for Meng, Huawei's chief financial officer, who was arrested Dec. 1 at Vancouver's airport. She is facing charges of bank fraud, wire fraud and two counts of conspiracy to commit both.

The case will return to court in Vancouver on March 6 to discuss Canada's authority to proceed with the extradition request.

The U.S. Department of Justice laid out its case Monday against Meng and Huawei, both of whom have denied any wrongdoing.

Meng's arrest has touched off a political furor marked by days of angry anti-Canada rhetoric from China's foreign ministry, culminating last weekend in the firing of John McCallum as Canada's ambassador to China.

- With files from The Associated Press