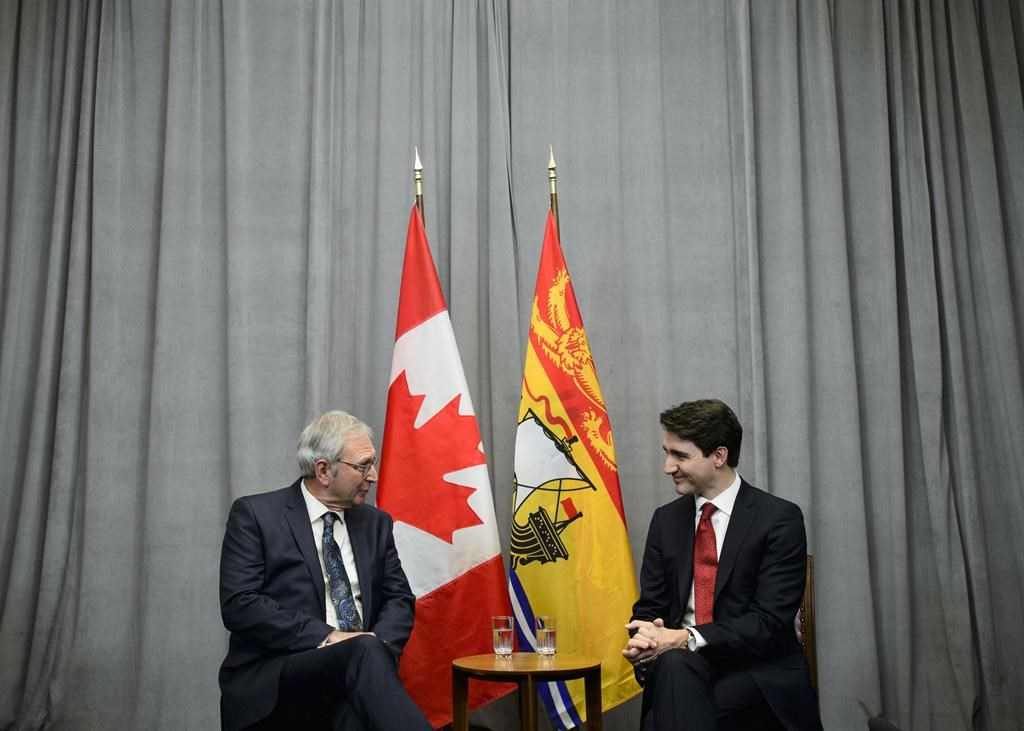 Higgs met with Justin Trudeau on Tuesday in Ottawa, but the premier said there was no movement on the contentious issue of the federal government's carbon tax.

Higgs said New Brunswick industries aren't getting credit for the work already done to reduce emissions. He added the federal backstop — the tax Ottawa will impose in provinces without their own carbon taxes — puts his province at a disadvantage, and if it remains in place, New Brunswickers will be paying the highest tax on gasoline by 2022.

"We would like to have the same consideration as Saskatchewan is seeing, as Newfoundland is seeing, and many of the other provinces in relation to recognizing where industry is today. We didn't get an agreement on that."

Higgs said the prime minister would also not agree to put the backstop on hold until at least the conclusion of the court challenges.

The premier said the federal government has agreed to share some information on negotiations to address softwood lumber tariffs by the United States. Higgs has meetings in Washington later this month.

New Brunswick producers had been exempt from the tariffs in the past, but many were hit with a duty of 20.83 per cent at the end of 2017.

Going into the meeting, Trudeau told reporters he was looking forward to working with Higgs.

"There are always going to be things we have differences of opinion on but my approach is to always look at ways we can work together," Trudeau said.

Higgs said there's a sense of urgency on many of the issues affecting the province and hoped the upcoming federal election wouldn't get in the way.

"I guess there's work to be done as we consider particular projects but we've got to set personal opinions aside. I don't want to get caught up in this year being an election year," Higgs said.

Higgs, a Progressive Conservative, said he'd like to work with the Liberal government, but hinted he could campaign against them ahead of this year's federal election, if there's no movement on issues impacting New Brunswick.