By The Canadian Press | News, Energy, Politics | February 8th 2019
#938 of 1552 articles from the Special Report: Race Against Climate Change 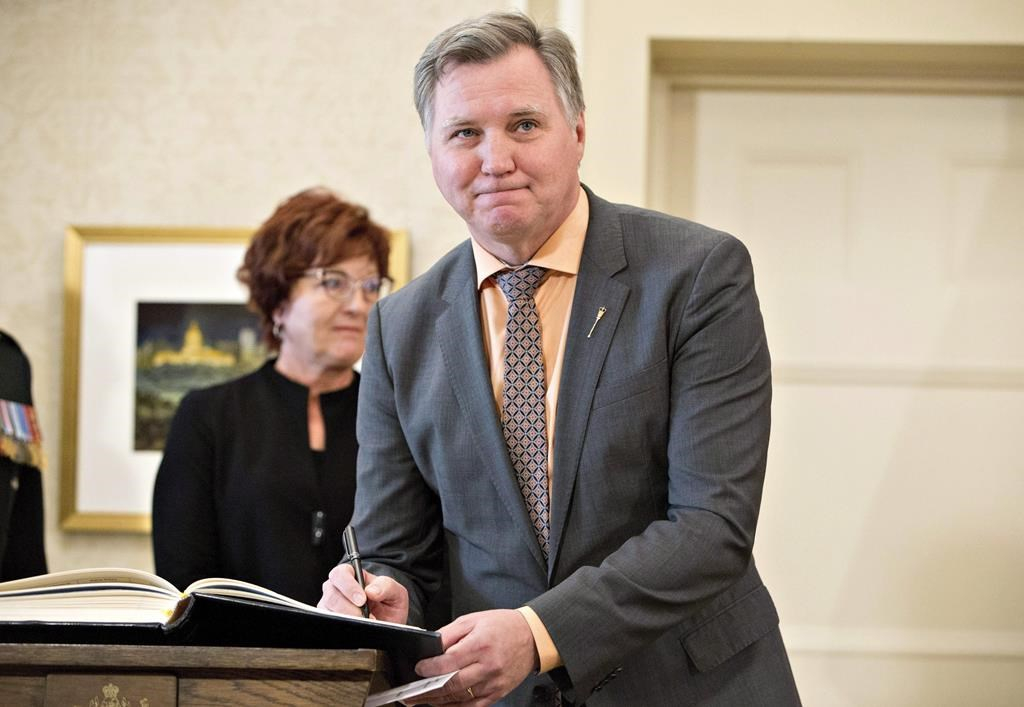 Alberta Minister of Indigenous Relations, Richard Feehan is sworn in as a new cabinet minister in Edmonton on February 2, 2016. File photo by The Canadian Press/Jason Franson
Previous story
Next story

Alberta will work with Indigenous groups in the province's remote northeast corner on what the government says will be Canada's largest off-the-grid solar power project.

The plan is for 7,500 solar panels to be erected at the power plant near the airport at Fort Chipewyan.

It's expected the solar farm will be operating by next year and replace the equivalent of 800,000 litres of diesel fuel — about 25 per cent of the community's energy use.

Alberta is contributing $3.3 million for the project with local Metis and the Athabasca Chipewyan and Mikisew Cree First Nations.

Fort Chipewyan is not connected to Alberta's electricity grid and must burn diesel fuel for heat and power.

The project's size and storage capacity is required because of the lack of sunlight in the winter at that latitude.

Sunlight in the region swings from about six useful hours a day in winter to 18 hours in the summer.

The battery capacity will allow excess energy to be stored for use at night and in winter periods.

The total cost of the project is $7.8 million.

The project is expected to make roads safer by reducing tanker-truck traffic.

Athabasca Chipewyan Chief Allan Adam said his First Nation wants to be part of the solution to climate change.

"While our regional economy depends on the oil industry, we feel the effects of climate change in our community and see the growing impacts on our delta lands," he said.

Is this an election year in

Is this an election year in Alberta or WHAT?!!! How ironic that such a project be built right in the middle of the largest fossil fuel industry on earth!!!