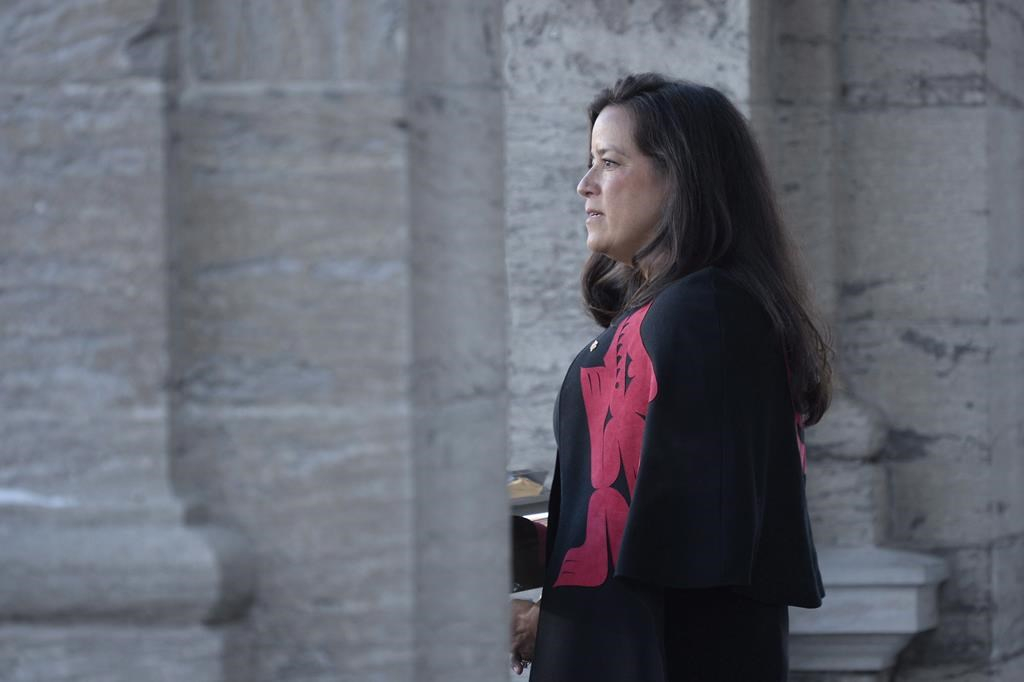 As the frigid air of an Ottawa winter howled outside in January 2013, Jody Wilson-Raybould stood at the centre of a mass of national media, trying to be a peacemaker as First Nations chiefs from across the country battled over how to secure a meeting with the sitting government on their terms.

Some wanted to reject a meeting with prime minister Stephen Harper, because they felt their talks should be directly with the crown, or its representative in Canada, Gov. Gen. David Johnston.

Wilson-Raybould was the British Columbia regional chief for the Assembly of First Nations, and she was going to build the bridge between the chiefs, and then between the chiefs and a government many felt was hostile to Indigenous issues.

When the meeting with Harper finally happened, she would later say, she realized change was going to be easier if she was on the inside. So she ran for the Liberals in the 2015 election and won in a downtown Vancouver riding.

Fast forward six years, and in the frigid air of another Ottawa January, Wilson-Raybould was grim as she faced the reality that three years after getting one of the highest portfolios in Prime Minister Justin Trudeau's cabinet, she was being demoted.

With the enthusiasm of a child being asked to apologize for stealing a cookie, she delivered the agreed-upon line, that moving from Justice to Veterans Affairs was not a negative, that there was "no world" in which serving Canada's veterans had a downside.

Less than a month later, Wilson-Raybould is at the centre of one of the biggest storms to hit the Trudeau government: allegations the prime minister or his aides pressured her to help Quebec corporate giant SNC-Lavalin avoid a criminal prosecution, and demoted her at least partly because she wouldn't co-operate.

Trudeau has flatly denied the allegations.

The fear of reprisal for speaking about anything to do with the situation was running so high Friday most Liberals approached flatly refused.

Treasury Board President Jane Philpott, said to be one of Wilson-Raybould's closest friends and allies in cabinet, was not available. One former senior staffer said it was too uncomfortable to talk about.

Outside of government, there is a flattering view of Wilson-Raybould, a description of a woman who is exceptionally smart and exceptionally driven.

Born into a political family, her father, Chief Bill Wilson, once told Pierre Trudeau, father of Justin, that his daughters were going to be prime ministers one day.

Bill Wilson, who issued words of support for his daughter on social media this week, helped get Indigenous title to land and treaty rights enshrined in the Constitution.

Wilson-Raybould does leave a significant legacy as justice minister. She shepherded two of the biggest changes to Canadian social policy in a generation: physician-assisted dying and legalized marijuana.

She is bare-legs-in-minus-30-C-windchill tough — that's how she publicly accepted her new job outside Rideau Hall — a former B.C. Crown prosecutor who is assertive and knows her own mind. Any criticism of Wilson-Raybould for sticking up for her convictions, said North, is rooted in sexism.

"Someone who is very strong and assertive, when it's a male, it's not even considered anything that's negative," she said.

Editor's note: National Observer republished this article, originally published by the Canadian Press, a news wire service to which we subscribe.

CP has published the following note about the article which "included a number of quotes and paraphrased comments critical of Jody Wilson-Raybould's style from unnamed sources."

Further, CP said in its note:

"Following an internal review, we have determined that the story did not meet CP's standards and procedures for how to handle sources who are only willing to speak to reporters on condition of anonymity. The Canadian Press Stylebook, which sets out our policies and principles, restricts the use of anonymous material to 'information — not speculation or opinion — that's vital to the report.' The quotes and some of the comments attributed to the sources were clearly speculation or opinion.

"In addition, CP policy stipulates that when a story cites an anonymous source, a detailed explanation be included to explain to readers why granting anonymity was justified." The report in question made only broad reference to people on Parliament Hill refusing to go on the record about the Wilson-Raybould affair for fear of political or political recriminations. More details about the sources to establish their credibility should have been included.

"When it comes to unnamed sources, our Stylebook reads, in part, as follows:

"'There are of course many situations when people with information important to the public insist on concealing their identity for understandable reasons.

The Canadian Press would be foolish, and in some cases irresponsible, never to grant anonymity in news copy, but it can show leadership in working to stop misuse of unnamed sources.

"The Canadian Press has detailed policies on the handling of anonymous sources. They were not followed in this case. We will redouble our efforts to ensure that our journalists use unnamed sources carefully, sparingly and only when circumstances demand it.

"CP apologizes to its readers and clients for falling short of our standards."

National Observer also apologizes to its readers and subscribers for publishing a story that falls short of our own standards. We have revised the article and removed references to questionable anonymous sources.

I was outraged when I first

I was outraged when I first read the following passage in another rag, but disgusted to find unsubstantiated, anonymous, sexist denigrations of this exemplary minister in the National Observer, which prides itself on objective and factual reporting; instead we are treated to what looks like systematic character assassination by a media conglomerate. Worse, it deflects from the real issue, which is the apparently unlimited power of the PMO cabal to flout the law,

“She was being moved because she had become a thorn in the side of the cabinet, someone insiders say was difficult to get along with, known to berate fellow cabinet ministers openly at the table, and who others felt they had trouble trusting.

Less than a month later, Wilson-Raybould is at the centre of one of the biggest storms to hit the Trudeau government: allegations the prime minister or his aides pressured her to help Quebec corporate giant SNC-Lavalin avoid a criminal prosecution, and demoted her at least partly because she wouldn't co-operate.

Trudeau has flatly denied the allegations.

Several Liberals approached Friday said they were confident the story came from Wilson-Raybould herself.

"She's always sort of been in it for herself," said one insider who didn't want to be identified. "It's never been about the government or the cabinet. Everything is very Jodycentric." “