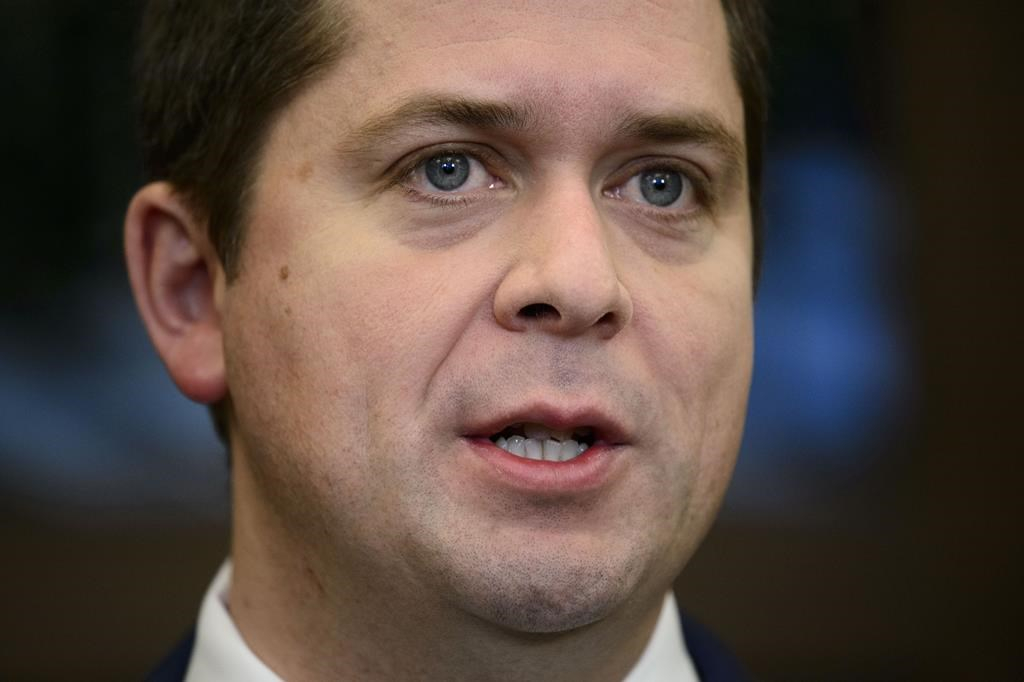 Conservative Leader Andrew Scheer is on a campaign-style swing through New Brunswick as the party seeks to make gains in a province and region where it was shut out last time.

The Liberals captured all 32 House of Commons seats in Atlantic Canada during the 2015 election, including 10 in New Brunswick.

"There's a real sense that although the Liberals went 32 for 32 in the last election, that the people of Atlantic Canada have gone zero for 32 since then," Scheer said Monday in Fredericton.

Scheer held a town hall meeting Monday evening in the city and drew loud cheers from a large crowd when he said there are about seven months until Canadians get an opportunity to choose a new government in October.

Scheer took questions on a long list of issues, ranging from help for disabled veterans and people suffering with mental health, to pipelines and interprovincial trade.

He also vowed to axe the federal carbon tax.

"We know that the carbon tax is going to hurt families and working Canadians, small businesses and people who don't have the ability to get a special deal from the government like large industrial emitters got," Scheer said.

Some of the loudest cheers came when Scheer vowed to help small businesses if his party forms a government.

On Tuesday, he is scheduled to speak to a business audience before meeting with Premier Blaine Higgs and his cabinet. He is also holding a policy brainstorming session with Conservatives from across Atlantic Canada. Higgs became the region's lone Tory premier last fall after ousting Liberal Brian Gallant, a close ally of Prime Minister Justin Trudeau.

At a news conference in Fredericton, Scheer said his party would develop a broad based set of policies to appeal to Canadians across the country.

He also hit on some local hot button issues, including the Energy East pipeline.

"There's a great deal of frustration, especially here in New Brunswick, that the Liberals killed Energy East and that every single Liberal member from the region voted against our motion of support for Energy East," he told reporters.

"Obviously the carbon tax is very unpopular here. People know they are going to pay much more in taxes than they'll get back. It is making life less affordable for the people of New Brunswick."

Donald Wright, a political scientist at the University of New Brunswick, said the Conservatives need to find strong local candidates to ensure they aren't shut out again in Atlantic Canada.

"They can't write off the region as Liberal territory," Wright said.

"Very often these national elections come down to 338 mini-elections."

Wright said Scheer's base is in Western Canada and he will need to raise his profile in the east.

Scheer's visit comes on the heels of recent New Brunswick stops by Trudeau and People's Party Leader Maxime Bernier. Green Leader Elizabeth May will be in the province later this week.

New N.B. premier hopes to bring Energy East pipeline back from the dead