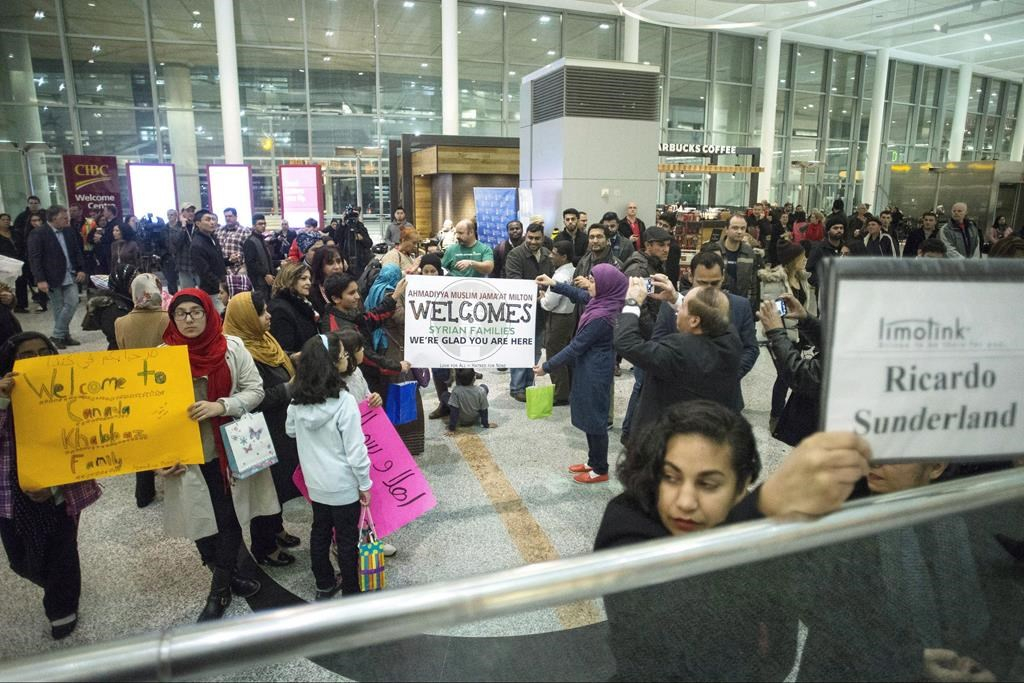 The steel mills in the Hamilton waterfront harbour are shown in Hamilton, Ont., on Tuesday, October 23, 2018. File photo by The Canadian Press/Nathan Denette
Previous story

An organization of small-business owners that helped spearhead a public campaign against the Trudeau government's tax-change proposals for private corporations is sharpening its criticism of the Liberals' forthcoming carbon-tax program.

The carbon tax has generated intense political debate across the country and it's destined to be a key campaign issue in October's federal election.

The Canadian Federation of Independent Business released a poll Tuesday that says the majority of its members believe the carbon tax is "deeply unfair."

Most of its members, the report also said, worry they'll be unable to pass along the bulk of the extra carbon-tax costs to their customers, leaving smaller businesses in a position where they'll have to subsidize household rebates under the program.

The survey, however, could be self-reinforcing. More than two-thirds of CFIB members polled didn't support any kind of carbon pricing to fight climate change.

The online survey was completed by 3,527 CFIB members in the four provinces — Saskatchewan, Manitoba, Ontario and New Brunswick — that will have to follow the Trudeau government's carbon-pricing system as of April 1 because they don't have their own regimes.

Still, the organization has found success in the past as a critic of government proposals.

In late 2017, CFIB helped lead a vocal campaign against Finance Minister Bill Morneau's package of tax-reform proposals for private corporations. The campaign spent months criticizing his plan, warning it would hurt the very middle class the Trudeau government claimed it was trying to help.

Morneau defended the proposals by insisting they were designed to stop wealthy owners of private corporations from unfairly taking advantage of the tax system.

In the end, the uproar forced him to back away from some elements of his plan.

CFIB has strongly opposed the federal carbon-tax plan out of concern it will pile on too many costs for smaller companies.

The Liberal government believes carbon pricing, which has been in place for years in provinces like British Columbia, Quebec and Alberta, is one of the best ways to lower emissions. The Liberals argue pollution is already getting expensive for Canadians as costs from climate-change-related weather events have climbed to more than $1 billion a year.

"Our plan puts a price on what we don't want — pollution — so that we can get to what we do want: a better future for our kids and our grandkids tomorrow, and money back in the pockets of hard-working Canadians today," Finance Minister Bill Morneau tweeted Tuesday.

The opposition Conservatives have repeatedly called the Liberal system a "tax grab" that will hurt the bottom lines of small businesses and families, kill jobs and make the country less competitive. Moving forward, the Tories warn carbon-tax bills will only get bigger.

Under the program, Ottawa says 90 per cent of the revenues it collects will be returned via rebates to households in each of the four provinces. Consumers will get by far the largest share because the government expects them to ultimately pay most of the new costs, passed down from businesses.

The CFIB poll, conducted in November, says about 80 per cent of respondents didn't think it would be easy for them to forward costs on to their customers. It found 55 per cent of those surveyed didn't expect to pass on any of the additional costs, while 25 per cent said they will be able to pass on less than 25 per cent of the extra costs.

"These findings should be deeply worrisome to public policy makers," said the report, which also repeats CFIB's concerns the carbon tax will arrive the same year that businesses' Canada Pension Plan premiums start to rise.

"It means small firms will be forced to find the resources to pay the tax from the business itself, which means it may come at the expense of wages, jobs or future business growth."

CFIB is calling on Ottawa to limit the impact on smaller businesses, including reassurance the same proportion of revenue collected from these firms is returned to them.

Ottawa has said 10 per cent of the revenue from the carbon tax will be dedicated to a program to help organizations, such as schools, that are unable to pass on the costs via higher prices.

Part of this portion — worth about $1.5 billion — will also be used to help small- and medium-sized businesses adapt to carbon pricing over the next five years, the government has said.

"We are still working with small businesses on how revenue from carbon pollution pricing will be returned to support Canadian businesses to reduce their emissions and their costs, and become more energy efficient and competitive," Sabrina Kim, a spokeswoman for Environment Minister Catherine McKenna, wrote in an email.

Without any evidence, Doug Ford says the Liberals' carbon tax will plunge Canada into recession