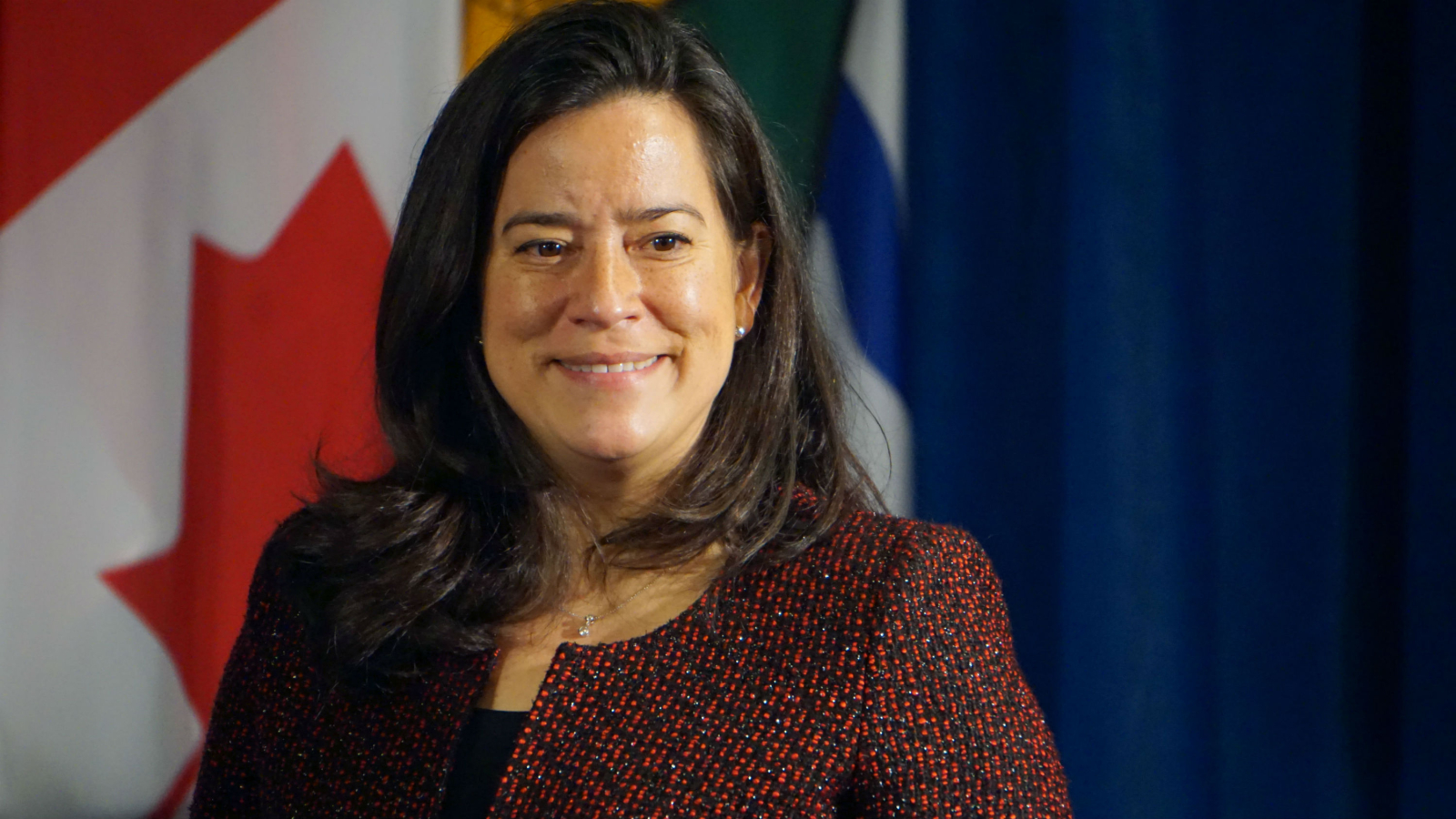 Jody Wilson-Raybould’s resignation from cabinet does not look good for Prime Minister Justin Trudeau’s government, no matter how you twist and turn it.

The rights of women, Indigenous reconciliation, back-room deals with corporations and meddling in the nation’s courts are not minor issues — they are fundamental principles upon which governments stand and fall. The explosive allegations and events of the past few days make it clear that Canadians have good reason to question the government’s intentions in all four of these areas.

In January, Trudeau shuffled Wilson-Raybould from her position as Canada’s first Indigenous attorney general into the much-less-prominent veterans affairs portfolio. Last week, the Globe and Mail came out with its bombshell report that someone in the prime minister’s office pressed her to intervene in the prosecution of Quebec engineering giant SNC-Lavalin on fraud and corruption charges.

There’s going to be a federal ethics commission investigation and the Opposition Conservative Leader Andrew Scheer said the government is in “chaos” as he called for a justice committee hearing on the matter.

With a federal election looming in the fall, the ramifications could affect the country for years to come.

Since the initial allegations were made, things have gone from bad to worse.

At first, Trudeau was cagey and stuck to a script when trying to explain his actions, saying he didn’t “direct” Wilson-Raybould on the SNC-Lavalin case. On Monday, he said Wilson-Raybould’s presence in cabinet spoke for itself. That night, she resigned from cabinet.

On Tuesday, Trudeau said he was “surprised and disappointed” by her resignation. Not only that, he said his government did everything properly and if anyone disagreed with that, they should have told him so.

Really? The prime minister of sunny ways, feminism and reconciliation needs someone to tell him the difference between right and wrong? That seems disingenuous.

"It’s crucial for our democracy, the integrity of our courts and our faith in our government. Let’s hope we hear from her soon." #cdnpoli

It may not be long before Wilson-Raybould speaks publicly.

She said in her resignation statement that she has retained a lawyer — retired Supreme Court of Canada justice Thomas Albert Cromwell, CC — to determine what she’s legally allowed to say.

But even her silence speaks volumes about Canada and the Liberal government.

“I think it is unprecedented in modern times in Canada to see a resignation from cabinet over such important matters of constitutional principle and government policy,” said Matt James, an associate professor of political science at the University of Victoria. “Further, the persistent leaks to media of PMO talking points that attack Wilson-Raybould personally signal an at least implicit abandonment of Trudeau’s earlier and quite conspicuously staked out claims to moral high ground on matters of feminism and Indigenous relations.”

The damage is already significant and its fallout will dominate politics in Ottawa for many months to come, James said in an email.

The talking points James refers to include allegations that Wilson-Raybould is difficult to work with and self-centred. That innuendo so incensed the Union of B.C. Indian Chiefs that the group issued an open letter demanding Trudeau publicly condemn it as racist and sexist.

“These disingenuous statements are cowardly, low blows aimed at discrediting the staunch work ethic Minister Wilson-Raybould has maintained,” the UBCIC said in its letter. “They perpetuate colonial-era, sexist stereotypes that Indigenous women cannot be powerful, forthright, and steadfast in positions of power, but rather confrontational, meddling and egotistic.”

Further, the chiefs urge Canadians to look beyond the rumours.

“Hopefully, Canadians will also see the negative conduct and discriminatory rhetoric for what it is: an attempt to save face and initiate damage control about the purported wrongdoings of your office by attacking and discrediting a prominent Indigenous woman and leader.”

Her integrity is her hallmark, B.C. Grand Chief says

B.C.’s Grand Chief Stewart Phillip, who is president of the UBCIC and who worked with Wilson-Raybould for several years when she was a regional chief on the B.C. First Nations Leadership Council, said he thinks Trudeau feels threatened by “brilliant, dynamic, intelligent and articulate women.”

He described a recent Assembly of First Nations meeting where Chief Judy Wilson asked Trudeau a question he didn’t like and he disregarded the question, became patronizing and started calling her by her first name, instead of by her proper title as chief.

When Trudeau was speaking about Wilson-Raybould in Winnipeg on Tuesday, he repeatedly referred to her as simply Jody.

Phillip says Wilson-Raybould is a “wonderful person,” who is a “highly committed and dedicated individual who was very conscientious and an absolute workhorse.”

“The hallmark of her professionalism is her deep sense of integrity to the work that she does,” he said.

As far as Phillip is concerned, the government’s intentions about reconciliation with Indigenous people are also in doubt.

“It tears the face off the farce of Trudeau’s lofty public rhetoric about Indigenous peoples being the most important relationship for his government and reconciliation being his priority when he’s acted contrary to the interests of Indigenous peoples,” he said.

Liberal MP Hedy Fry, who has represented the riding of Vancouver Centre, adjacent to Wilson-Raybould’s Vancouver-Granville riding, since 1993, said it’s always sad to see a member of cabinet leave.

“I liked her,” Fry said in an interview.

When asked if she found her difficult to work with, Fry said no.

“I didn’t work with her on her files, per se. But I don’t have a reason not to like her,” Fry said.

Fry didn’t want to comment on what the loss of Wilson-Raybould from cabinet means for women or Indigenous people.

“The prime minister … said it’s an all-of-government approach — every department is looking at Indigenous issues,” Fry said in an interview. “I don’t think the rise and fall of anything rests with one person.”

Finally, there is the issue that the government may have tried to meddle in the courts, in this case to benefit a Quebec corporation, something that evokes images of back room deals, the old boys club and the wealthy helping the wealthy.

Since the SNC-Lavalin allegations, further accusations that the prime minister’s office are meddling in court business have surfaced in the case against Vice-Admiral Mark Norman, whose lawyers have raised questions about the independence of federal prosecutors.

The director of the independent Public Prosecution Service of Canada has denied any political interference occurred in the Norman case or in any other file.

Meanwhile, international tensions are high over the court case involving Meng Wanzhou, Huawei Technologies chief financial officer, who was arrested in Vancouver and may be extradited to the United States. As that case has proceeded, the Prime Minister’s Office has insisted that Canada respects the independence of the courts and rule of law.

Consider these three cases in light of comments made by former NDP leader Tom Mulcair on a CTV panel: “The rule of law is that the law applies equally to everyone,” Mulcair said. “This is the Animal Farm rule of law that some people are more equal than others. That’s what happens in Canada. If you’re rich and powerful in Canada, your buddies are going to get you off. That’s what the public is going to see here.”

When she was shuffled out of her role as attorney general, Wilson-Raybould released an illuminating statement, saying, “It is a pillar of our democracy that our system of justice be free from even the perception of political interference and uphold the highest levels of public confidence. As such, it has always been my view that the attorney general of Canada must be non-partisan, more transparent in the principles that are the basis of decisions, and, in this respect, always willing to speak truth to power.”

Once she’s free to speak publicly on this matter, Canada is counting on Wilson-Raybould to continue to “speak truth to power.” It’s crucial for our democracy, the integrity of our courts and our faith in our government. Let’s hope we hear from her soon.

Editor's note: This article was updated at 8:30 ET on Feb. 14, 2019 to clarify that a Globe and Mail report said that the prime minister's office had pressured her to intervene in the prosecution of SNC-Lavalin, and not to stop it. It was updated again at 3:54 p.m. to include additional background information from a statement made by the director of the Public Prosecution Service of Canada who denied any political interference had taken place.

Tracy Sherlock writes about B.C. politics for National Observer. Reach her with tips and comments at [email protected]