Trump-dominated board to close coal plant, despite his plea 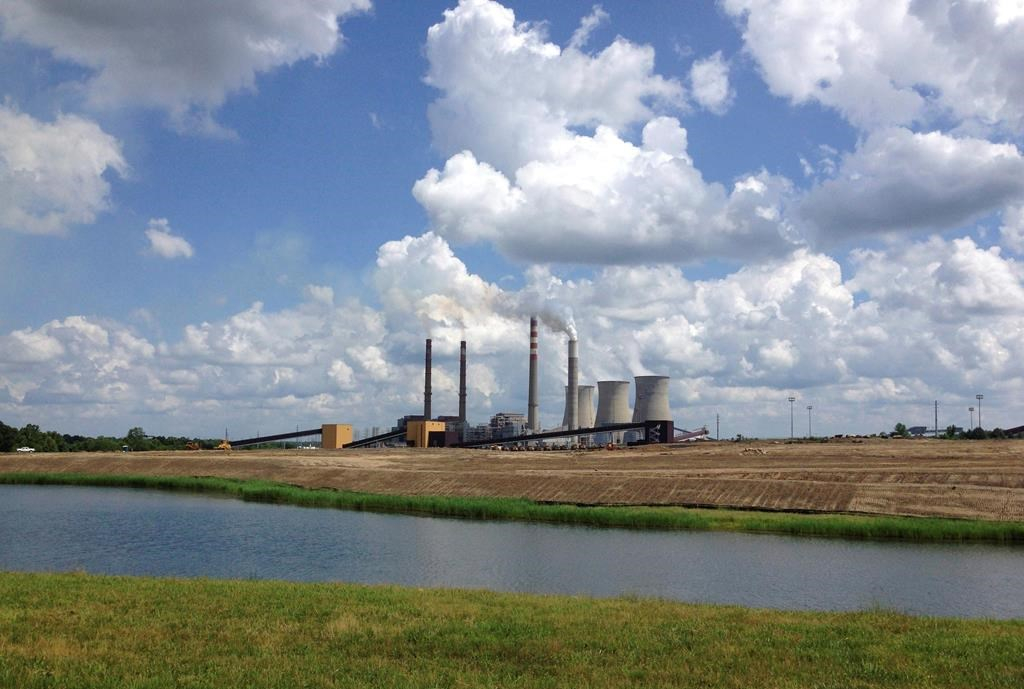 A federal utility board voted Thursday to close a coal-fired power plant in Kentucky, rejecting pleas from President Donald Trump and U.S. Senate Majority Leader Mitch McConnell and handing the coal industry a defeat in its backyard.

The Tennessee Valley Authority voted to retire the remaining coal-fired unit by December 2020 at the Paradise Fossil Plant along the Green River in Muhlenberg County, Kentucky. The decision could put 131 people out of work and will affect an additional 135 people who work in nearby coal mines that supply the plant, including one owned by a major Trump campaign donor.

The board also voted to close the Bull Run Fossil Plant near Oak Ridge, Tennessee, by December 2023.

"It is not about coal. This decision is about economics," TVA CEO Bill Johnson said. "It's about keeping rates as low as feasible."

The decision continues the TVA's trend of retiring its aging coal-fired power plants in favour of cheaper and cleaner energy sources, including natural gas. In December, amid heavy rains and several plant outages, the TVA supplied more power from hydroelectricity and renewables than coal for the first time since the 1950s.

The shift has frustrated political leaders in Kentucky, including McConnell.

"We hoped the TVA would listen and be on our side, but instead, they rejected coal ... and ignored the impact this decision will have on hundreds of hard working Kentuckians and their families," McConnell said.

At one time, Muhlenberg County was the nation's top coal producer, inspiring folk singer John Prine to pen his 1971 standard "Paradise." But since then, the coal industry has declined as energy companies look for more efficient ways to produce power.

The Paradise Fossil Plant in Kentucky opened in 1963 and was designed to produce power all the time. Johnson noted much of that energy is wasted during low-usage times, such as early in the morning.

"The overall costs to our customers would be $320 million lower if these two plants were not in the fleet," TVA CEO John Thomas told the board.

Environmental groups celebrated the decision, with the Sierra Club applauding the TVA for ignoring "political posturing" to "close these dirty, expensive, and unnecessary coal units."

"Once again, Trump's cynical efforts to bail out millionaire coal executives have been overcome by the reality that coal plants can no longer compete," said Mary Anne Hitt, director of the Sierra Club's Beyond Coal campaign.

But TVA CEO Bill Johnson said the environmental impact "wasn't a driving factor" in the decision to close the plant.

Trump has often expressed doubt about climate change and said he does not believe action is needed to reduce greenhouse gas emissions that contribute to global warming. He has vowed to save the coal industry, centred in an Appalachian region that overwhelmingly voted for him in 2016.

A coal mine that supplies the Paradise Fossil Plant is owned by a subsidiary of Ohio-based Murry Energy Corporation, whose CEO Robert E. Murray is a major campaign donor to Trump's campaign.

Trump tweeted Monday that "Coal is an important part of our electricity generation mix," and urged the TVA to "give serious consideration to all factors before voting to close viable power plants, like Paradise #3 in Kentucky!"

Trump appointees have a 4-3 majority on the TVA's board at the moment, but the president's tweet was not enough to persuade them. One of the few "no" votes came from Kenny Allen, a retired coal executive who lives in Kentucky.

"I'm just not completely comfortable with the recommendation because the impact and ripple effect on community cannot be fully quantified," he said.

Johnson said the TVA would work to help the plant's employees. He indicated the TVA could sell the plant or redevelop the land, noting Google is building a $600 million data centre on the site of the former Widows Creek Fossil Plant in Jackson County, Alabama.

"If we could make our decisions based on our sympathetic feeling it would be easy," TVA board member Virginia Lodge said. "Unfortunately, we've all taken oaths to do what we think is best for the entire valley."

Meanwhile, the Trump administration has approved two coal mining projects in southern Utah, including one near a national park.

The U.S. Department of the Interior announced the projects in a news release Thursday declaring "the war on coal is over" and touting new jobs they will create.

New US oil and gas drilling to unleash 1,000 coal plants’ worth of pollution by 2050