International rules must be enforced, Freeland says after Munich conference 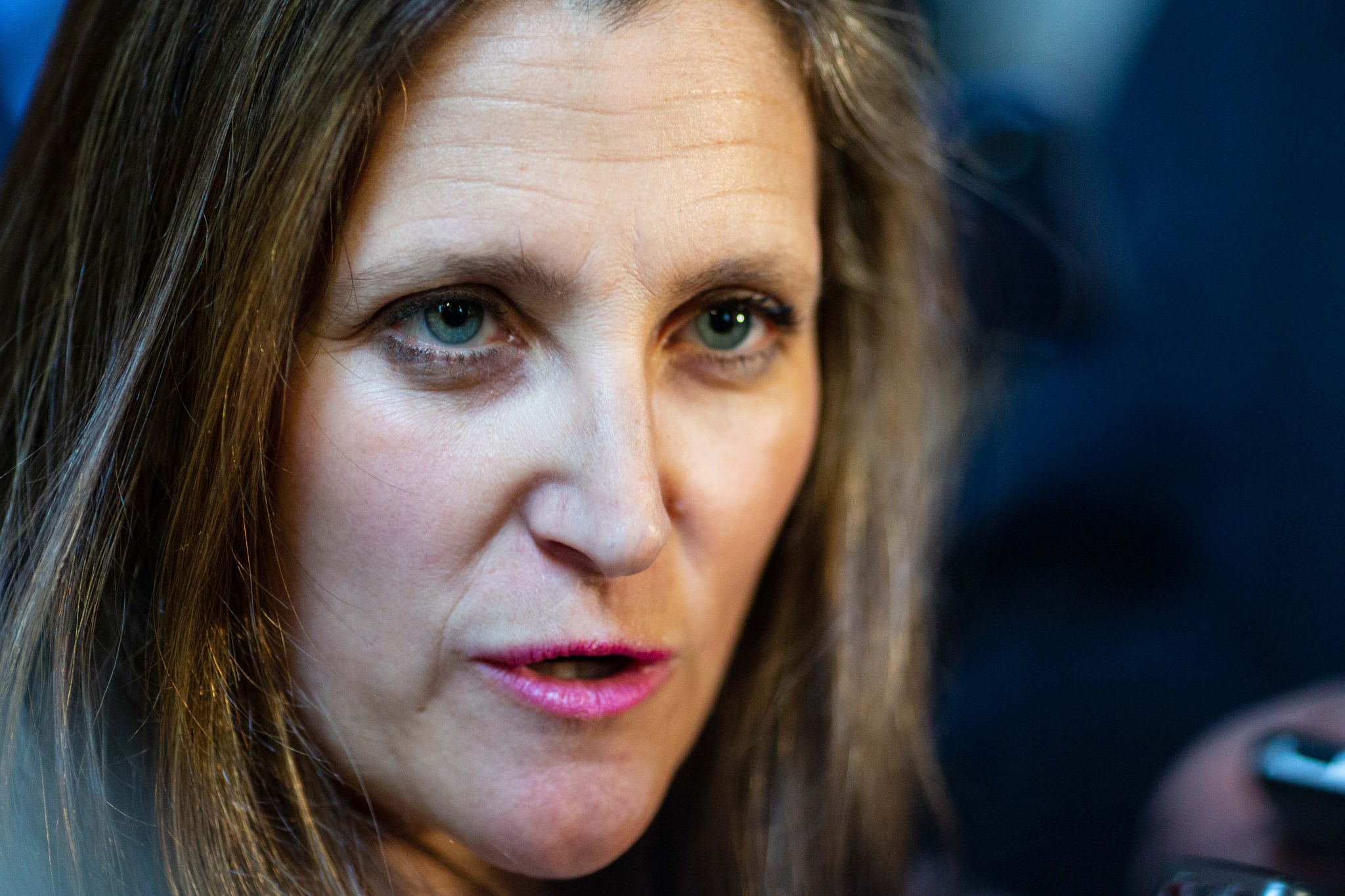 Canada will continue to meet with like-minded nations as it aims to bridge divides between countries at a time of simmering international tensions, Foreign Affairs Minister Chrystia Freeland said from Germany on Saturday.

The approach is necessary as Canada strives to reinforce the "rules-based international order," Freeland said in a conference call with reporters as she wrapped up her time at the Munich Security Conference.

"We also think we need to ... bring together specific coalitions around specific issues," she said, listing the Lima Group — which helped empower Venezuela's opposition in its fight against President Nicolas Maduro — as an example of Canada doing just that.

The group helped identify the politician Canada and its allies recognize as Venezuela's real leader, Juan Guaido, as a contender to bring down Maduro's regime.

"There is now a very long list of countries who have recognized Juan Guaido as interim president," she said. "That is a sign that the international community is coming together around democracy in Venezuela."

But she added that Canada is not — and should not be — leading the fight against Maduro.

"This is a process led by the people of Venezuela," she said. "They are the ones who need to win this effort. Our job as the international community is to support them, and that is very much what we're doing."

She said that beyond seeking out like-minded countries, Canada will continue to name and shame those involved in human rights abuses, listing the country's involvement in protesting the genocide of Rohingya Muslims in Myanmar as an example of such an approach.

The federal government has appointed former Liberal MP Bob Rae as Canada's special envoy to Myanmar and pledged $300 million over the next three years to combat the crisis there. Last September, Parliament voted unanimously to strip Myanmar's de facto leader, Aung San Suu Kyi, of her honorary Canadian citizenship for failing to stop the atrocities committed against the Rohingya people.

Freeland's public push for a rules-following international order also comes in the midst of an ongoing dispute between Canada and China, following what she called the superpower's "arbitrary" detention of two Canadians in apparent retaliation for Canada's arrest of Huawei executive Meng Wanzhou.

Freeland said the detention of Michael Spavor and Michael Kovrig was central to her discussion with Rob Malley, president of the International Crisis Group, and is yet another example of nations rallying together.

"The ICG has been a very important partner in working to build international support," she said.

Numerous countries — including Germany, France, the Netherlands, the U.K., Australia, Estonia, Lithuania and Latvia — have spoken against the men's detention. Earlier this week in Munich, U.S. Sen. Lindsey Graham said the American response had not been strong enough.

US ambassador: Arrests of Canadians in China unacceptable