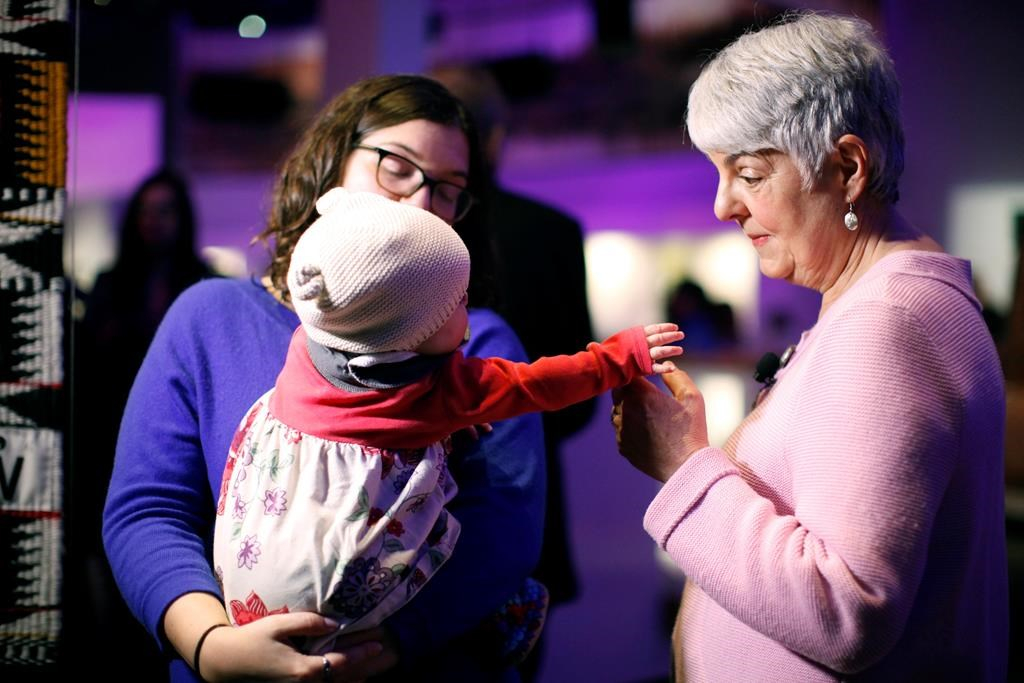 Finance Minister Carole James meets with Sam Montgomery and her daughter MJ as they tour the Our Living Languages exhibit at the Royal B.C. Museum in Victoria, B.C., on Monday, February 18, 2019. Photo by The Canadian Press/Chad Hipolito
Previous story
Next story

"Let's remember both child care and housing are economic tools," she said. "It's a very clear economic strategy as well. We'll be looking at how we expand the opportunities for families."

The balanced budget will include funding details on the government's plans to reduce poverty and fight climate change, James said.

The government passed legislation last year to cut B.C.’s overall poverty rate by 25 per cent and chop the child poverty rate in half in the first five years of the plan.

The government's Clean BC climate plan, introduced in December, pledged to cut greenhouse gas emissions by 40 per cent by 2030, 60 per cent by 2040 and 80 per cent by 2050. Also by 2040, all new cars and trucks sold in B.C. will be zero emission and new buildings will be 80 per cent more efficient than they are now.

James took advantage of free admission at the Royal British Columbia Museum in Victoria on the provincial Family Day holiday Monday to spend time with her children and grandchildren and talk to the media about her budget.

The document will outline the government's goals to improve affordability for people in B.C. while building a solid economy, she said.

The minister said that the former B.C. Liberal government focused on a strong economy and told everyone else in need to wait.

"Our approach is you need to invest in people because they help build the strong economy. You can and you should have both and that's really the focus we're taking into budget 2019."

B.C.'s poverty-reduction strategy will work across ministries looking at investments and supports that can be implemented to help people get ahead, she said.

However, James was still deciding which of the two pairs she bought at a two-for-one sale that she'll wear Tuesday, she said with a laugh.