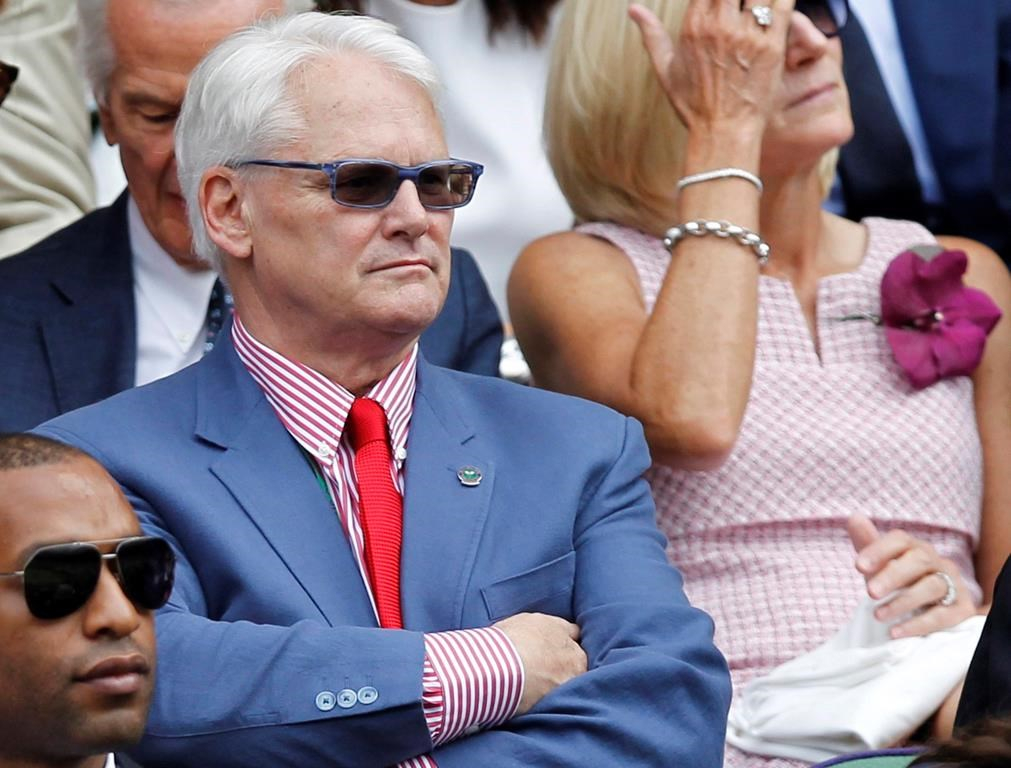 Gordon Campbell, center, sits in the Royal Box on centre court prior to the women's singles final between Eugenie Bouchard of Canada and Petra Kvitova of the Czech Republic in Wimbledon, London, on July 5, 2014. File photo by The Associated Press/Sang Tan
Previous story
Next story

A global communications marketing firm says it is suspending its contract with former British Columbia premier Gordon Campbell in light of an allegation in a British newspaper that he groped a woman in the United Kingdom.

Edelman says in a statement that Campbell has served as a special adviser to the firm since last July, and was engaged on a part-time basis as a consultant through a retainer agreement.

However, the company says it and Campbell have "mutually decided to suspend their consulting arrangement" until a police investigation in the United Kingdom is complete.

On Friday, the Daily Telegraph reported that London police are investigating a complaint from a woman who was an employee at the Canadian High Commission when Campbell was high commissioner to the U.K.

The newspaper says the complainant alleges she was groped in 2013 and filed a complaint with police in January.

The Metropolitan Police in London could not be reached for comment on Friday or Saturday.

Campbell also could not be reached for comment, but a spokesman issued the following statement on his behalf:

"This complaint was transparently disclosed and became the subject of a full due diligence investigation at the time by the Government of Canada and was found to be without merit."

The Daily Telegraph story includes the woman's name, but The Canadian Press does not identify alleged victims of sexual assault without their active consent and was not able to contact the woman.

Campbell was premier of British Columbia from 2001 until 2011. He was appointed high commissioner to the U.K. in 2011 and left the diplomatic post in 2016.