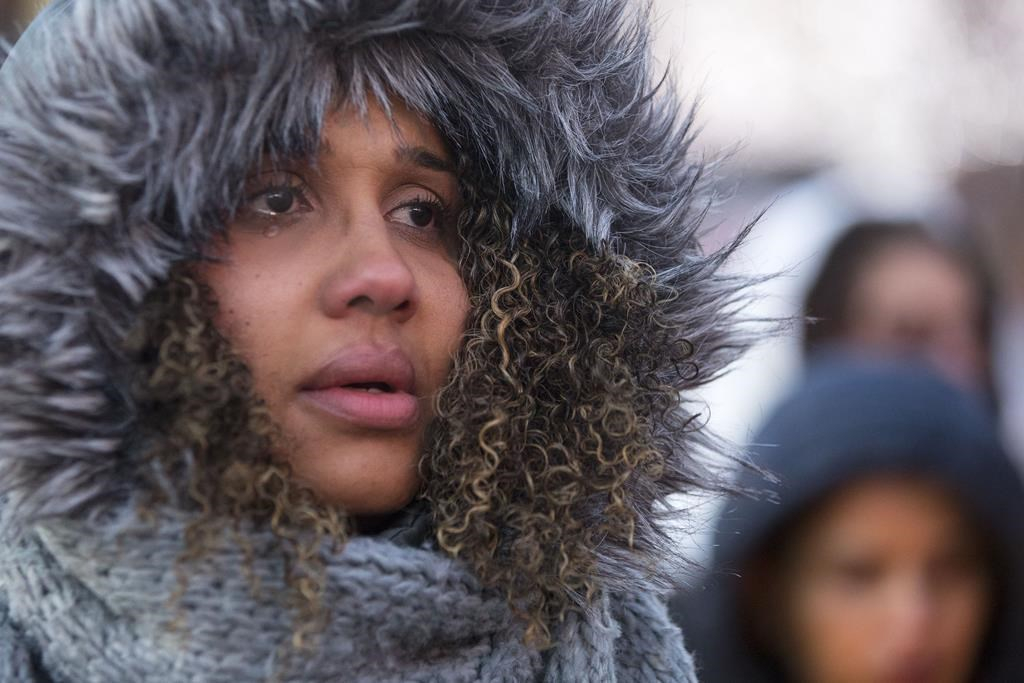 A woman sheds a tear during candlelight vigil held for Riya Rajkumar in Brampton, Ontario on Tuesday 19, 2019. Photo by The Canadian Press/Chris Young
Previous story

An 11-year-old girl allegedly killed by her father in southern Ontario was a dreamer, a dancer and a singer who "always saw the good in every situation."

About 100 mourners gathered to listen to speeches, poems and songs as the community remembered Riya Rajkumar in Brampton, Ont., Tuesday night.

"My daughter Riya was taken from me too early," Priya Ramdin, who did not attend the vigil, said in a statement read by Peel police Deputy Chief Chris McCord.

"She never liked to be negative and always saw the good in every situation. If I'm ever upset, she would say 'Mama, don't be sad, look at the positives.'"

The day Riya died — Valentine's Day — was also her and her mother's birthdays.

"Early that day, we went to do our nails and her choice of colour was red," Ramdin said.

"She was so excited for her birthday, looking forward to having dinner later that evening. Never did I think that my daughter would not return back to me."

Riya became the subject of an Amber Alert late Thursday night after police say her mother allegedly received information that her father planned to hurt both the child and himself.

Police later broke down the door to her father's home in Brampton, where Riya was found dead.

Roopesh Rajkumar, 41, was arrested some 130 kilometres away and was hospitalized with a self-inflicted gunshot wound. He has been charged with first-degree murder in her death.

"Riya was a dreamer," her mother said.

"She wanted to become a doctor, drive a Lamborghini and one day own a mansion."

Ramdin described her daughter as her best friend and a social butterfly who loved to spend time with her family and friends.

"She was a little princess who loved dressing up, having her hair curled and done up," Ramdin said.

"She touched a lot of lives with her laughter and contagious big smile. It breaks my heart to know I will no longer be seeing that smile, hearing her voice and never having her in my arms again."

Several politicians attended the vigil, including the mayor of Mississauga, Ont., where Riya lived with her mother and went to school.

"Let this tragedy serve as a stark reminder that as a society, we can and we must do better to protect our women and our young girls from violence because this is simply unacceptable," Mayor Bonnie Crombie said.