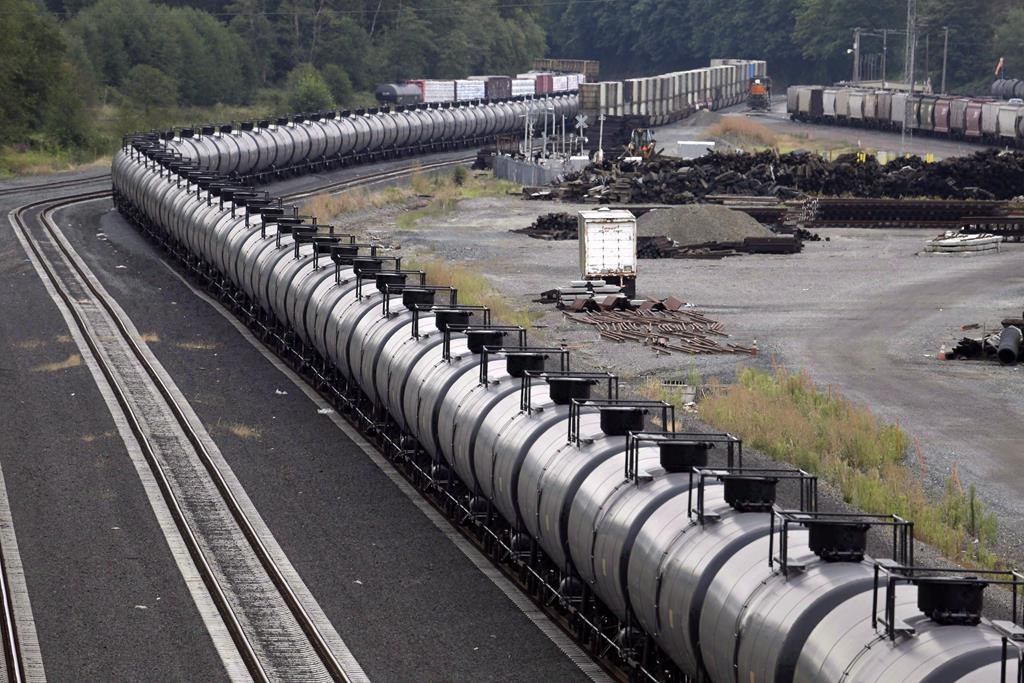 A northbound oil train sits idled on tracks, stopped by protesters blocking the track ahead, in Everett, Wash., on September 2, 2014. File photo by The Associated Press/Elaine Thompson
Previous story

The National Energy Board says crude-by-rail exports from Canada reached a record high in December.

On Tuesday, Alberta Premier Rachel Notley announced the province will invest $3.7 billion to move up to 120,000 barrels of oil per day by rail by 2020 under deals with Canada's two major railways.

Initial daily shipments of 20,000 barrels are expected to begin as early as July.

Some producers have complained that the lower differentials make crude-by-rail shipments less profitable.