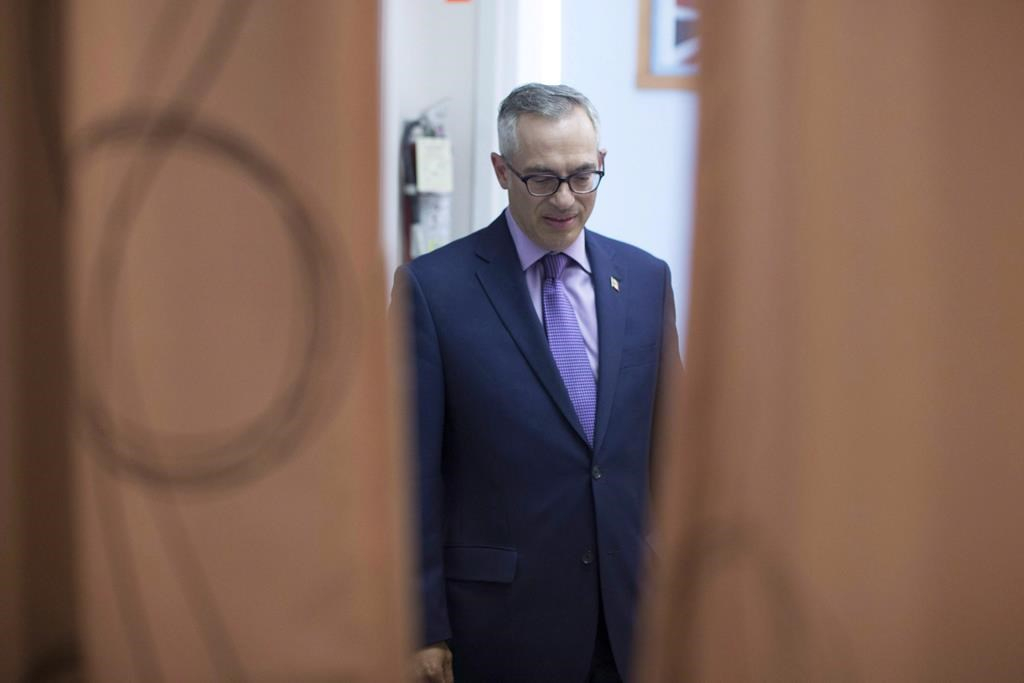 Conservative MP Tony Clement waits to be introduced to supporters at a rally in Mississauga, Ontario to announce his candidacy for the leadership of the Federal Conservative Party on July 12, 2016. File photo by The Canadian Press/Chris Young
Previous story

MP Tony Clement is breaking his social media silence for the first time since a sexting scandal forced him out of the Conservative Party.

Clement made his first post to Instagram Wednesday since he resigned as a Conservative MP in November.

Wednesday's post includes a picture of him standing in the new House of Commons with a statement thanking his followers for getting him through the "dark valley" after the scandal broke.

In November Clement admitted he shared explicit images online with someone he believed to be a consenting female adult but who then turned around and demanded he pay 50,000 euros to prevent the images from going public.

He initially claimed it was a one-time lapse in judgement but when it became clear it wasn't, Conservative leader Andrew Scheer asked him to resign from the party caucus.

Clement now sits as an independent and says he is getting back to his duties as the MP for Parry Sound-Muskoka.

“I had a severe personal crisis and it manifested itself in the irrational behaviour that became apparent and for which I take full responsibility,” Clement says on Instagram.

He also says he was “getting the counselling I needed and working on my family life” during his time away from office.

Earlier this year, two men in the Ivory Coast were arrested and charged with trying to blackmail Clement.

The RCMP is continuing to work with the Ivory Coast’s cyber crimes unit.