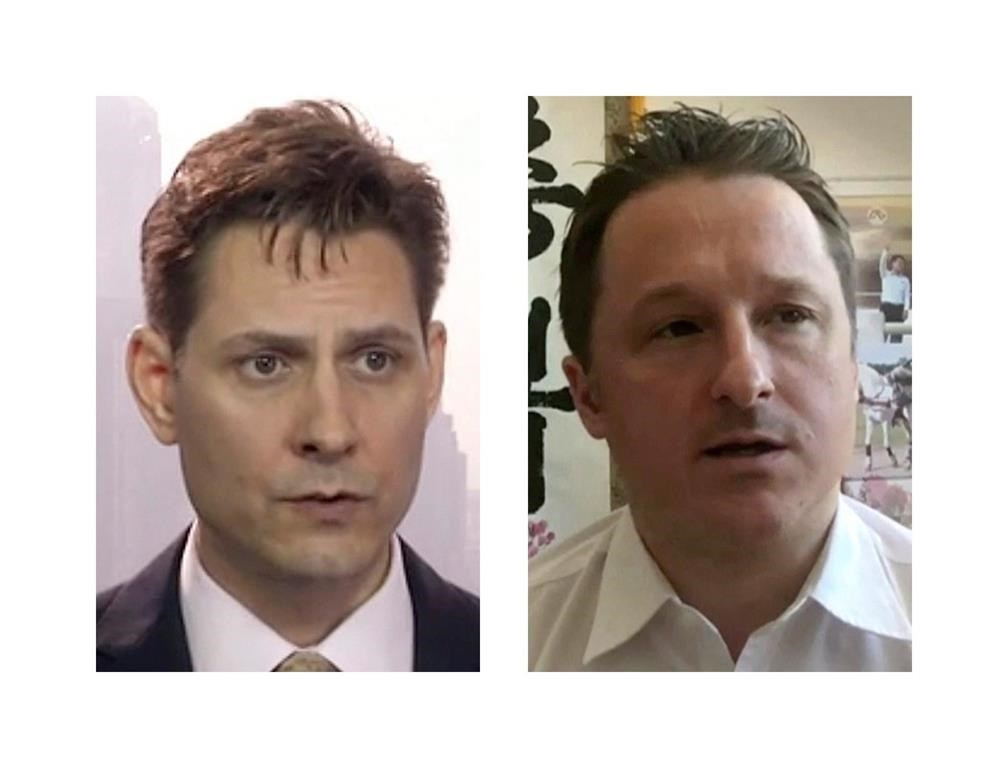 Sarah Taylor, the director-general of the north-Asia bureau at Global Affairs Canada, made the pitch for the 45-year-old Canada-China Scholarship Exchange Program during a Dec. 18 event at the Chinese Embassy in Ottawa.

"My department is proud to support the CCSEP and is eager to see a broader representation of Canadians from across the country, at the university and college level," Taylor said in prepared remarks released under Canada's access-to-information law.

The government continues to promote the lucrative exchange program, which has a final application deadline of next Friday, even though it has elevated its travel advisory to China with a warning that Canadians are at "risk of arbitrary enforcement of local laws."

David Mulroney, a former Canadian ambassador to China, said Taylor's remarks might have been well-intended but Canada simply can't continue to conduct business as usual with China.

"It sends the message to the Chinese that, no matter what we say, we want the relationship to continue as if nothing had happened. I simply can't see us holding such an event with any other country if they were holding two of our citizens hostage," said Mulroney, who served as Canadian ambassador to China from 2009 and 2012.

Adam Austen, a spokesman for Foreign Affairs Minister Chrystia Freeland, said Canada continues to call for the release of Kovrig and Spavor after their arbitrary detentions, but the exchange program is good for relations.

"These exchanges provide international academic experience to both Canadian and Chinese students and researchers — and foster co-operation between our two countries," he said.

Kovrig and Spavor were detained nine days after the RCMP arrested Huawei executive Meng Wanzhou in Vancouver on Dec. 1 at the request of the United States, which is seeking her extradition on fraud charges.

Nine days later, China detained former diplomat Kovrig and entrepreneur Spavor on allegations that they were endangering the country's national security. China denies the arrests are retaliation for Meng's detention.

Kovrig and Spavor have not been formally charged, have been denied access to a lawyer or family members, and are being granted only monthly access by Canadian diplomats. Meng has since been released on bail and is living in a Vancouver mansion.

There was little mention of the diplomatic dust-up at the Dec. 18 event at the Chinese Embassy, which was attended by a several dozen people, including leading Canadian academics and business leaders, as well as past students in the program.

"We are currently accepting applications from Canadians wishing to study, research or pursue language-training in China during the 2019-2020 academic year. I encourage you to share this opportunity with your respective networks so they can apply before the deadline on March 1, 2019," Taylor said.

Taylor said that strong "people-to-people connections have been the bedrock of our dynamic bilateral relationship" and that both countries view "education co-operation" as a strategic priority.

Canada's continued engagement with China on the education exchange is indicative of its "national myopia" in relation to the People's Republic, said Mulroney.

"If any other country had detained Canadians in a similar manner, all government-sponsored exchanges would immediately be put on hold," said Mulroney.

"It's not our fault that China has made it riskier for scholars to work there, nor should we be so eager to contribute to the fiction that it's business as usual," he added. "To get our future engagement of China right, we're going to have to change things, and see the relationship in entirely new ways. That's really hard to do, but it's absolutely necessary."

Bonnie Glaser, the director of the China Power Project at the Washington-based Center for Strategic and International Studies, said she has never opposed government scholarships for study in China.

"At this particularly sensitive period, however, if I were a Canadian citizen I would be cautious about travelling in China or studying abroad there."